Made In Dagenham - Grand Theatre, Wolverhampton

Girl power is the buzz word this week in Wolverhampton. No, not the Spice Girls but the workers of Ford in Dagenham as short lived West End musical Made In Dagenham arrives at the Grand Theatre in the very capable hands of West Bromwich Operatic Society (WBOS) who have just scooped the title of Best Am Dram Company 2016 in the recent What’s On Readers’ Awards.

Made in Dagenham is a musical with music by David Arnold, lyrics by Richard Thomas, and a book by Richard Bean. Based on the 2010 film of the same name, which in turn was based on the real events of the Ford sewing machinists strike of 1968, the musical made its West End and world premiere at the Adelphi Theatre in 2014 and closed just 6 months later.

I first experienced a WBOS production last year when I visited the Grand to see their production of Ghost The Musical. WBOS were one of the first amateur companies in the area to take on this technical laden musical and once again they are one of the first to bring Made In Dagenham to the Midlands. Ghost won the society no less than 4 awards and a further 2 nominations in the Birmingham & District Theatre Guild Awards so I walked into the theatre tonight with huge expectations and looking forward to another superb show. 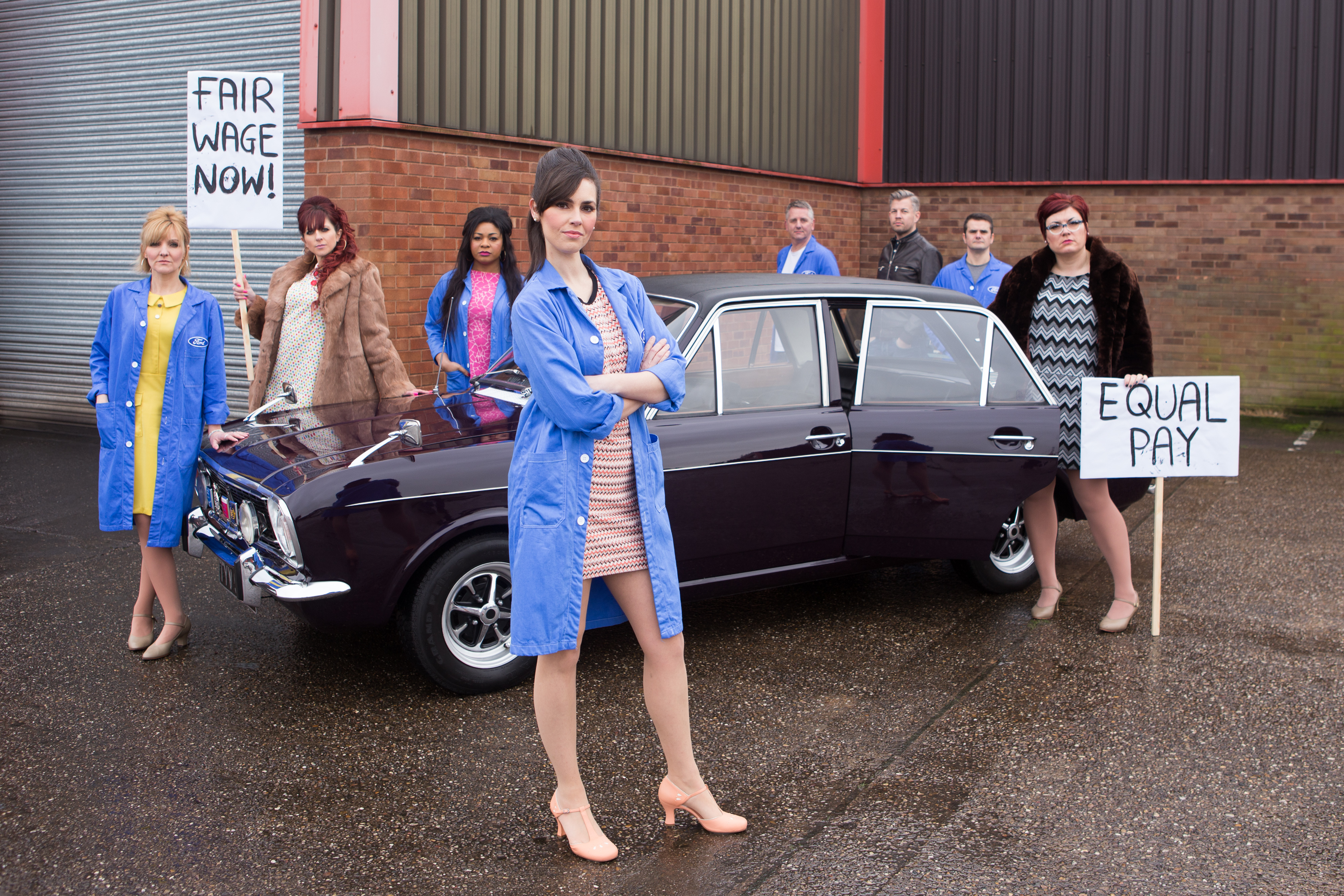 Rachel Davies leads the cast in the role of Rita, a Dagenham machinist who along with her co-workers begin a campaign for equal pay after a wage restructuring sees them become classed as unskilled. Davies plays the role to near perfection, shy and timid in the beginning and growing into the leader and spokesperson of the girls by the end of the show. Inspired by fellow worker Connie (Eileen Woolley) Rita is the focal point of the whole show and is supported at the beginning by her husband Eddie (John Wetherall). Wetherall took the role of Sam Wheat last year and his vocals are superb once more and his performance of ‘The Letter’ is one of the highlights of the evening.

The script for this show is pure comedy gold. Littered with a fair amount of swearing it is a gift for Lorraine Foggin playing Beryl. Foggin’s comic timing is a joy to watch and commands without question the biggest laughs of the night as she shines brightest on the stage.

Tim Jones as Harold Wilson and Sarah Moors as Barbara form a superb double act in Westminster as they battle against the unions in their own way. Public servants played by George Stuart, Aiden Cutler and Lyndon Flavell also provide laughs along the way.

The set was impressive and didn’t look out of place on the large Grand stage although some of the scene transitions were a little shaky tonight on opening night, the rake on the stage causing a number of ‘rolling’ moments throughout. Lighting and sound was also a little hit and miss tonight but I am sure that these will be ironed out.

This was a show of two halves for me with act 2 really delivering with some of the best songs within it. Made in Dagenham is a fun fast paced show and a challenge for any amateur company. WBOS took on that challenge and on the whole made a fantastic job of it. If you are in or around Wolverhampton this week grab yourself a ticket and ‘Stand Up’ with the girls of Dagenham.