Horse Being Careful on Stage

Powerhouse singer Horse has been belting out big tunes for thirty years but she recently starred in a well-received theatre show based on her life growing up gay in a small Scottish town. Paul Clarke found out more about Horse being Careful on stage as she embarks on a national tour with her band.

Horse has one of the biggest voices around but she is also a brilliant songwriter who has built up a diehard fan base that has followed the ups and downs of her career right from The Same Sky released in 1990.

She was also one of the first openly gay pop stars at a time when others choose to stay firmly in the closet, but last year Horse decided to tread the boards at the Edinburgh Festival in a play based on her life growing up a young lesbian in Newport on Tay.

“Careful is about pivotal moments in my life which shaped me, and the overall theme is about someone trying to find their voice appropriately enough,” says Horse. “Careful is one of my songs, and there are references to that all the way through, so it is also subliminal - I need to be careful about this or that. 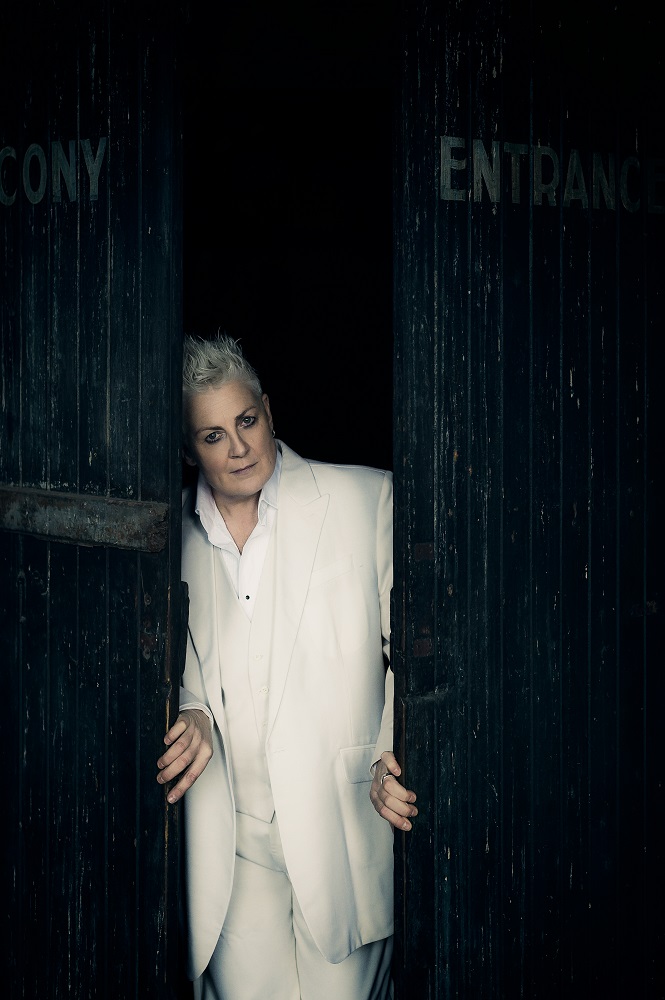 “It’s heart-warming and devastating in equal measures. It was dark times for me to go through the stories, and I spent hours at a time Skyping with Lynn Ferguson, who co-wrote the play, and went through some really difficult stuff that I dealt with.”

In a more open society with inspirational gay figures everywhere in our culture it is sometimes difficult to recall the darker days of the 1970s when homophobia was part of primetime TV and everyday life. Horse has decided to go back to that time when she suffered regular abuse for just being who she was, but also looks at how things have changed since then.

“I was bullied, but as I was leaving school, so it was almost like the school boundaries stopped anything bad happening to me, but when I left to go home walking down the street that’s when stuff went on. I actually go through being chased and attacked by a gang.

“There’s also a moment when my wife Alanna and I go to the Scottish Parliament on the day of the equal marriage vote so we recreate that scene. I don’t want to say too much as we want to bring it down South as we did run of 28 nights at the Edinburgh Festival which was a real baptism of fire, but the audience left in utter silence.

“In the whole play I only sing one tiny snippet of Never Not Going To, and when my parents die I sing a little bit of Breathe Me, so I found that incredibly moving. At the end people are gagging for me to sing so it is uplifting when I finally get to that point, and it is perfectly appropriate for me sing as it a particular performance in my life and I sing Careful.”

Horse did find the process of delving into some of the darkest moments of her life draining, but part of the catharsis she experienced during the run was hearing from others who were moved to share their own stories after the curtain came down.

“People came back to talk to me, tell me stories, just hug me or for me to hug them. It was shocking some of the stories people told me and although I’m gay the whole story is about trying to find yourself and be yourself.

“There is a real sense that it does get better for most people, and it shows my journey, and the horrible things that happened to me. And look, I’m married now, things have changed politically and it’s different."

Anyone who has seen Horse perform in her day job knows she has an utterly distinctive voice as well being a relaxed performer comfortably interacting with her audience. So, you might think that it was a natural progression for her to become a thespian.

“It was an utter nightmare as it is the antithesis of singing,” laughs Horse. “You think you have a sense of freedom when you become a different character, but I had to learn to become a character that was me, and you can’t come out of character, but it was me. I had to play myself as an eight year old, 12, 17 and at 24, and I wasn’t allowed to come of character.

“Maggie Kinloch, the director, was frustrated because as a singer I use my hands, I move from side to side and her stock phrase was stillness. At one point during rehearsals, when I was getting particularly out of control, she lay across my feet and was saying ‘stillness.’

“The whole process was an exquisite pain, but joyful and frightening at times too.”

Careful may end up doing a national tour, but in meantime Horse is going back to her first love getting on the road with her regular band playing all her classic sings as well some introducing new material which she is promising will be released as a single next year.