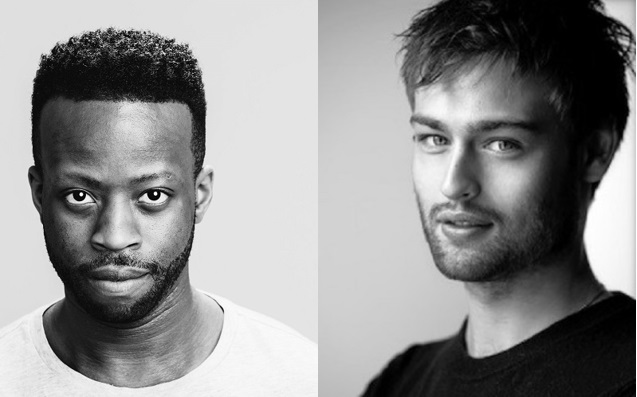 A powerful new play by the award-winning American writer Ken Urban, A Guide for the Homesick will make its European debut at Trafalgar Studios Two from 16 October – 24 November. This gripping thriller will star Douglas Booth (Jupiter Ascending, Speech and Debate) and Clifford Samuel (McMafia, The Events) and is directed by Jonathan O’Boyle.

A tender and bittersweet play about conscience and connection. Teddy is searching for a friend for the night. Jeremy is searching for a beer. Worlds apart and miles away from home, two strangers, consumed by their own secrets, find each other in a hotel room in Amsterdam. Can you confess your greatest fear to a stranger?

A Guide for the Homesick has designs by Jason Denvir, lighting by Nic Farman, sound by Max Perryment and is produced by Stage Traffic Productions. 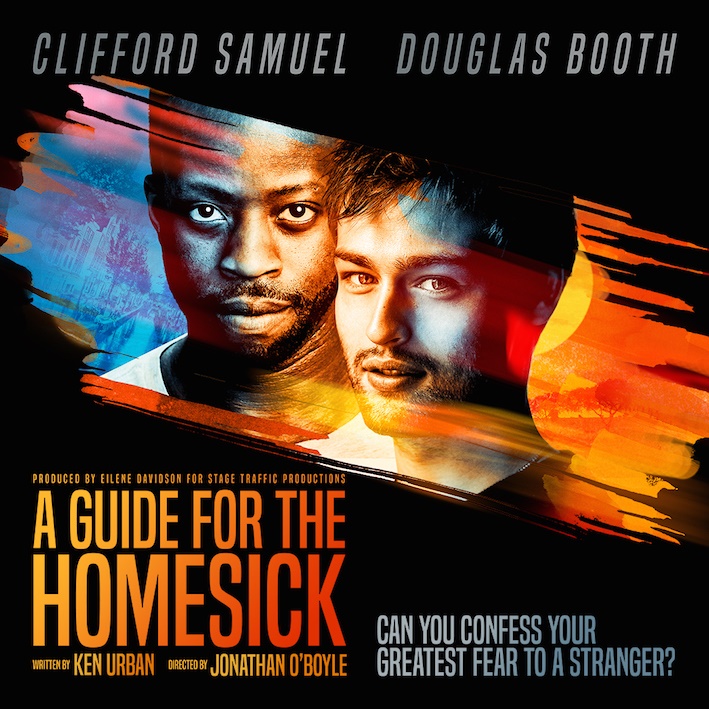 Ken Urban’s (Playwright) plays include: The Remains, Sense of an Ending, The Correspondent, A Future Perfect, The Awake and The Happy Sad. His plays have been produced in New York by Rattlestick Playwrights Theater, The Amoralists Theater Company, 59E59 Theatres, The Summer Play Festival at The Public and Studio 42. His work has also been produced at Theatre503 in London, First Floor Theater in Chicago and SpeakEasy Stage Company in Boston. He has developed new plays at Playwrights Horizons, Huntington Theater Company, Theatre @ Boston Court, Williamstown Theatre Festival, Donmar Warehouse (London) and The Civilians R&D Group. Recent productions include: A Guide for the Homesick (Huntington Theatre Company, Boston); Nibbler (Rattlestick Playwrights Theatre, New York) and The Remains (Studio Theatre, Washington DC). Awards include: The Weissberger Playwriting Award, New York Foundation for the Arts Fellowship, Huntington Theater Playwriting Fellowship, MacDowell Colony Fellowships, Headlands Artist Residency, Djerassi Artist Residency, Dramatist Guild Fellowship and Virginia Center for the Creative Arts Fellowship. Ken is a Resident Playwright at New Dramatists and an Affiliated Writer at the Playwrights’ Center. He wrote the screenplay for feature-film adaptation of The Happy Sad, which screened internationally at over 25 film festivals, and is now available on iTunes, Hulu and Amazon. His TV pilot The Art of Listening was optioned by ITV Studios and David Oyelowo’s production company Yoruba Saxon.

Stage Traffic Productions is a dynamic new UK/US theatre production company founded by Eilene Davidson and Michael Yale. Based in London, but looking at inspiration from around the globe, it is committed to creating productions with a strong emphasis on contemporary storytelling that truly resonates with modern audiences. The company’s last production, the debut play by comedian Katy Brand 3Women, enjoyed a hugely successful run at Trafalgar Studios opening in May 2018 and starred Anita Dobson, Debbie Chazen and Maisie Richardson-Sellers. Other past productions include Late Company, which also ran at Trafalgar Studios in 2017, was met with universal critical acclaim and made the shortlist for Best New Production of a Play at this year’s Broadway World Awards and the company’s inaugural production, the world premiere of new musical This Little Life of Mine, which ran at the Park Theatre in 2016. The show was nominated for many awards, including Best New Musical Production - OffWestEnd Awards and Best Musical, Best Director and Best Actress - Broadway World Awards. Eilene and Michael first met as actors 18 years ago and since then both have worked additionally in the role of writer, director and producer, both in the States and the UK.

A GUIDE FOR THE HOMESICK