The Royal Court Theatre is one of those theatres that you always know what you are going to get whenever you enter its doors. If you have never been to Liverpool, you could probably get a good picture of the city and its people by spending two hours watching one of its shows. You wouldn't understand 75% of the jokes, 50% of the words would be missed with the accents anyway but you would also get warmth, pride, passion and compassion as well as the humour. That is exactly what The Royal delivered tonight.

The Royal refers to Royal Liverpool University Hospital which was first opened in 1970s and is a bit of a carbuncle on the city skyline, but within the next 18 months it will be no more as the new Royal Hospital is under construction. The play takes place on the last day of the old Royals existence following the final two patients and three members of staff awaiting transfer to the new hospital before it is knocked down. 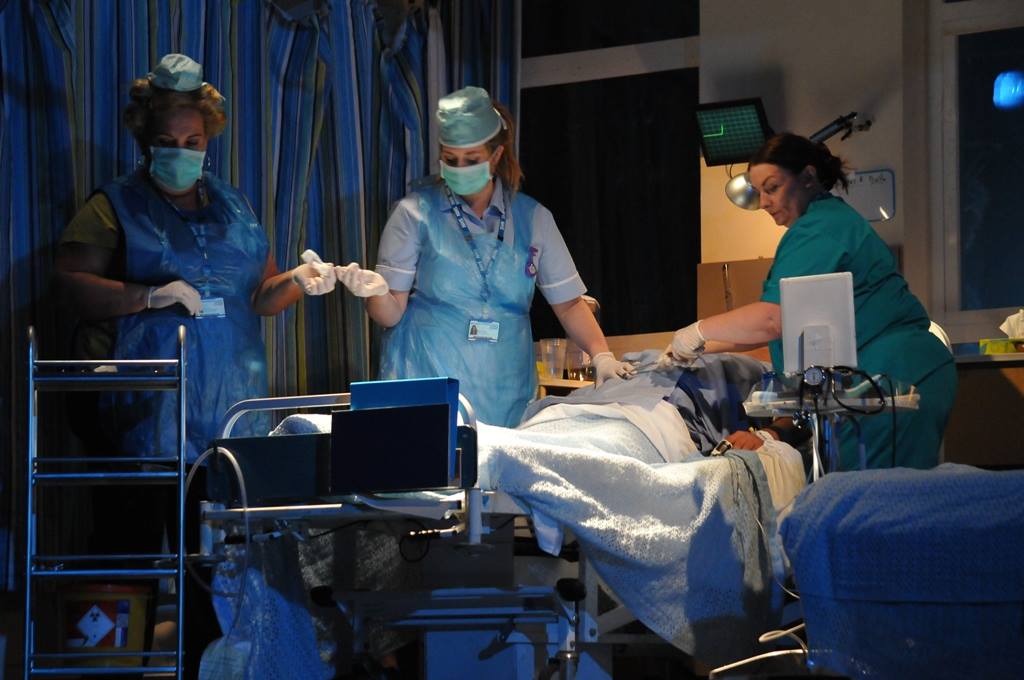 The staff, Holby City obsessed Nurse Florence Davies (Angela Simms), Brown Owl and Mortician Mo McGuire (Lynn Francis) and Tea Lady and wheeler dealer Teresa McDonald (Lindzi Germain) have the sort of relationship that can only be forged through years of working together, through adversity, and these key relationships are what generate the laughs, and laugh we did. The patients, the almost expired Mrs Llewellyn (Phillip Hesteltine) and appendicitis patient Walter Bush (Alan Stocks) whose suffering fed into the slapstick humour you expect from Royal Court shows.

The Royal is essentially a story of people and it wouldn't be the same without a bit of romance which comes from the return of Florence’s one true love, Irish demolition worker Paddy O’Shaughnessy (Danny O’Brien) who is determined to not lose Florence again, no matter what it takes, and they all go through a lot to ensure the lovebirds get their happy ending.

The set, designed by Mark Walters was amazing. Anyone who has ever visited the hospital would recognise it instantly, and it cleverly developed along with the storylines, truly enhancing the overall production and taking it to another level.

All of the six characters are vastly different but the one thing they have in common is The Royal Hospital, whether as a patient or because they had been inspired by the way the staff treated a family member. In fact this piece provided a stark reminder of just how important every single person involved in the NHS touches you during a time of need. Be it the billions of cuppas delivered to the recovering and the grieving or the person preparing the dead for their final journey. Through the laughs there was always an undercurrent of gratitude, laughing with the people not at them. The Royal Hospital Choir was even on hand to welcome visitors.

As with most shows at The Royal Court, it wouldn't travel, but if you have ever been to The Royal, your sides will ache.