Kiss Me Quickstep is the story of competitive ballroom dancing - both on and off the dance floor - and the real people behind the fixed smile and fake tans. A new play from Amanda Whittington, writer of Ladies Day and the hugely popular Be My Baby.

Justin and Jodie have finally made it to Blackpool's national championships - via the motorway hard shoulder. Luka's come all the way from Russia. Nancy's been training for this since she was just three. Lee and Samantha arrive on a wave of success.

But what if your dance-floor dreams are turning into a nightmare? How do you stop dancing to other people's tunes? What can you do if your partner's secret could cost you the crown? And, even when the whole world's at your feet, it only takes one false step....

Strictly Come Dancing has given Ballroom dancing a fresh new edge and fans of Strictly do not want to miss this exciting new play. There is passion. There is drama. Most importantly there is dancing. 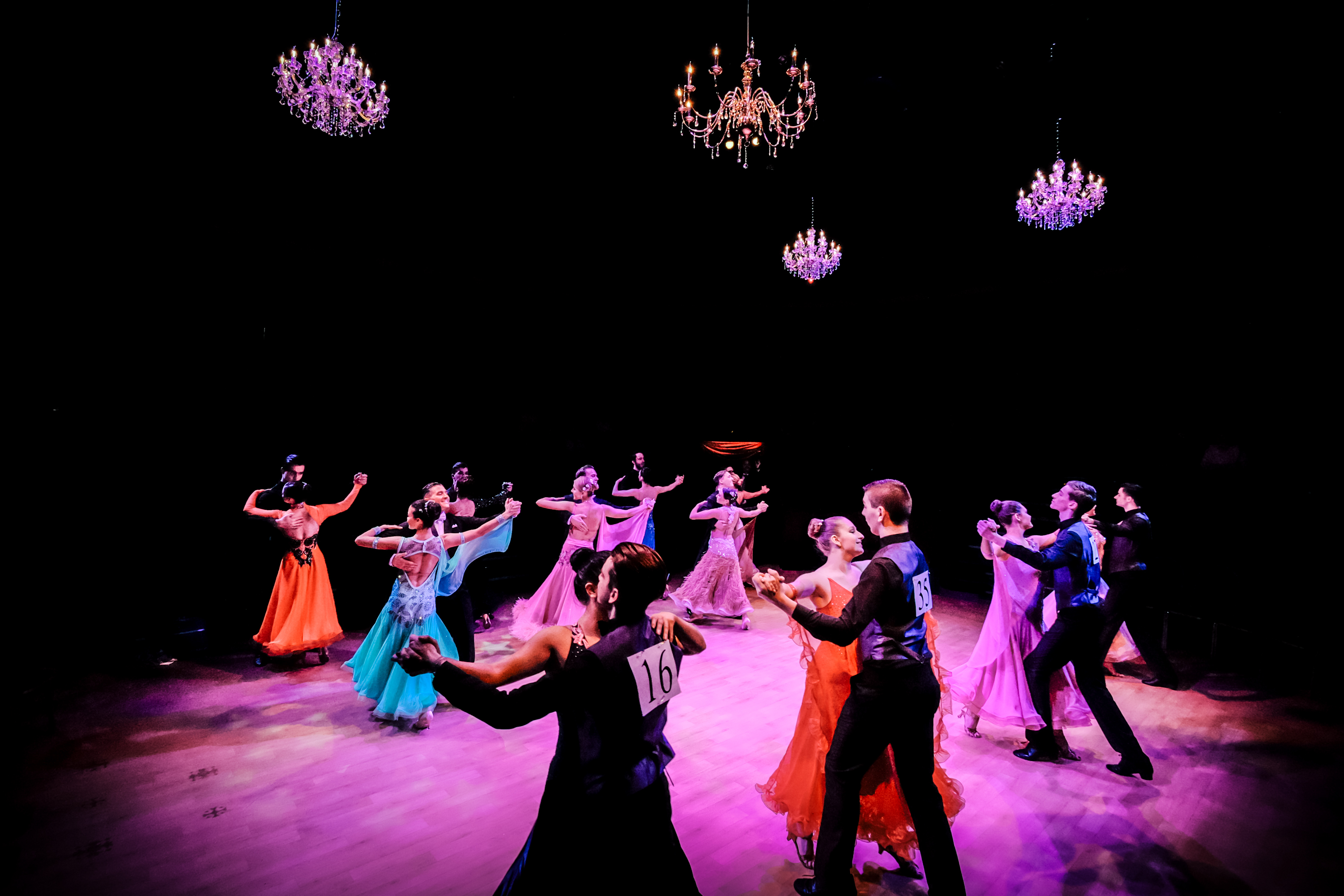 The first act sets up the 'couples' - a snippet into the different lifestyles of these dancers. Abigail Moore and Matt Crosby who played Jodie and Justin Atherton were the perfect comedy duo. The writing of these short intertwining scenes is fantastic. I sat in the audience laughing and feeling sad at the same time, as I could 100% relate to their 'world' and the ups and downs of their day to day lives. I felt that there could have been more dancing, I was left wanting more, which is a great for an audience member, however I wanted to enjoy the drama of the dancing, just as much as the backstage scenes.

There was one particular character in the play who was everything I imagined 'Kiss Me Quickstep’ to entail from the title. Luka Kralj played fantastically by Isaac Stanmore. Luke was honest, hungry and passionate for dance with this infectious energy that bounded around the stage. This brought all the excitement and drama to the dance floor.

The second act started with lots of sparkle and a big dance number. It had a better rhythm than the first half of the play. The finale was another big dance number in which all the cast members were dancing and there was an array of Adidas sportswear flooding the stage!

Brilliantly written, directed and performed. This is a really enjoyable, good feel play which I'm sure will be performed again and again. Catch it at Oldham Coliseum until 30th April.