Passion, manipulation and revenge are at the heart of the brilliant opening to the spring season at Theatre by the Lake, with the World premiere production of Howard Brenton’s version of Creditors by August Strindberg, writes Karen Morley-Chesworth.

The new adaptation of the 1888 play by Brenton shows the systematic demolition of the young artist Adolph, through mental manipulation and suggestions about his new wife, Tekla.

Adapted from the literal translation by Agnes Broomé, the drama is created by the relationship between Adolph, Tekla and the stranger Gustaf, who appears at the hotel where the couple are staying.

This is an intense piece, condensed into one act. Its impact on a modern day audience is overwhelming, and it is unimaginable how shocking the themes of this play must have been to the theatre-goers at the time of its first performed. 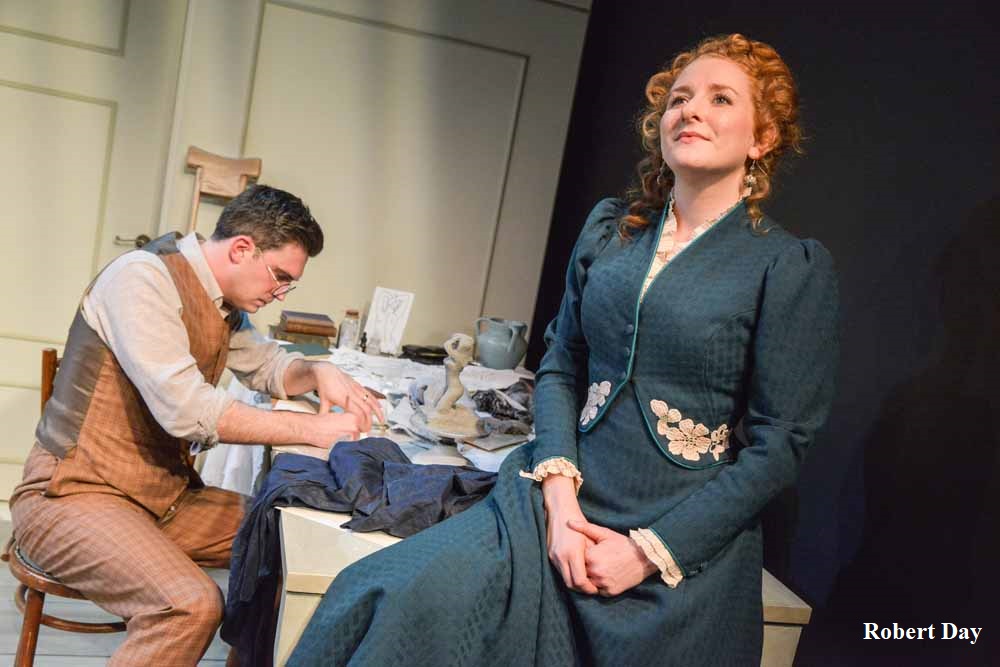 James Sheldon as the successful artist captures the character of Adolph beautifully - his deep love for his new wife resonates through his performance, and as each molecule of love is chipped away through doubt, you can see the pain resonate through his whole body.

In the intense atmosphere of The Studio with a traditional stage setting, the audience is so close to the stage you are left with a feeling of voyeurism - spying on the most intimate parts of a couple’s fragile relationship and echoing the actions of Adolph and Gustaf in the later scenes of the play.

Tekla’s writing success is starting to overshadow Adolph’s own career, and there is an undercurrent of worry about no longer being her equal - and who has given most in their relationship.

David Sturzaker as the sophisticated Gustaf who befriends Adolph while his wife is away, portrays the calm, calculating and callus stranger to perfection. His elegant movements across the stage juxtaposition to the difficult, jerky movements of Adolf with his crutch and angst set up the abusive relationship.

Together, Sturzaker and Sheldon’s timing, from the more gentle opening of polite manners comedy, through to the bitter, twisted verbal torture of the later scenes is like a metronome - keeping a rhythm of suspense running throughout the performance.

When Dorothea Myer-Bennett finally appears as Tekla you are not sure which picture of the intelligent, educated and experienced woman to believe. And her cleaver presentation of Tekla keeps you guesting. Myer-Bennett brings the spark back into the production, and ignites the final scenes with her passionate portrayal.

Strindberg described Creditors as a ‘tragic comedy’ however, this is no light weight piece and this new version by Brenton has great relevance for the 21st century.

The design by Louie Whitemore provides the genteel setting for the dark, manipulative and cruel action of the play - a contrast that amplifies the drama.

Tom Littler’s direction builds up the intensity of this play, building the pace of the delivery, condensing the claustrophobic nature of Adolph captured in his room, unaware of the abuse his is experiencing. It is exhausting and fascinating to watch.

This is a co-production between Theatre by the Lake and Jermyn Street Theatre's and is part of a double Strindberg offering, with the return of the acclaimed Miss Julie for a limited number of performances ahead of an extended London run.

Creditors plays in the Studio at Theatre by the Lake from 22nd March to 20th April, with Miss Julie playing from 1st – 4th April, followed by a local tour from 9th – 13th April. Find out more at www.theatrebythelake.com or call the Box Office on 017687 74411.