Well, where do I start?? Let’s just say, this is my first time reviewing a CATS production, and I can safely say, I hope it’s not my last...

I do like Bolton Little Theatre main auditorium, it is a lovely space with relatively comfy seats which makes watching something much more enjoyable. From the front, the stage looks to be a good size and the set used for tonight’s production worked well on it.

Sound and lighting teams did well tonight with only a few little issues (I do think the sound was a little loud on some microphones and intermittent on others) but all in all, a good opening night. Well done team...

Costumes were outstanding and absolutely spot on for the time period. I especially liked the green and silver set, very sparkly. Well done to Paul, Louise and Charades for giving us a visual treat. 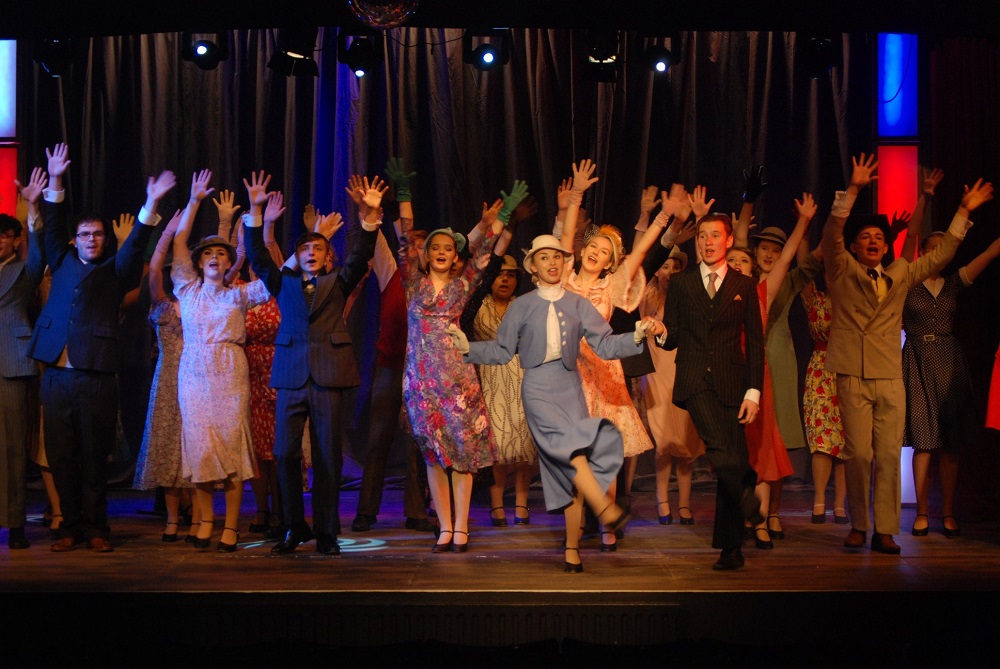 Now, congratulations go to Louise Cohen for her musical direction (and to David Wilson {guest conductor} that produced a fabulous sound from the orchestra and the vocal talents of those on stage. But Louise is a lady of many talents and also directed this production – and boy, she knows how to get what she wants from her cast. Superbly directed with not one person out of place, no-one shadowed anyone else, everyone had their place and it worked well. Well done Louise.

And so... Our cast, well what can I say? What a talented bunch you all are. I’m lead to believe that only a few of you could tap dance, or had experience of tap, at the beginning of the rehearsal period, but I can safely say that you all deserved to be on that stage tonight... The entire ensemble shone and you could tell that this was a tight team.

Hard to know who to mention as roles were played so well, but I will pick out a couple, if I may... The role of director, Julian Marsh was played so well by Elliot Hogben. Confident in lib and song, Hogben delighted with his stage presence and I loved his chemistry with the lead.

Secondly, our hapless romantic, Billy Lawlor played brilliantly by Kenyon Garrish. Garrish has a tenor voice a lot of men would be jealous of and some of his notes this evening, were quite remarkable for such a young age. His acting and dancing were also on point but seriously, what a voice – take care of it...

It would be remiss of me not to mention the 3 dancers that found themselves surrounding our lead. Ann Reilly {Anytime Annie} played by Lucy White, Phyllis Dale played by Iona Budis and Lorraine Flemming, played by Louise Higginbottom – these girls were quite something when all dancing together and it was super to watch them...

Now... she sings, she acts, she looks great, she dances, oh and yes, she choreographed it all too.... That’s our leading lady, Em Cohen who plays the role of Peggy Sawyer extremely well. Supremely confident, with vocals fit for a west end stage... Now Em has danced since the age of 3 (full marks for reading the prog) and you can absolutely tell, that it is, in her words her ‘passion’. This young lady was born to be on the stage.

Onto her choreography – I used these two words in a text to a friend after this evening’s performance ‘phenomenally sublime’ - this is a massive show to take on (especially whilst learning the lines and vocal of the lead role) but she accomplishes so much with an almost 30 strong cast. All the routines were super but obviously “Lullaby of Broadway” and “42ndStreet” were absolutely amazing and “Lullaby” actually left me with goose bumps. The other one I noted (not sure if this was Em or Louise) was “There’s a Sunny Side to every Situation” – a very clever use of the staging and a novel idea, well done either or both of you.

I encourage you all to get to Bolton Little Theatre and see this and although it runs until Saturday, I believe, Friday and Saturday are sold out (testament to how good CATS shows are) so you only have Thursday night (21st November) left... Don’t miss this toe-tapping, light-hearted, feel good musical – you’ll be glad you went; I can promise you that.... Enjoy the rest of your run guys and congratulations. Spec’tap’ular!