Clinton is back. After 18 years (yes it is the long) and performing on Phoenix Nights as the spoof psychic medium who never holds back with his often risque messages from the spirit world.

How will he fare with his solo tour that really is quite an extensive number of dates across the UK’s venues and theatres. Clinton’s recent podcast from behind the Celestial Curtains went down a storm so it will be interesting to see if a live show ‘cuts the mustard.’ 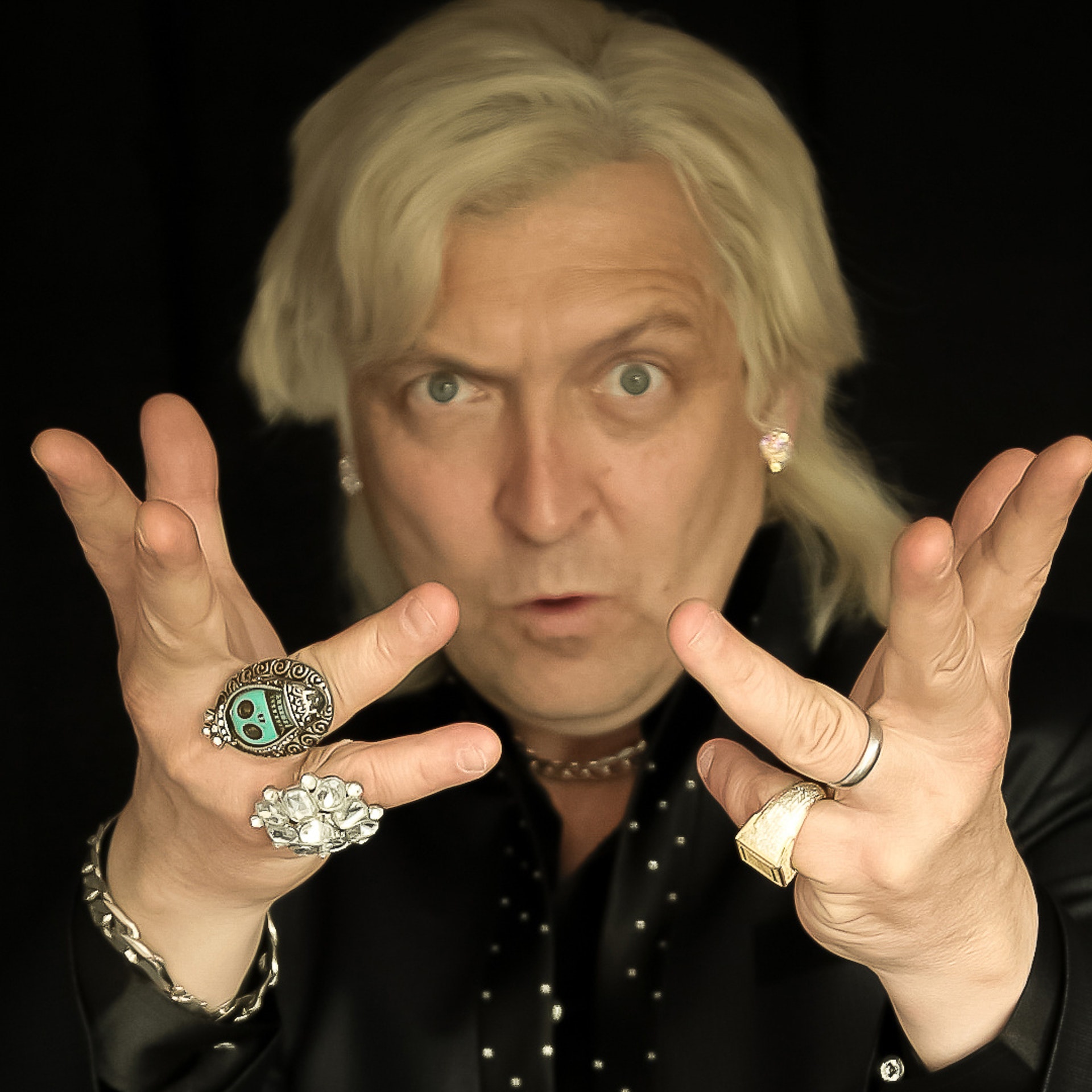 You get the feeling that you are in the eye of the comedy storm watching the show from Chorley Little Theatre (run solely by local volunteers). If you were to be in Henley-on-Arden or The Lowry it wouldn’t be quite the same. Tonight’s show is packed with an eager crowd and the following night at Chorley has sold out so his popularity is not on the wane.

The warm up act that caught the audience out is Sally-Ann Hayward who as a Bristolonian probably has her work cut out for her tonight. Anyway bravely she hasn’t made a ‘run for it’ and delivers 30 mins of your average women on their period jokes which is surprisingly well received by the audience.

Clinton hits the stage in the second half, immediately throwing us into the heady end of the pier over the top showmanship we are gagging for. The cheesy spooky keyboard music, a mullet hair-do to top off a white suit and diamanté microphone. This spectacularly topped off by some perfectly executed ‘dance moves,’ for dramatic effect which has us in stitches, and of course the ridiculous high pitched voice.

After that it’s a comedy riot of tongue in cheek commentary, as Clinton shunts you on a ‘mad roller-coaster’ of zany ‘psychic’ antics. The lights go up and he steps ‘fearlessly’ into the crowd to give ‘messages,’ from the ‘bawdy spirits,’ who don’t hold back from speaking their minds from the otherside.

Unless you don’t mind being utterly ridiculed I wouldn’t suggest sitting anywhere near the front or aisles as you will be merciless used as comedy fodder. A couple who work for the local council probably regretted their choice of seating as they were ‘sent-up’ by Clinton in his saucy, right to the edge way.

A sketch where he dons a terrible ‘Egyptian outfit,’ in an attempt to contact the Great Ramisees, deliberately goes wrong reminiscent of Tommy Cooper. Baptiste (who is actually comedian Alex Lowe) is a master of the physical, daft facial expressions, and timing that makes this character work.

The end of the show is spot on with Baptiste reading cards out of celebrity people that the audience have written names they would like to get a message from, inevitably there are some crude pictures and bad spelling mistakes but this all adds to the amusement.

This show flew by, it was absolutely flipping hilarious, thumbs up on the comedy side-splitting scale.