The Magic Of Motown: The REACH OUT® 10th Anniversary Tour - The Lowry, Salford

The audience at the Lowry theatre were certainly Dancing in the Streets after this evening’s performance of the Magic of Motown. The clue is in the name, a show featuring 36 of the biggest hits from Motown made famous by the likes of The Supremes, The Jackson 5, Stevie Wonder and Lionel Richie.

Seen as Motown’s heyday was in the 1960s, it was no surprise that it was a mature audience in the house on this occasion. However, they proved age is only a number as most of them were singing and clapping along from the opening number.

The show is performed by an ensemble of 14 in total - seven musicians and seven singers. The singers have great voices, however there are some who stand out more than others. There are also some nice harmonies, particularly in the male group pieces. 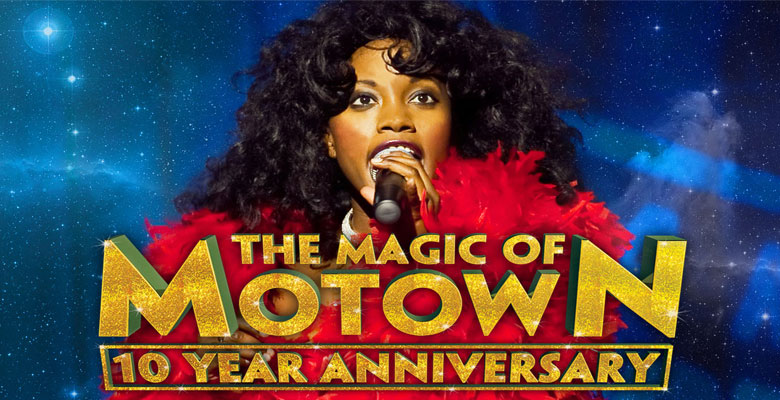 Some of the highlights of the evening included the Jackson 5 section, Dancing on the Ceiling by Lionel Richie, My Girl by Smokey Robinson, Signed, Sealed, Delivered by Stevie Wonder and I Heard it Through the Grapevine.

Without a shadow of doubt Andre Lejaune steals the show as the showman of the cast. Not only is he an incredibly talented singer but he has charisma in bucket loads and you can really tell he is enjoying every second of being on stage.

The only slight critique I have for this show is that I couldn’t hear the backing singers in all the songs. Perhaps they had their microphones turned down when they weren’t singing a lead vocal? It was more evident in the female numbers.

I think it’s fair to say that the first half of the show dealt with more of the lesser known songs. Act Two is when the show really gets going and it’s hit after hit, until the audience can’t take any more and need to get up and dance.

As the show drew to a close the audience were treated to some of the Jackson 5’s best known songs, which were performed complete with afros. The show then concludes with the Motown classic ‘Dancing in the Street’.

The cast earned a standing ovation from the crowd, and would could blame them? The music of Motown is so infectious that you can’t help but tap your foot along to the beat. People were dancing in all corners of the theatre.

Clocking in at just over two hours, The Magic of Motown passes by in the blink of an eye. In fact I didn’t want the show to end, I could think of more famous songs that could have been performed. A very enjoyable show.