The Mikado was written by Gilbert and Sullivan and the story is ludicrous from start to finish but very entertaining.   I was a little mystified as to how the eclectic mix of a comic opera set in Japan and 1940s swing/big band would work.   I was very pleasantly surprised!

From the very beginning of the show, the entire cast gives an assured, mature and compelling performance. Every single performer is word and move perfect.   It was a total joy to watch.   The ensemble is extremely strong and provides excellent support to the principal cast - who simply excel in their performances.

The performance of "I've got a little list" by KoKo (David Beeby) and the ensemble was my favourite song of the night.   It was absolutely hilarious, the lyrics being brought up to date by mention of the X-Factor and Katie Hopkins. David Beeby had the audience in the palm of his hand after this.

Most of the songs were given a 1940s twist - a fine example of this being "Three Little Maids" which was performed in the style of The Andrews Sisters and it worked very well indeed, thanks to the stellar performance by Lara Hancox, Emily Clarke and Eve Rowan.

The beginning of the song "Swing a Merry Madrigal" sent shivers down my spine, simply but so effectively performed by four of the principal cast.

"Beauty in the Bellow", a duet between KoKo and Katisha was hilarious and again, professionally performed with comic timing and perfect expression.

I feel special mention should be given to several members of the principal cast: Emily Clarke as Pitti-Sing gives an outstanding, mature and very expressive performance and looks as though she has been doing this all her life; Jake Hankey as Pooh-Bah exudes coolness and a degree of effortless smarm (and also has an excellent voice); Joe Dillon as Pish-Tush is hilarious and has a degree of control over his performance which would put some professional performers in the shade; Abigail Harper as the vampish, intense and rather scary Katisha was utterly convincing and her voice was so powerful and last but not least - David Beeby as KoKo who not only owned the stage but could lease it out as a timeshare.   He received a standing ovation at the end and he certainly deserved it.   His comic timing and stage presence go beyond his years and if he doesn't someday perform on a West End stage, there is no justice in the world!

All other members of the cast gave fantastic performances and they all looked totally at ease on stage.   Their obvious passion for theatre shone through the whole show and they looked as though they were having the time of their lives, I know the audience certainly was.

There were a couple of ad libs, delivered excellently and competently, further demonstrating the outstanding ability of these performers.

The Manchester Musical Youth team, comprising Kimberly Holden (Founder/Musical Director), Dan Jarvis (Director), Dave Holden (Founder/Producer), Ellie Whitfield (Assistant Director/Stage Manager) and Matthew Rawcliffe (Choreographer) are to be congratulated and should be extremely proud of themselves. They are clearly able to get the very best out of their performers because the talent was simply oozing out of the building tonight. The choreography was outstanding - no sign at all of any trademark "dance school" manoeuvres but just smooth and seamless moves.

I saw a professional production of The Mikado a few years ago. It could not hold a candle to this.

It is very difficult to believe that this is an amateur production. Sometimes with youth productions, there is a risk of precociousness...there wasn't so much as a whiff of it tonight.

Manchester should be very proud indeed of Manchester Musical Youth and I am certainly looking forward to their next production. 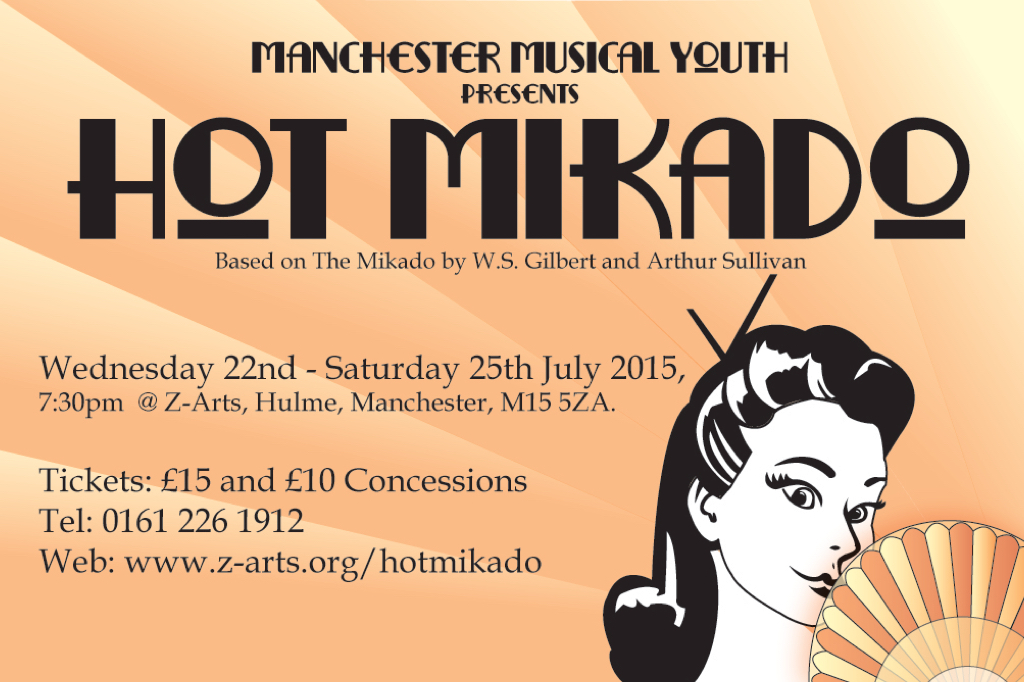