Sometimes the law of unintended consequences applies even in theatreland and the closure of Leeds Playhouse for a year-long refurb has allowed audiences to see what repertory theatre used to look like.

The Playhouse has taken the opportunity to employ for a full year an ensemble of actors from a wide variety of backgrounds and experience. The result has been fascinating watching the group grow together in a way the old rep companies developed the skills of Dame Maggie Smith, Sir Ian McKellen and pretty all of British acting royalty.

Modern theatrical economics and modern tastes means rep has all but disappeared, so the Playhouse ensemble is a welcome return to a winning formula. This time out they are working with the Playhouse’s Associate Director Amy Leach on a modern version of Hamlet starring ensemble stalwart Tessa Parr as the Princess of Denmark which may offend the purists. 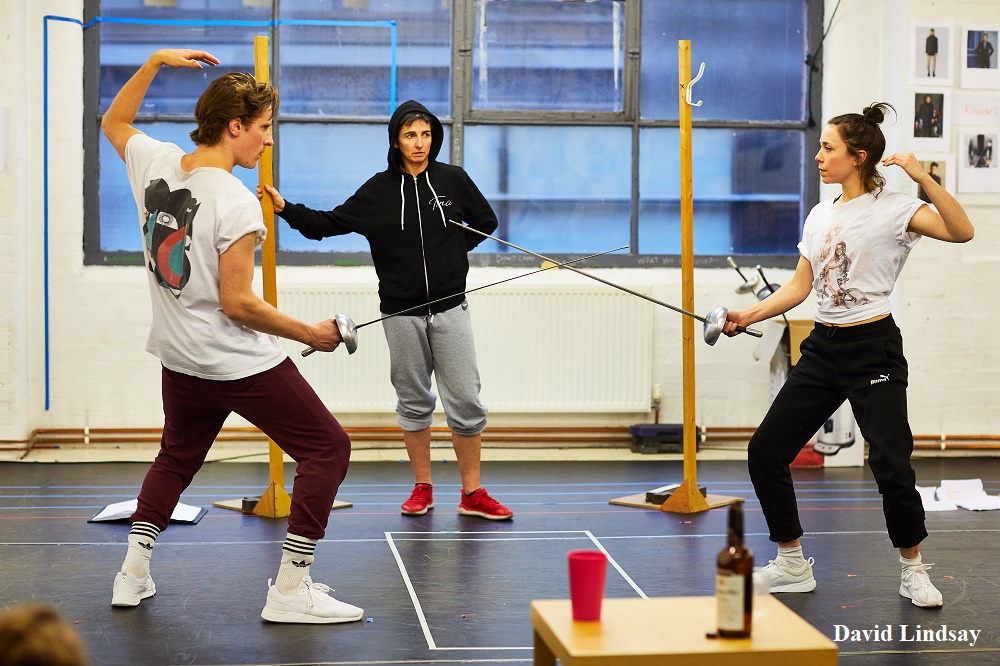 “Partly, I’m like, why not?” laughs Amy. “I’ve cast the best actor I know in that role. Tessa played Juliet when I did Romeo and Juliet at the Playhouse, and she was extraordinary. Juliet is a really tricky part to pull off and get the range of emotions she goes through.

“It felt like we watched her grow from a child to woman in those three hours and her way of delivering text and connecting is extraordinary. Hamlet is a play I’ve known since I was a teenager, and the actor I wanted to tackle it with was Tessa, and she happens to be female.”

There has been a recent vogue to cast women in roles usually played by blokes and only recently Maxine Peake was Hamlet in a critically acclaimed version at Manchester’s Royal Exchange. For Leach the idea of a woman playing the conflicted heir apparent has been germinating for a long time.

“In my head Hamlet has always been a young woman as I was very lucky to go to a brilliant youth theatre when I was a teenager at the Octagon in Bolton. We did a re-gendered production of it back when I was 16, and I played it myself in a very cut version. More importantly that the fact that she is a woman we are really trying to tell the story that she is young.

“I think what happens is Hamlet is a part that’s epic, and it often goes to men in their forties who are well known, although you have your Maxine Peakes. The problem is I don’t understand the story if it is man in his forties because it’s just leave. If you’re not happy in this castle then just leave, so I don’t understand why he is imprisoned in this place. Why doesn’t he just go back to university, and why does he even listen when the King says he can’t go back to university?”

When you think about it like that then it does make sense. Macbeth may become insane but he is a mature monarch who really understands there are no limits on his malevolent powers. With Hamlet he or, in this case, she is still feeling their way into power and the arcane ways of court. A grown man or woman would either step up or tell the King to sling his hook.

“I think making it a young person who is questioning their identity, their place in the world, grappling with grief and the incredible burdens placed on their shoulders when it is a young woman saying please can I go back to university, I can’t bear it here, and they say she’s not allowed,” muses Leach.

“You know she’s not allowed because she is a young woman. It makes so much more sense to the story to have a young person. You just don’t believe when it is a man in his forties.

“The important thing to point out in our production she is female. There have been a couple of productions of the play with women playing the lead where they’ve kept the male pronoun but we’ve changed all the pronouns to female.

“Again, it’s that thing about a lot of what the play is about with Ophelia, and with Hamlet, they are trying to articulate themselves, trying to find the words and they are being told don’t grieve in this way. You have to grieve in a certain way, you have to stay quiet and be a Princess and don’t speak.

“Women in the patriarchal society in which we exist so Laertes can arrive back in a rage because his mother has been killed, and the King says you are absolutely right, you can take revenge. When Hamlet is in rage it is you can’t behave like this because it is very unladylike.” 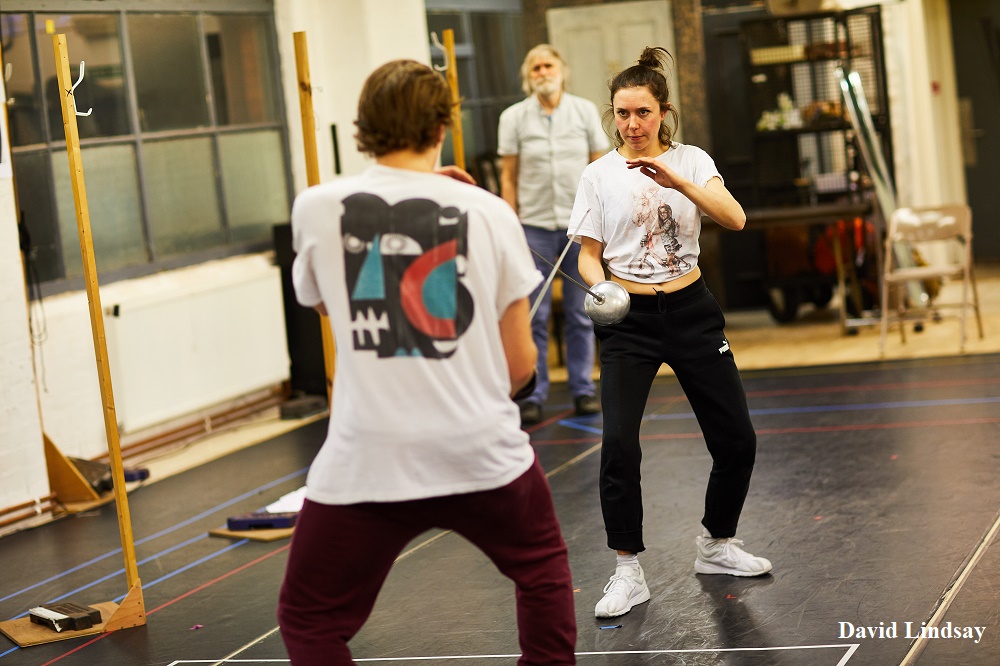 The other age-old debate is how and where to stage Shakespeare and as one prominent Northern director pointed out unless you set in space – god forbid – then everything has already been done. Leach and her creative team have looked to Sarah Lund and her big jumpers for inspiration.

“It is set in contemporary Denmark, so we have very much looked to Scandinavia for references in terms of costume and in Shakespeare’s plays the elements are always a massive part of the world. It feels like Hamlet is set in the depths of winter on a cliff overlooking the sea.

“I’ve been to quite a few Scandinavian countries in my time so that sense of the winds battering cliffs so it has a bit of a Scandi Noir feel to it.”

Leach has worked very closely with the ensemble since it came together, and like the audiences has seen them become a close-knit team delivering fun and pathos in their riotous version of A Christmas Carol.

“They have become like a real family and of course families have their ups and down, they don’t get on all the time. Having said that they have got on brilliantly as they did 72 performances of a Christmas show together which is a lot of time spent in each other’s company. I think you can really see it in the work they are creating onstage as there is a trust they have for each other and the care they have.

“They know each other really well so coming into a text like Hamlet, which is full of some of the biggest scenes in terms of actually contemplating life and death itself, to see them support each other is on a different level. That’s one of the really powerful part of the ensemble.”

For most directors the rehearsal room is a revolving door as a company comes in, does their thing and leave before another group of actors appear. Working with an ensemble for a year is a gift for Leach who has a knack for getting the best out of her performers, and there is also logistical benefit too.

“In a practical way it saves time as you don’t have to build up a trust with everybody. If the Shakespeare had been the first thing then it might been a bit more scary, but this is the third piece we have done with them, so there is a real sense that we are a team where there is trust that goes either way.

“It’s like if you teach pupils they have their own learning style, and actors have their own ways of tackling things, so I know those thing and I can play to their strengths and troubleshoot things. There is a bravery that comes with the ensemble because we all have each other’s backs.”