For just over two weeks the UK’s funniest city becomes the funniest city on the planet as a host of hilarious comedy acts descend on Liverpool between September 18th and October 2nd. Now in its 15th year, Festival organisers The Comedy Trust have announced the full line up.

This year’s comedy bonanza is headlined by Romesh Ranganathan, quickly becoming a household name after his critically acclaimed appearances on Live at The Apollo, Have I Got News For You, Mock the Week, The Apprentice: You’re Fired and many more. Fresh off his hit BBC series Asian Provocateur, the double Fosters Comedy Award nominee brings his latest show Irrational to the Philharmonic on Wednesdays 21st September.

Simon Munnery (1st October) and Tiff Stevenson (30th September) bring their distinct styles to the Unity Theatre while Irish motormouth Jason Byrne crashes into the Epstein Theatre with his wild and wonderful silliness.

For the first time the Festival has its very own Fringe Festival, lovingly curated by the good chaps at Funny Looking Live. The aptly titled Funny Looking Fringe will take place at 81 Renshaw Street and will showcase some of the best and brightest long-form comedy at fantastically cheap prices. (You can even get another pound off by wearing a Funny Looking badge, available for just £2 from the venue.) Notable acts at the Fringe include Fosters Comedy Award Nominees Kiri Pritchard-McLean, Geins Family Giftshop, local legends Steve Gribbin and Adam Staunton and leftfield darlings Ed Aczel and Top Joe. Funny Looking Fringe will also play host to Funny Looking Kids, live podcasts and impro battles with Comedy Sportz. 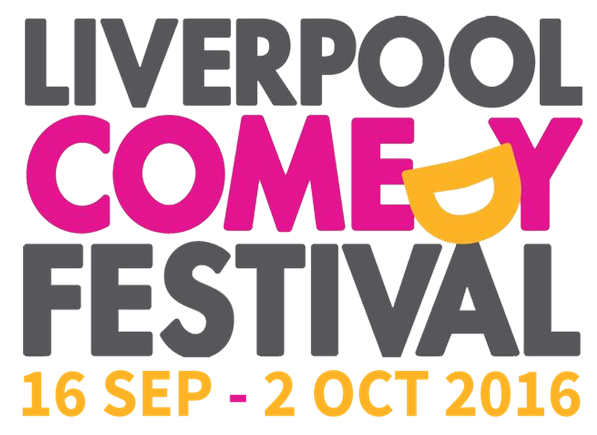 As always local, year-round comedy clubs will play their part with shows at Comedy Cellar, Comedy Central, Hot Water, Laughterhouse and the brand new Liverpool Comedy Club at Camp and Furnace. Rising star Adam Rowe will be looking for his 4th consecutive sell out show at Liverpool Comedy Festival at Hot Water Comedy Club on 29th September with his Live In Liverpool show.

Liverpool is a city full of comedians and this year Laughterhouse have teamed up with the Liverpool ECHO to find the funniest new act in town with Liverpool Echo Stand Up Comedian of the Year. Heats will take place at The Slaughterhouse and the winner will go on to perform alongside some stellar names at the prestigious Laughterhouse Live at the Philharmonic on 24th September.

The Comedy Trust will also be working with Festival Partners Liverpool BID Company to train 10 city centre workers to become stand up comedians over six weeks, with a live performance on Wed 28th Sep at Laughterhouse. Businesses in the BID district can also claim a free ‘Happy Hour’ workshop for staff that will teach participants how humour can increase personal resilience and make you more productive.

If politics is more your thing then the #JC4PM (Jeremy Corbyn for PM) Tour rocks into St George’s Hall on 25th and 26th September, with performances from Rufus Hound, Jeremy Hardy, Francesca Martinez and Sara Pascoe.

Full details can be found at http://www.liverpoolcomedyfestival.com/