The iconic, world famous Teletubbies, who this year celebrate their 20th anniversary are to star in their first ever live theatre show created especially for little ones, which will have its world premiere at the Palace Theatre in Manchester in November.

Join Tinky Winky, Dipsy, Laa-Laa and Po in a show full of love, laughter and Big Hugs as they explore the magical world of Teletubbyland. Look out for the Tubby Phone, Noo-Noo and Sun Baby in a fun, bright and safe world which captures young children’s imaginations and encourages them to explore the world around them.

Young audiences will have the opportunity to join in and enjoy beloved features from the TV series along with brand new songs by from BAFTA award-winning composer Mani Svavarsson. 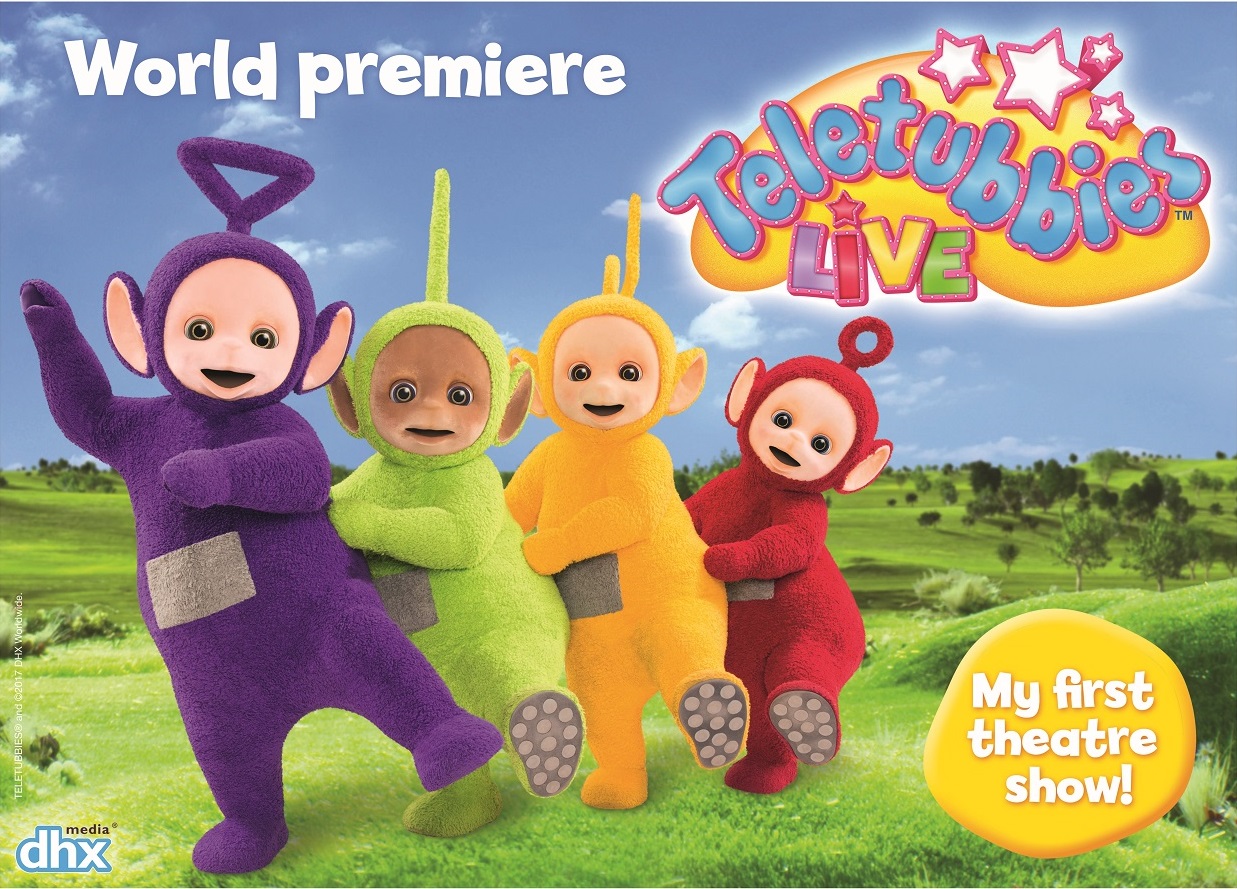 Teletubbies Live has been created and adapted for the stage by Richard Lewis, who has also created and directed the hugely successful Peppa Pig Live shows. The show is produced by leading children’s theatre team Fiery Light, in partnership with licensor DHX Brands.

Featuring bright colours, puppetry, movement, songs and actions, Teletubbies Live is the perfect show for introducing young children to the magic of theatre.

Tickets go on sale for the Manchester run on Wednesday 28th June at 10am and to celebrate the occasion, the Palace Theatre and production company Fiery Light is holding a free Teletubbies Live Launch Party which will give little ones the chance to meet Tinky Winky, Dipsy, Laa-Laa and Po and enjoy a host of other fabulous, free and fun activities.

For face-painting, cupcakes, babycinos, photo opportunities with the Teletubbies and free prize giveaways, head along to the Palace Theatre, Oxford St, Manchester at 10am on Wednesday June 28th to join in the fun and be the first to get your tickets!

There will be an exclusive ticket offer at box office on Wednesday June 28th and anyone who buys tickets at the event for Teletubbies Live will be entered into a free prize draw to win some fabulous Teletubbies merchandise.