Former EastEnders star Kacey Ainsworth will play the role of Mrs Lovett. Known for her performance as Little Mo in the soap, Kacey is currently in her fourth series of the ITV detective drama Grantchester. This will be Kacey’s first production at the Everyman.

Also announced is returning Everyman Company 2017 member Dean Nolan. He played the roles of Motel, Mercutio and Sluplianek in the 2017 productions of Fiddler on the Roof, Romeo & Juliet and Conquest of the South Pole. Dean returns to the Everyman to play rival barber Pirelli. 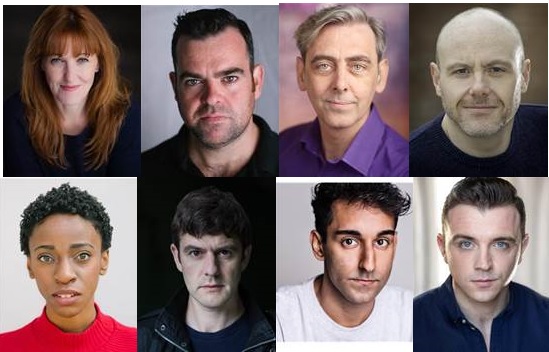 Paul Duckworth will play Judge Turpin, following his performances in Everyman Company 2018 shows Paint Your Wagon and Othello. Paul returns to the Everyman after his recent role in the Royal Court’s production of Scouse Cinderella over Christmas.

Playing The Beadle is Mark Rice-Oxley. The Merseyside actor is back at the Everyman for the first time since performing in the 2014 production of Bright Phoenix.

Keziah Joseph is cast in the role of Johanna Barker. Keziah recently visited the Playhouse in 2017, playing Mowgli in a major UK touring production of The Jungle Book.

The role of Tobias will be played by Shiv Rabheru and North-Wales actor Bryan Parry completes the current group of casting in the role of Anthony.

The new cast members join the already announced Liam Tobin, who plays Sweeney Todd in the production, with one more actor still to be announced.

Nick Bagnall, associate director at Everyman & Playhouse, said: “I’m really excited to be working with this group of actors for Sweeney Todd. It will be great to see old Company members, as well as some new faces, on the Everyman stage.

“It’s a show that packs a real political punch and the music is incredible, but also the story’s so fascinating – it’s gruesome, dangerous, dark and funny.

“Most productions of Sweeney Todd have around 25 to 30 cast members, but our ensemble will include just nine talented actors who can sing for this production. Adding to the fact that we will be performing it in the round, this will be a stripped-back, rough, hard-edged, soulful and a show tailor-made for Everyman audiences.”

Sweeney Todd will be performed at the Everyman from 12th April to 18th May. Tickets are on sale now and available at: https://www.everymanplayhouse.com/whats-on/sweeney-todd or by calling Box Office on 0151 709 4776.