The Importance of Being Earnest - Live Cinema Screening

You can't beat live theatre - so I suppose the next best thing is live theatre screened in your local cinema.

The West End live screenings are an excellent way of bringing the West End to those of us who can't get there as often as we'd like.   Although you miss the thrill and the buzz of actually being there and seeing a performance "in the flesh", it is still quite exciting to know that you are watching something which is actually happening right now.

This was my second viewing of "Earnest" this week - the first being the touring version which is currently playing at The Lowry.   I thoroughly enjoyed it and I was excited about seeing the West End version, particularly as David Suchet is playing Lady Bracknell.

The story of "Earnest" is quite complicated and you have to have your wits about you to keep all the various threads together. Having already seen it once this week, I understood the plot so was able to focus more on the actual performances of all the characters.

Without exception, they were absolutely superb.

David Suchet steals the show with his completely unique take on Lady Bracknell.   However, his co-stars are not far behind him in the theft stakes.

As this is a screening, we have the advantage over the theatre audience in that we get to see the characters' expressions close-up and in glorious detail.   David Suchet delivers not only an impeccable spoken performance in his strangely falsetto voice (having seen a short interview with him prior to the screening, it is admirable that he can get his extremely baritone voice to sound so female!) but his facial expressions could have stolen the show on their own.

It has to be said that his Lady Bracknell is a gorgon - as she is supposed to be.  Oscar Wilde wrote the character to represent Victorian society with all its hypocrisy and horrendous snobbishness and this is executed to perfection by David Suchet.   Every line he delivers has comedic value which is enhanced by his wonderful facial expressions.   He should also be praised for his outstanding breath control!   Oscar Wilde's sentences are notoriously long and watching Suchet perform made me want to gasp for breath on his behalf...he spoke them effortlessly and seemingly without the need to breathe in between.

Michelle Dotrice as Miss Prism, was hilarious.   I only really know her as "Oooh Betty" from "Some Mothers Do 'Ave 'Em" but she was outstanding in this show.   She played her comedy role to perfection, eliciting some of the loudest laughs from the audience.

One of the best scenes was that between Algernon (Philip Cumbus) and Cecily (Imogen Doel).   They played this for all its comedy worth, using physical comedy as well as excellent timing and delivery of lines.   I couldn't decide whether or not some of it was ad libbed and if it was, then hats off to them.

My only slight niggle was that the notorious line "a handbag?" was delivered in an almost giggly manner - this is clearly a directorial decision and one which I was a little disappointed with as I'm sure David Suchet could have got so much mileage out of those two words with his amazing outraged indignation.

I cannot praise this production highly enough.   If you cannot get to London to see it live, then look out for any repeat screenings in the near future.   Spend a couple of hours immersed in the Victorian social scene but remember: "Never speak disrespectfully of Society, Algernon. Only people who can’t get into it do that.” 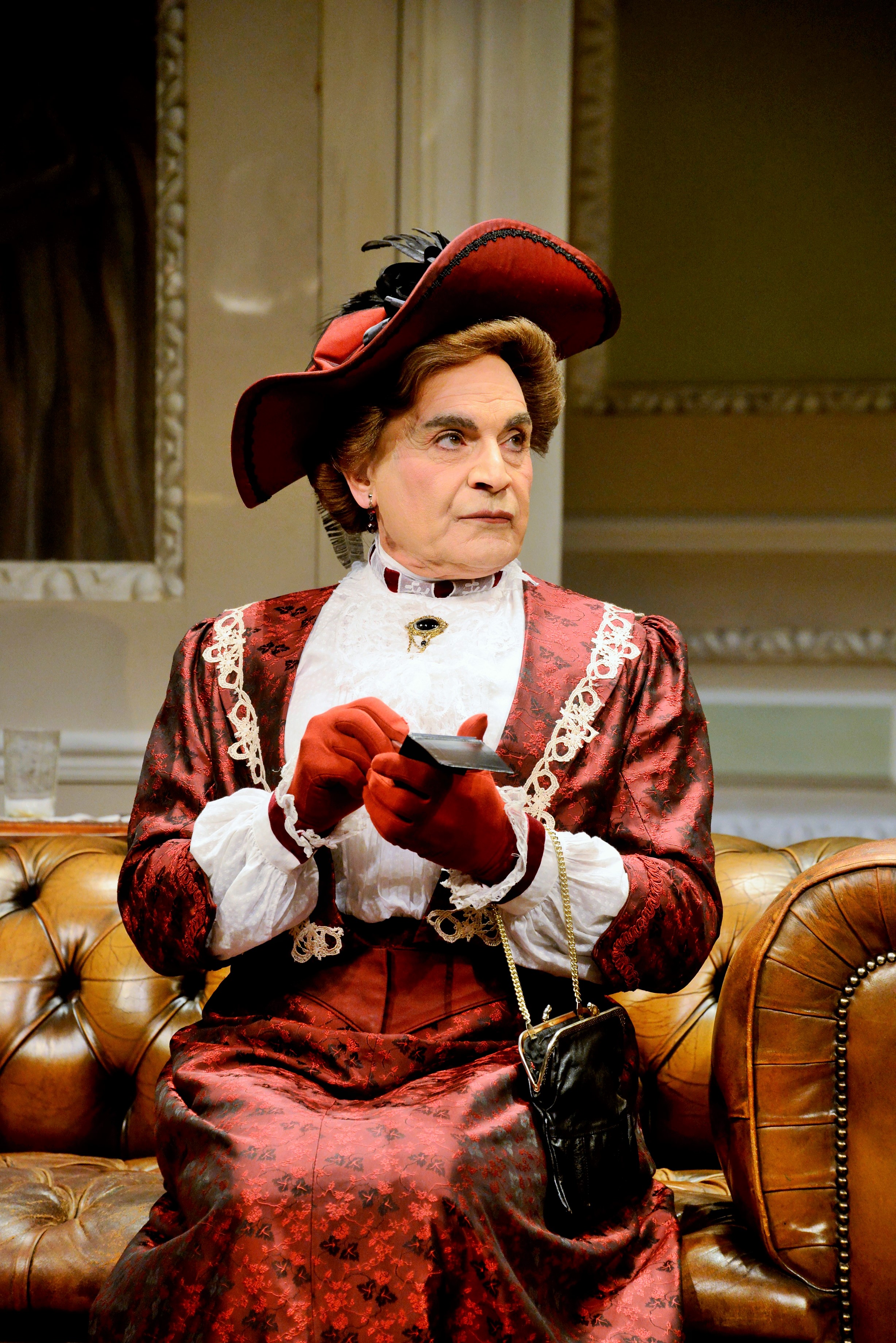