The Bodyguard is the award-winning musical based on the blockbuster film, starring three-time Brit nominee and X-Factor winner, Alexandra Burke as Rachel Marron. Direct from its smash-hit West End run, the show is appearing at Sheffield Lyceum for just over one week only! (27th October - 7th November).

Former Secret Service agent turned bodyguard, Frank Farmer, (Stuart Reid), is hired to protect superstar Rachel Marron from an unknown stalker. Each expects to be in charge – what they don't expect is to fall in love.

Alexandra Burke is simply THE Queen of The Night! From the moment she enters the stage right until the final closing of the curtain - Alexandra has the audience under her spell. An amazing performance from such a young, yet multi-talented artist, it is hard to believe that at the height of Whitney Houston’s fame in the late 1980s, Alexandra had yet to enter the world, yet she portrays the role of Rachel Marron (made famous by, as I am sure we all know, Whitney Houston in the movie) with such ease and with a younger, fresh approach to the role, it’s almost impossible to believe that Alexandra is still only in her late 20s.

The production originally started in the West End at The Adelphi Theatre, opening on the 5th December 2012, starring Heather Headley as Rachel Marron and Lloyd Owen as Frank Farmer and Debbie Kurup as Nicki Marron. The show was an instant success, and only a month after first opening had advance sales of more than four million pounds, leading to booking being extended until the 28th September 2013. Heather left the show in August 2013 with her understudy, Gloria Onitiri taking over the role short term until the 7th September 2013. The first major cast change took place on the 9th September, with soul legend Beverley Knight taking over the role of Rachel Marron and Tristan Gemmill as Frank Farmer. I first saw the show not long after this cast change and instantly fell in love with the show, the stage set and storyline. I admit that, to this present day, I still have never watched the movie in its full entirety, only ever catching snippets of it on several TV re-runs. This did not stop my enjoyment and pure love of what is such an amazing, emotional and empowering show. Having grown up in the eighties myself, I was a huge fan of Whitney’s popular hits such as I Wanna Dance (With Somebody Who Loves Me), and I Have Nothing. The show closed in the West End in August 2014 to make way for Made in Dagenham, and although there were talks to move it to another West End theatre, this decision was decided a non-starter due to the next possible venue being much smaller than the Adelphi. Instead, a tour was decided upon, with Alexandra reprising her role as Rachel Marron.

The show delivers all the hits and more, teamed with a fantastic cast and ensemble, with a stunning stage set. I will not say which parts of the set I found particularly breath taking as I do not wish to spoil the surprise but will mention that even after the third visit to this amazing production, the beginning of the show still makes me jump out of my seat! Stuart Reid portrays the role of Frank Farmer to a tee, dedicated to his role as Rachel’s bodyguard, at first he appears quite cool and somewhat intimidating but after she convinces him to go on a night out with her, we are introduced to Franks softer side, and his wonderful karaoke skills! Alexandra is simply perfection as Rachel Marron, so much so you would think the role had been specifically created for her. One performer that really blew the audience away with her solo performances is Melissa James, portraying the role of Nicki Marron, sister of Rachel Marron. At about six foot tall and ultra slim to boost, Melissa towers over the majority of the cast but this frame is equally matched with powerful vocals; her renditions of Saving All My Love For You and All At Once had the audience memorised into such a silence that a pin being dropped in the next room would have easily been heard.

With so many costume changes (not to mention wig changes), the staff working back stage must of one heck of a job doing so in such a short space of time. Some of the dresses worn by Alexandra in particular, are simply stunning and worth the ticket price alone just to experience seeing them on stage! Needless to say the tour has been extremely popular, starting in Southampton at the Mayflower Theatre in February this year and continuing right through to June 2016 in Norwich. There is limited availability for Sheffield so my advice is drop everything and book now. This is one you simply cannot miss seeing! I have had three instalments and I still crave more!

I am already having major withdrawal symptoms from yet another magnificent performance of the stunning show that I am already looking at other upcoming tour venues (Leeds in 2016!) and deciding whether or not my bank balance can cope with multiple bookings!

My only minor disappointment of the evening was learning that ensemble member Jade Albertsen, is currently only performing in Act One, due to being on the recovery from a recent injury. I wish Jade a speedy recovery and hopes that she is back in full swing before the end of the tour.

I cannot praise this show enough but instead urge you to go see it so that you too can see just what an amazing spectacular show this is!

Further details can be found at www.thebodyguardmusical.com/tour 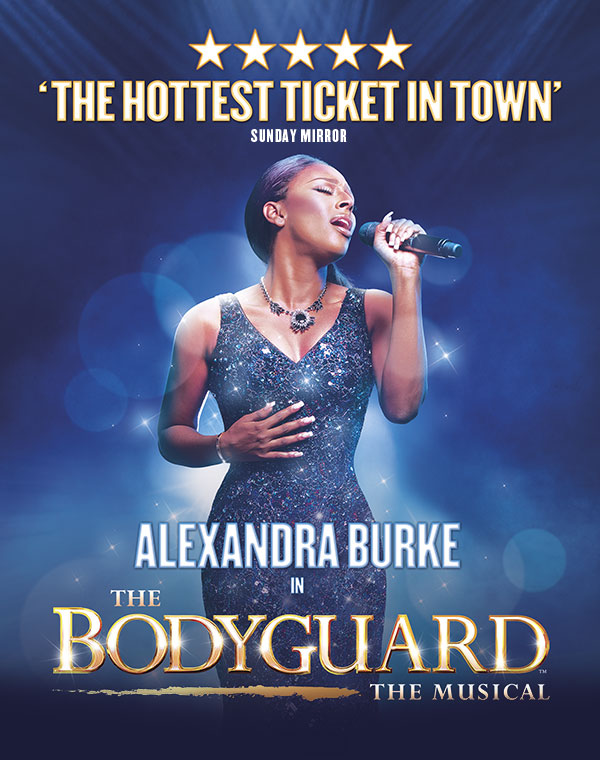