Having worked in quite a few aspects of theatre over the years and having a keen interest in magic I walked into the Lowry tonight more than a little sceptical of someone who claims to be able to read your mind. Colin Cloud blew that scepticism away by the end of the night performing things that totally blew my mind and those of the entire audience.

Cloud models himself on Sherlock Holmes and as you take your seat he is sat bolt upright on a stool in the centre of the stage blindfolded whilst loud music is playing. As the show begins he tells the audience his background and how he studied began his career by studying a Bachelor of Science (Honours) in forensic investigation, specialising in criminal profiling, at University before abandoning that line to pursue a career in entertainment.

Quite how Cloud performs these feats of mind reading I do not know. He has been cited as the next Derren Brown and Uri Geller described him as “one of the greatest thought readers of all time”. These are huge things to live up to however on tonight’s performance both are correct.

Cloud allows the audience to pick randomly the people that get their minds read, he correctly guesses the towns in which people live just by hearing them say hello! He recites a phone number made up randomly by one of his subjects on stage. He even guessed correctly the amount of money one audience member had in her possession without them even realising how much they had.

During the interval the audience are asked to secretly write down on a card a memory they have, the more obscure the better, and he begins the second act by randomly selecting 4 of these and tells exactly what is written on the cards. Following this he guesses (again perfectly) words chosen at random from a Sherlock Holmes book.

How Cloud does this I have absolutely no idea, suffice to say that the show provides an edge of the seat experience as each act of mind reading supersedes the last. Add to this Cloud’s comedic style and this is a night of theatre you won’t forget in a long time. 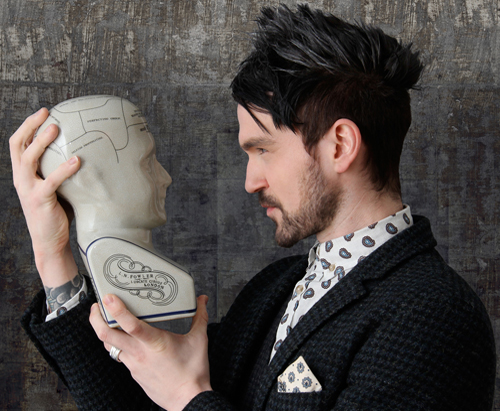