It was unfortunate (and some may say fortunate) that this play was just starting to tour the UK when the Covid-19 crisis struck but now this production of Ali Milles debut play is on offer through streaming services from the excellent Original Theatre Company.

Getting rid of the elephant in the room straightaway, I have got to say this was somewhat a messy affair and totally left me cold. I’m not really sure what constitutes a “thriller” and the show is advertised as a “thriller” but there certainly weren’t many thrills to be had by this over-ripe psychological melodrama with a scattering of ghostly interruptions from the usually excellent Gwen Taylor as the old “witch” Enid. 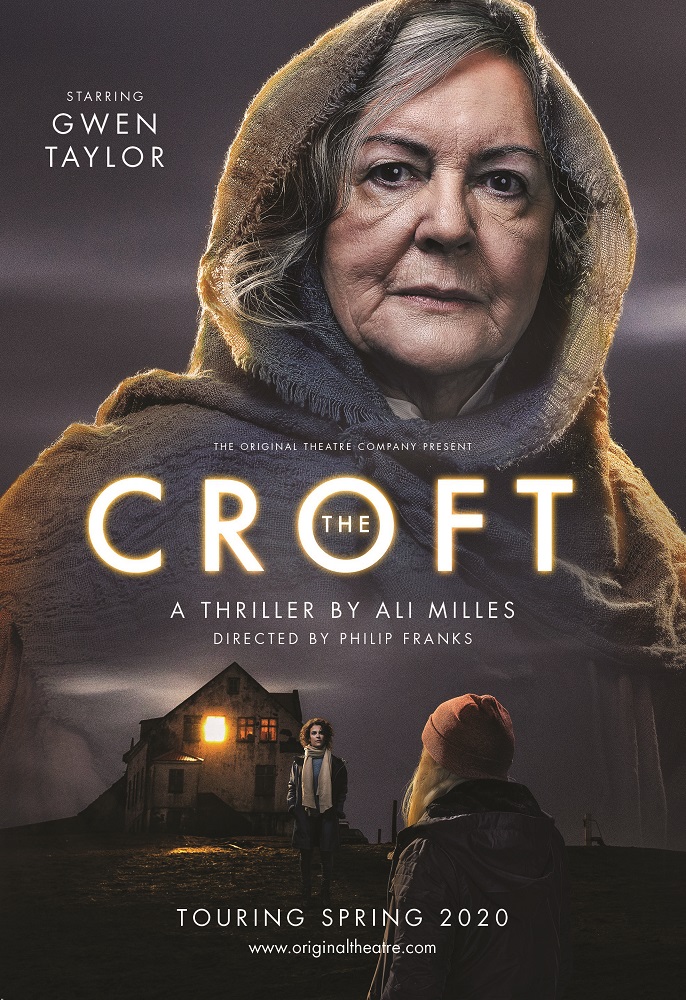 The play does not really know what it wants to be, and the standard dialogue makes all the characters rather flat and clichéd. There did seem to be an over reliance on blackouts, loud bangs and bumps and “scary” mist. The past and the present colliding with confusing monotony.

Directed by Philip Franks, this play was badly let down by a familiar script and I hate to say, some very patchy acting.

The slim story involved Suzanne (Caroline Harker) and Laura (Lucy Doyle) getting away for a romantic weekend in Laura’s old family croft. There is the dashing crofts man and family friend (Drew Cain) and Laura’s father (Simon Roberts) to add to the turgid plot

It starts as a relationship drama between the older and younger woman and this was interesting to a point but then the cast started taking dual roles on and the story ran off the rails. Taylor trotted in occasionally to “look scary” and speak all doom and gloom.

I was reminded of that line in the Queen anthem – “Thunderbolt and Lightning, very, very frightening me” whenever Taylor came on stage, sat on her rocking chair and tried to reach out through the mist.

The play transformed into themes of family guilt and loss, exploring the relationships between Laura and her parents and all through this melodrama we had the treat of the rather obscure and not very interesting story of “the auld witch woman” Enid.

Franks tried his best to raise the game and actually got a good performance from Lucy Doyle as Laura even though she had a quick dress and accent change almost every ten minutes. Taylor coasted in a largely thankless role, while Harker as the older lover of Laura seemed bored with the whole thing.

I kept on saying to myself – why in heaven’s name didn’t they go to a luxury spa weekend instead of going to a shack in the middle of nowhere haunted by a gloomy old woman with candles in the window?

On the plus side the set was well realised by Adrian Linford and the background music by James Findley on violin was rather sublime, but these were definitely the only redeeming features of an otherwise overblown and frankly hugely disappointing play.

Do you agree with our reviewer? Click here to watch for yourself and let us know.