The first and only other time I have attended Joshua Brooks (in case you were wondering, the name it derives from a Victorian novel called The Manchester Man, written by Mrs G. Linnaeus Banks in 1876) - currently the 'Best Venue' in the Manchester Evening News and has also been nominated as 'Best Small Club' in DJmag in the last few years, after its establishment in 1993 - was for one of their regular JB Shorts sessions, held bi-annually in the basement theatre.

Since then I have wanted an excuse to pop back to the urban underground theatre to experience another offering of ingenious theatre performed by talented actors and actresses who are between professional jobs.

This time around I had the pleasure to see Troublehouse Theatre’s RAW, the story of a gang of drug-addicted ‘troubled youngsters’ who, led by leader of the show and company co-founder Heather Carroll as ‘LEX’, plot ‘hits’ on innocent people before making their mark with graffiti and documenting their acts in a scrapbook.

Chris O’Connell’s truly powerful and modern, gritty drama of gang violence and reform is brought to the North West for the first time since its debut tour in this all new, energy intensive production. This one act piece takes you on the journey through a series of events that provide insight into the lives and copings of extreme drug-takers who are not able to fully recover easily but attempt to help themselves through doing their ‘counts’. Throughout the play we watch the characters of fellow-addicts Addy (John Weaver) and Lorna (Emily Curtis) deal with frustration, anger, anxiety and loneliness.

Most powerful when emotions are at their highest points, of which there are a few, the draw-in of the first scenes developments are where we get our first taste of the impact when the group descend upon an innocent drunken train-goer (company Co-founder, Rick Bithel) they claim has ‘got on the wrong train.’ They then, with most physicality from Lex, tease and knock him senseless and, or so they think, run without being seen.

I have left the other two embers of this intimate cast because they hold important parts in the piece in that Amey Woodhall’s ‘Trainers’ is subjected to abuse also, for inviting her friend Reuben to Lex’s house without permission. Hospitalised, Trainers incident haunts Lex but with a sense of something more eerie. Youth Club worker Reuben (Jamie Scott) seeks to help Lex deal with her emotions and situation, drawing from personal experience and visits her at her sister Shelly’s (Susan Robinson) place. Lex’s anger and stubborn ness to be helped gets the better of her and its consequences are tragic for Reuben.

A truly powerful well-performed piece brought to life by realism through in-depth research and characterisation, as well as apt and well-thought-out sound effects, this is a show not to be missed. After all, how can you really help people suffering if you don’t actually know what they are going through?

Until Saturday 6th, tickets are available from HERE 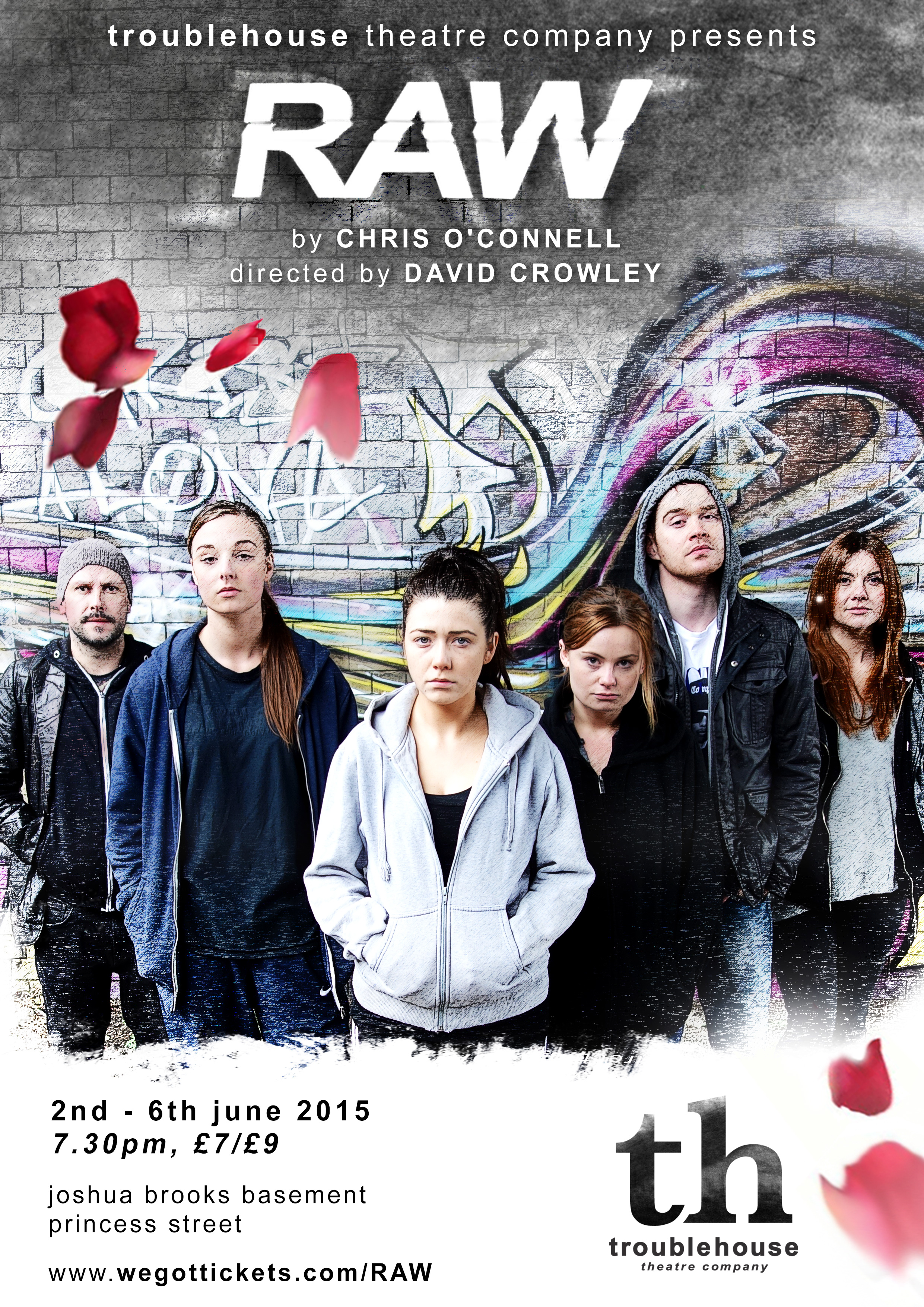