As 2016 marks the 400th anniversary of Shakespeare’s death, there is going to be no escaping the literary great this year. However, Talawa Theatre’s production of King Lear is rather remarkable and brave as they challenge the stereotypical view that many people have of Shakespeare plays, and the result is quite exceptional.

From the very beginning we are brought into Lear’s kingdom and immediately get the sense of a gothic vibe from the costumes and set design. Lear (Don Warrington) seems like a scary man for making an example of his daughter; Cordelia (Pepter Lunkuse) when she is unable to put into words how much she loves her father.

One of my favourite characters from the play was The Fool (Miltos Yerolemou). His role is to provide some comic relief into what would otherwise be a very dramatic production. Yerolemou’s interpretation of The Fool is completely unique. The physicality he brings to character is courageous and very watchable. He also displays moments of vulnerability in the character in the songs.

The danger when performing a piece of Shakespeare’s work is that the actors can sometimes perform the soliloquies as empty words. There were a few occasions in this production that I felt like the actors didn’t emotionally connect to the pieces and they seemed a tad rushed. However, given that the play clocks in at just over three hours and 30 minutes, I doubt they could go any slower. 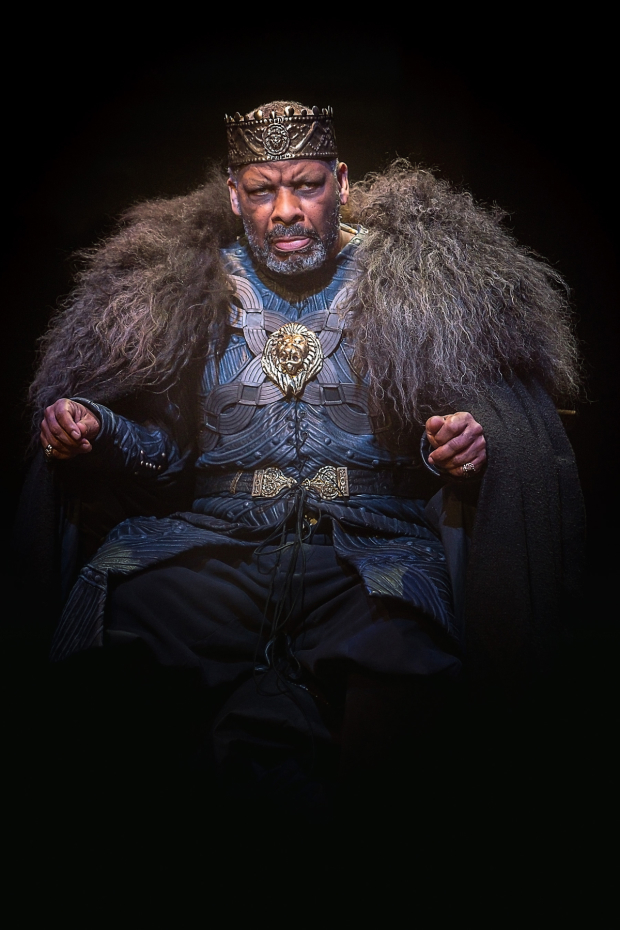 Warrington’s performance as Lear is astonishing. You can tell he has put a lot of work into this. The physicality he brings to the character is constant and real. Lear goes on a bit of an emotional rollercoaster during the play, and Warrington does a great job of not just displaying them, but connecting with them. A personal favourite was his sense of rejection when he is dismissed by his daughters; Goneril (Rakie Ayola) and Regan (Debbie Korley). There’s a lovely moment when he reaches out to them after hearing this, but is rejected again. This is the beginning of Lear’s emotional breakdown, which is handled extremely well. However, it takes a very dark turn when Lear kills The Fool - someone who he seemed fond of until this point.

It’s not just Warrington who give excellent performances in this play. Alfred Enoch is absolutely sublime as Edgar, especially in his scenes as Mad Tom. His seamless switch to a Somerset accent was great.

Shakespeare did not write short plays and therefore to make them viewable in today’s world a lot of it needs to be cut. This production of King Lear is no exception. However, it seems like the character of Cordelia had more scenes cut than any other character. When she came to stage two hours after she had last appeared, I had forgotten about her.

Through Michael Buffong’s direction and some excellent acting, King Lear is a very strong play and one which I recommend anyone wanting to see a least one piece of Shakespeare this year to see.