Riverdance leapt onto the Regent Theatre stage tonight and is having a short but sweet stay here, with only two more performances before they pack up their emerald green costumes and grace another adoring city. The show was a complete sell out which is exceptionally impressive as I frequently attend this theatre and haven’t seen this happen for years.

Honestly, I can completely understand why the show was a sell-out. It’s because the show is an absolute marvel and wonder to watch. My favourite part of the show was the scene which included the Riverdance tappers this scene added some real comic relief to the show and was a nice change from the intensity of the rest of the show. Rohan Pinnock Hamilton and Dharmesh Patel were two of the smoothest dancers I’ve ever seen they oozed charisma and charm. This number was an absolute honour to watch and the three featured Riverdancers which was led by Bobby Hodges, also carried every inch of this charm. The five of them had the audience in the palm of their hands getting us cheering and in some cases even wolf whistling them. This was just visually beautiful and honestly should probably win an award for the swarvest dance routine ever performed this was the high light of the show and probably the dance highlight of my life.

The show was led as I said by Bobby Hodges, who was hands down the most elegant male dancer I’ve ever seen. The skill this man has is simply unbelievable he’d swap from one dance to the next effortlessly. Absolutely no sign of slowing down, no sign of being out of breath nothing after dancing what must be one of the hardest dances in theatre and he did It with nothing but a smiling warm face throughout he was a marvel to watch. He danced with Emma Warren who gave a very clean and pretty performance, she made it look effortless like the she could have danced it blindfolded. Yet she didn’t put a single foot wrong. These two made the perfect dynamic duo and were beautifully partnered, they were a pleasure to watch and bought the show to life. 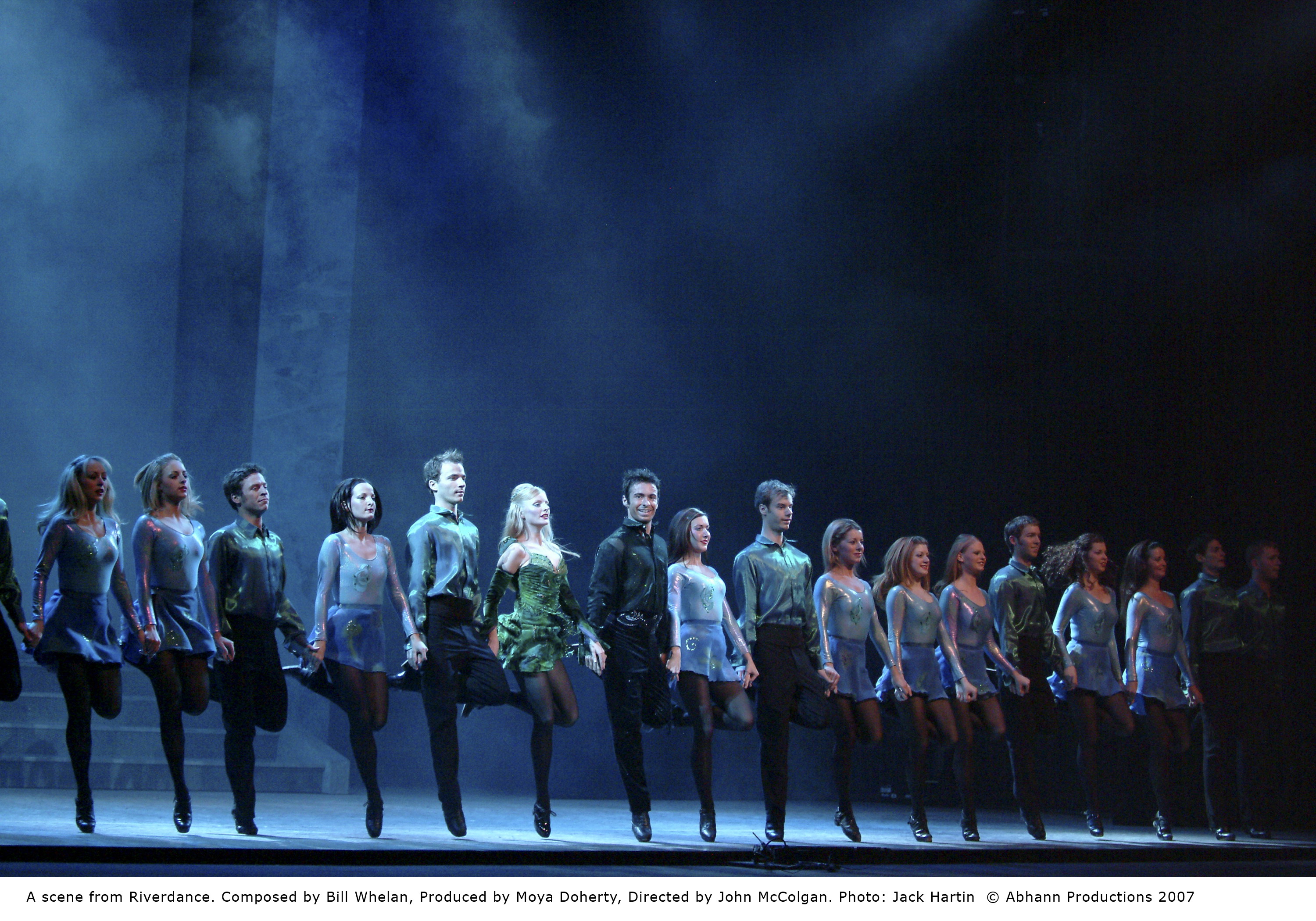 The chorus of the show did not put a single foot wrong the entire show and trust me I was watching intently. The chorus were electric every dance was seamless every move perfectly executed. My favourite chorus number was Thunderstorm as such strength came from this all male dance it was so powerful and almost put you on the edge of your set as it created such a surge of tension. The chorus also doubled as singers which I thought was a beautiful touch the music in the show was haunting and the choral singers gave me Goosebumps. The Russian dance was outstanding and I heard gasped and awes from the audience, I even overheard from a fellow audience member about a lift “I wouldn’t want a go at that.” It was an absolute spectacle. I also couldn’t believe when the female chorus performed some steps on point in their Irish dance shoes as they held up effortlessly.

It was lovely to have a band onstage providing the backing for some of the numbers. I did however as much as I loved them feel that there were far too many interludes of them just playing music for exceptionally long periods of time. These interludes were played to the highest standard and sounded beautiful they were just too frequent and too long.

The set of the show is nothing visually outstanding as it features stairs and some well-placed Celtic signs. But boy the costumes Joan Bergin were visually stunning, each costume caught the eye as every bit sparkled, shone and span beautifully. There was use of projection throughout the whole show allowing the audience to get a feel for where the scene was being set from a thunderstorm to an eerie wood. The projections were clean and crisp and fitted the pace of the show beautifully, what really aided these was the incredible lighting designed by John Comiskey. This lighting was so precise that at points it was almost mesmerising, the way the lights shone through the stage smoke was atmospheric and magnificent.

Overall, I would recommend the show to anyone it was out of this world, the amount of skill and talent it must take to perform that show night in and night out is just unbelievable. I don’t know if id rush back to watch it again any time soon though as I almost think you need that feeling of wonderment at the talent to truly appreciate how good this show is.