Parents Without Children is a moving two act play that tugs at the heart-strings from the first moment till the last yet manages to raise a smile or two along the way. Presented by Manana Productions the show follows four parents who have each lost a child at varying times during their youth.

We first see married couple Teresa (Mia Vore) and Flynn (Dru Jones) preparing to go to a relatives funeral just weeks after losing their daughter at just 4 years old. Whilst Flynn is adamant that they should show a united front and attend, Teresa is finding the whole prospect somewhat more difficult with her grief still raw from their daughters passing.

Lisa (Mary Gerardine Hooton) meets Flynn at the graveyard whilst she is tending to her 17 year old sons grave, he suffered from autism and passed away after being electrocuted. They strike up a friendship through their shared experiences as Lisa suggests grief counselling as a way to help the couple.

Finally we meet Bethany (Rebecca-Clare Evans) who on the surface seems a vivacious character who lost her daughter after just 12 weeks along with her husband in a car accident.

All four shine under the direction of Natalie Kennedy as they turn Fiona Wheeler’s script into an emotional evening of live theatre. Jones plays his role superbly, and his scenes with Vore are sublime with long moments of awkward silences as the pair struggle to discuss how they feel about their loss. It is clear though that they adore each other and their shared love will help them get through this unimaginable life event.

A number of monologues in the counsellor’s chair highlight the skilled acting on show in this production and draw you into the depth of feelings the characters are experiencing. As the play comes to an end there is a piece of good news that one of the parents finds hard to come to terms with.

A simple yet effective set is the final piece in this productions jigsaw with the graveyard being placed at the foot of the front row making you feel you are actually part of the play and grieving with the cast as they tend to their lost ones graves.

Can time help to heal the wounds caused by the loss of a child and the associated grief, or is it something you will never get over? I guess unless you experience it for yourself it’s a question we just don’t know the answer to. I for one will be giving my kids an extra special hug in the morning. 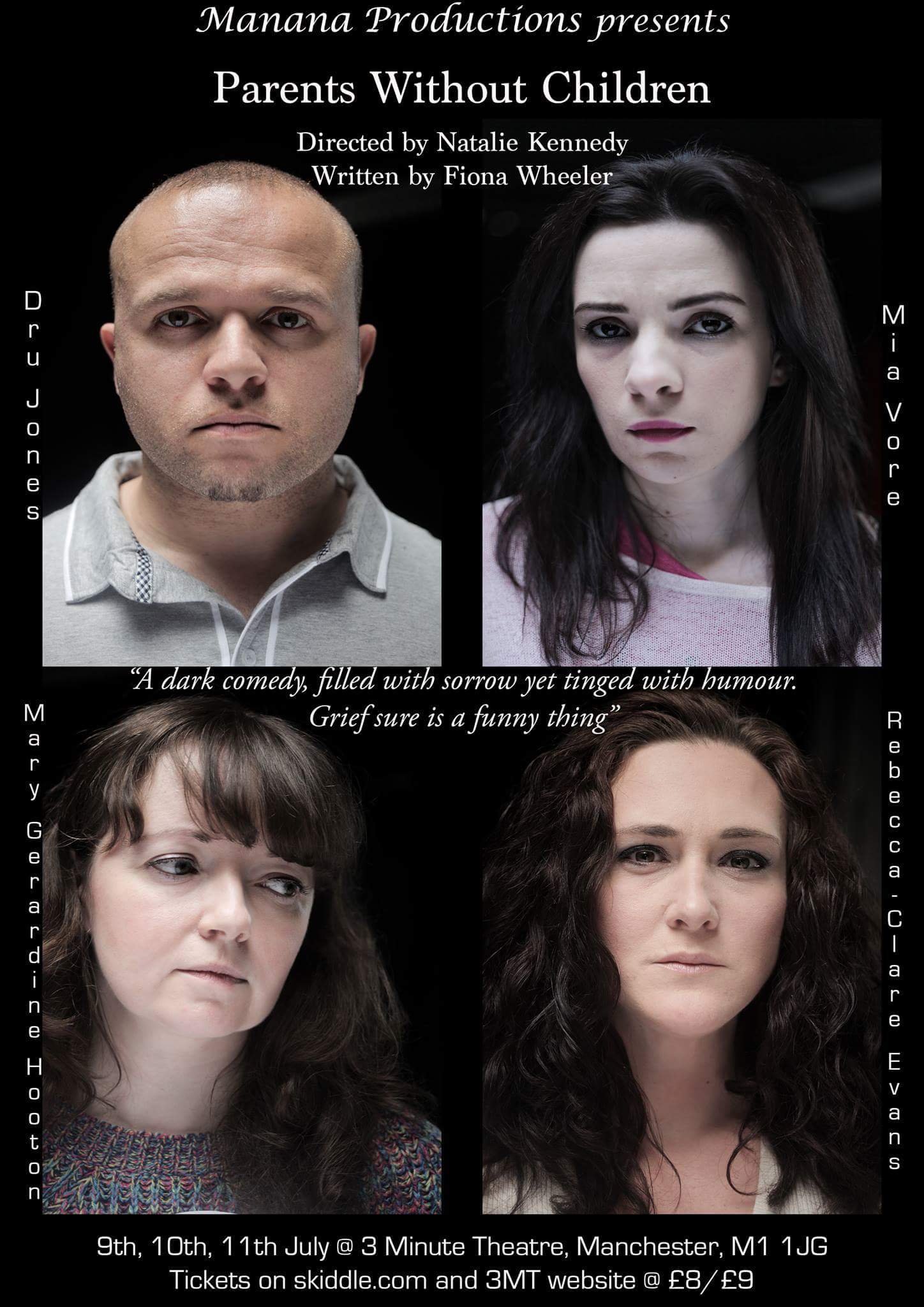