From the company that brought you PLUTO and Shakespeare in Space, Moonchild bring Coelacanth to The Cockpit and it is a show that will shock you to the core. Cantered around Yvette (Lizzie Back), a young and beautiful millennial who you would assume has everything to look forward to, we follow her story and learn about her date with death.

With the help of sarcastic and at times cut throat Morningstar (Jack Michael Stacey); Yvette tempts fate and lures the audience into a false sense of security, however the evenings events take a dark turn.

The choice to use The Cockpit proves successful, although quite a large (fringe) theatre, the three actors prove they are more than capable of filling the space and especially show strength through remaining committed to performing in-the-round. The set remains the same throughout, a round white bed in the centre decorated with pillows and makeup. The constant  reappearance of gin and tonic comes from the decanters tucked away nicely and Yvette’s mobile phone is glued to her hand for the majority of the show. Props remains simple for the most part and are always necessary, additionally, lighting switches between cold blue lights and warm orange tones yet are fitting to the piece. 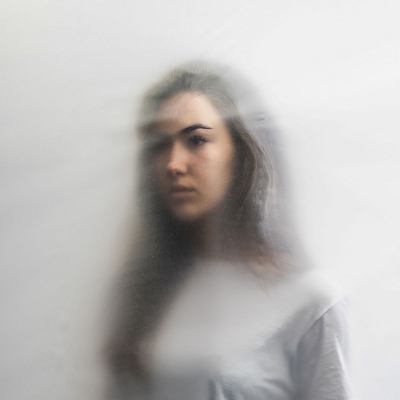 Back’s portrayal of Yvette is consistent and grounded for the duration of the piece, mostly upbeat and softly comical - even showing excitement at being able to choose her choice of death. However, as the piece twists and turns we are exposed to a more vulnerable side to her and it remains a burning desire to figure out why a beautiful twenty something year old yearns for an end through assisted euthanasia. Back allows the audience to warm to her through subtle nuances whilst still holding onto their inquisition.

The arrival of a drunk Rachel (Yvette’s flatmate) and her bag of wine, automatically shifts the dynamics of the piece. Rebecca Camilleri is bold and unapologetic in her eccentric interpretation of Rachel and reduces the audience to tears almost automatically. The contrasting friendship of Yvette and Rachel allows us to see a louder less uptight side to Yvette and in some heart-warming and tender moments the chemistry between the two actress’ are truthful. Considering Camilleri is on stage for a third of the time Back and Stacey are, her presence is refreshing and impressionable and she truly shines within the cast.

Writer Callum O’Brien finds truth and fear in this sombre and at times, light hearted piece. Set in a dystopian London, O’Brien’s writing delves into the depths of an age obsessed with social media and technology and explores how damaging it can become. Additionally, Liz Bacon is smart and creative in her direction. The stage is utilised at all times, yet still manages to feel intimate when necessary. Bacon’s transformation of the text to the stage is never stagnant and remains engaging, with particular praise to the ‘Africa by Toto’ scene.

Coelacanth is macabre and genius and will leave you in deep thought for a while. If death was downloadable, would you get it? In this ever evolving world, do we thank God for the internet or is it a curse? Who is really watching us, and how much do they know? You can decide after watching Coelacanth .