To the Moon… and back… and back... - Etcetera Theatre, London

Actor and writer Rachel Salisbury brings her one woman show To the Moon… and back… and back to the Etcetera Theatre and it is an open and honest account of her pursuit for love and the struggles of dating in the modern world. The story follows Rachel and the real life events following her decision to advertise her search for “The One” via a Facebook post and the repercussions of going viral.

Salisbury’s general persona is goofy and pleasantly awkward and it is easy to relate to her desire to love and to be loved. Throughout a series of unfortunate dates, the loneliness and low self esteem of Salisbury becomes more apparent, however she is often seen smiling through the pain even at her most vulnerable moments. On the most part, Salisbury's reconstruction of these scenarios are funny, cringy and all too close to home - with some stand out one liners. However, at times the comedy is slightly announced through Salisbury’s tendency to pre-empt. 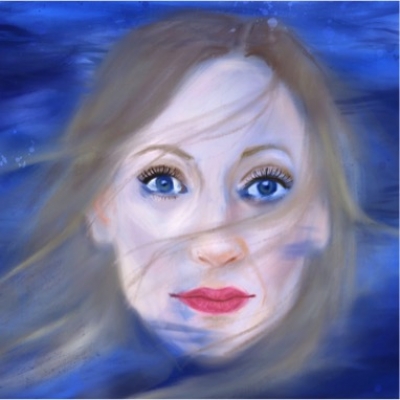 At first the direction of the piece is unclear and it is difficult to place particular events to where they took place in Salisbury's life. Eventually, the structure becomes more straight forward and the production as a whole gains more clarity. The transition between the comedic moments during the dates and the more unguarded moments of Salisbury’s confessions to the audience lack a consistent through line and are at times a bit sudden, often resulting in lack of empathy and connection to her. Additionally, there are moments when Salisbury is practically inaudible and it would benefit her to project even at her softer moments.

Clothes play a very big part in this production and their representation proves successful and powerful. For every date Rachel attends, she walks over to her clothes rack and chooses a dress, or skirt and top combination. For every failed attempt to find “Mr Right”, she discards of her clothing until they form a line of disappointment and heartbreak behind her. Director Danae Cambrook is clever in her decision to incorporate the clothes in such a symbolic way. Furthermore, considering Salisbury is the only one ever on stage, the show is never stagnant. Cambrook carefully distinguishes between the dates, the apartment, the train and more through the simple use of multipurpose props.

To the Moon… and back… and back is raw and open and Salisbury is brave for putting her story out there and not being afraid to make a fool of herself whilst doing so. Work could definitely be done on the production, however it has a lot of potential and could not be more relatable for women trying to find genuine love in 2018. You will leave rooting for Salisbury’s love life more than your own!