Victoria Cano’s Pomegranate Season at The Cockpit theatre is a bold and controversial piece that not only needs to be seen, but also discussed afterwards. Pomegranate Season follows Cora (writer and actress Cano) as she struggles with the aftermath of her “potential” rape, throughout the show we gain insight into her inner turmoil and how the events proceed to affect those around her. Touching on consent, friendship, boundaries, sexuality and the importance of the words ‘Yes’ and ‘No’; following the ‘#metoo movement’ this production could not be more relevant.

The design and stage management by Fenella Corrin and Bethany Pratt is clever and skilful. The stage is strewn with set and props and at first it is hard to distinguish one setup from another. The middle assumingly is a bedroom, towards the back, crates and boxes and fill the space and on either side there is a selection of alcohol bottles, glasses, table and chairs, shelves and more. However, as we are drawn further into the piece, the storyline becomes clear and every set up on stage becomes an individual. At times, the clarity of the piece in relation with the set is so slick it almost feels like watching TV - totally focused on the moment and completely unaware of any other characters, or props being moved on stage. 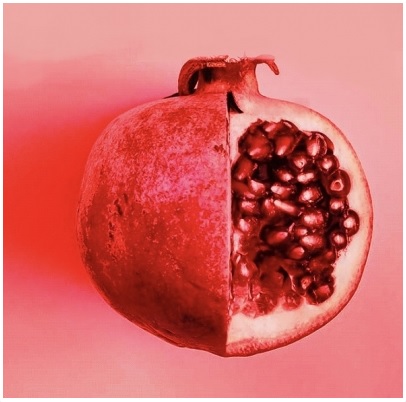 Additionally, Marylynne Anderson-Cooper’s direction perfectly utilises the set and its props and the actors seem confident and at ease with their surroundings at all times. Cano’s writing is unapologetic, tender and funny - and is executed well. Cora’s character is confident and high spirited; the life and soul of the party constantly flirting with best friend Dan (Ben MacKenzie) and winding him up. Cano is strong with her portrayal of Cora, she shows boldness from the very start and continues to prove her versatility as Cora becomes self-destructive and almost lifeless. Cano’s performance is believable and never wavers, and it is clear to see why she played the part.

The rest of the cast are competent in their roles and all bring a different dynamic to the piece. Shaila Alvarez plays Cora’s best friend Demi, the comedy element to this character is often there and Alvarez is funny and sarcastic with her take on Demi and her one liners. Although, occasionally her more serious moments seem to lack truth. ‘The Woman’ (whose character name I won’t mention to avoid a spoiler), is played by Cherry Walters and considering she makes an appearance for at the very most, five minutes, her physical embodiment of her hippy, airy fairy character is a stand out role and she plays her absolutely perfectly.

Pomegranate Season is based on a difficult subject, but it is easy to watch. It is apparent that through lighting, costume, sound and so much more, the creative team succeeded in working together to create a strong atmosphere and depiction of Cano and Anderson-Cooper’s vision. This production is well executed and will educate and encourage at the same time.