Fred MacAulay has been on the comedy circuit for over 25 years, presenting his own radio show on BBC Scotland before he parted company with them after 18 years. In opening the show MacAulay jokes that he left at the same time as Jeremy Clarkson, just without the violence!

MacAulay has a very laid back style to his comedy which worked well in the smaller space of The Studio at the Lowry tonight. Playing to a half full audience (not bad for a Wednesday apparently) it almost seemed like he was having a chat with friends in the pub such was the relaxed atmosphere.

Top of the list of subjects talked about was the recent Scottish Referendum which was effectively a “draw”, reading from an official brochure produced for the vote last year he highlighted some of the promises made, some of which today sound very different to just a year ago.

With his newly found spare time MacAulay describes his holiday he recently took with the family to America and compared it to those taken with his parents when he was younger. There were moments during this part of the act where my mind wandered back to holidays I had as a youngster, finding my head nodding in agreement with what was being said on more than one occasion.

Last years’ Commonwealth Games in Scotland was also spoken about, in particular the concert staged at Edinburgh Castle to celebrate the event taking place in the country and its initial lack of Scottish performers booked.

A section on the three types of phone calls you get on your landline phone was a particular highlight to the evening with plenty of the audience agreeing with the words spoken. I think secretly we have all wanted to answer PPI and survey calls in such a way.

MacAulay performs a laid back show which in places is very funny indeed, although for me the pace was a little slow at times as he seemed to almost struggle to find the next subject to discuss. Having not seen him live before I am unaware as to if this is his usual style or I just caught him on an off day.

MacAulay is touring until the end of November across the country and full details can be found at http://fredmacaulay.com/ 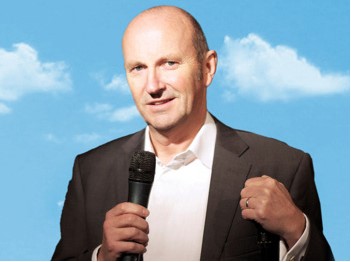