Richard Herring’s been busy. In the ten years since his “Oh F*”k I’m 40!” tour the comedian has continued to perform at every Edinburgh Fringe, cultivated a loyal following for the extremely funny and entertaining Richard Herring's Leicester Square Theatre Podcast (RHLSTP), written several books, appeared in celebrity quiz shows, written a newspaper column, got married and become a dad.

“Oh Frig I’m 50!” in which Herring reflects on his journey via a spectacular midlife crisis from not so young but most definitely reckless singleton to a happily married father. Not to say that Herring is at total peace with the delights having reached a half century has delivered. With irreverent and hilarious detail Herring describes the assault and humiliation aging has brought to bear upon his body and sexual functions. 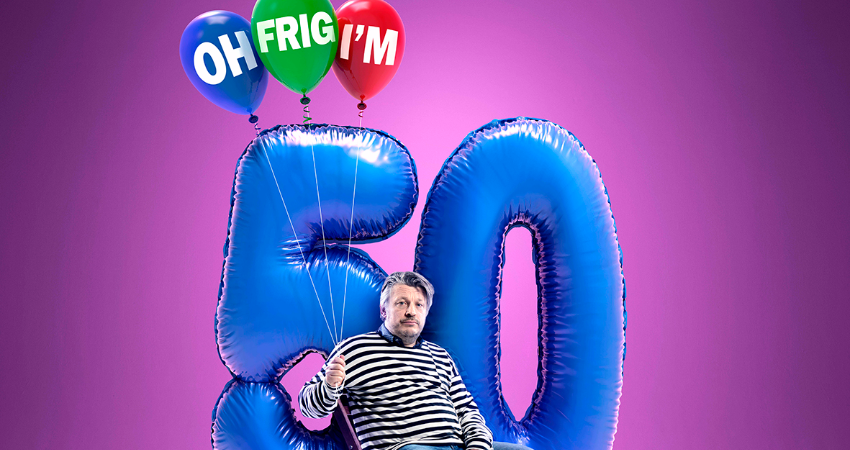 There is no doubt Herring tells a cracking good funny story. Just the right amount of realism, just the right amount of embellishment and reiteration, unashamed rudeness and an ability to whip a gag up into a frenzy before delivering a crescendo climax. Herring is ultimately charming and likeable, not afraid to be offensive but not courting offense.

However, there are altogether more significant and substantial issues explored in the show around love, fidelity and parenthood and the comforting acceptance of our own insignificance. I found the honesty with which Herring talked about these all too often romanticised themes quite refreshing.

There was a lot of material that seemed familiar from the podcasts but it’s easy to tell that Herring has the skill to respond to an audience and that new material comes from the familiar rapport with them. You’re in on the in jokes before you know it and Herring threads these through the show with comic skill.

Herring has created my favourite kind of comedy persona: clever, honest, unguarded but flawed. His latest show does him justice as a comedian. We were treated to a generous nearly two hours of laughs and I thoroughly enjoyed it.