Dead Cat Comedy returns to the Dancehouse Theatre starring Duncan Oakley and Phil Kay and what a magnificent triumph this return was. Alongside these to comedians was the very talented support from Tom Little and Red Redmond each bringing their own unique twist on comedy. The Dancehouse Theatre is the ideal place for a comedy night like this one as it is an intimate auditorium where as audience members we could relax and enjoy a night of witty humour.

Red Redmond did an exceptional job as our as our host and compere for the night making us feel at ease while slightly on the edge of our seats with anticipation and wanting more. Being in a direct seat from the stage I did worry about being picked on. As the host Red used the audience as his tool for his jokes, he was very quick on his feet and very clever with some of his quick remarks and punch lines. It's fair to say Red set the whole show at a nice pace, he is a stunning comedian with a career that I'm sure will speak volumes.

Duncan Oakley was our first act jumping straight into his work with some adult themed comedy that would be hard not to watch and enjoy. The act as a whole linked smoothly and his use of song I believe but a very original stamp to his performance. A favourite part of mine was a song about a bird with no head! Saying no more other than his use of his body as a prop to make rhythm had me gasping for breath from laughter. Also Phil E brought a nice range of long and short gags, there was never a dull moment while he was on stage and a big recommendation of mine to anyone that ever gets the chance to see this genius at work. 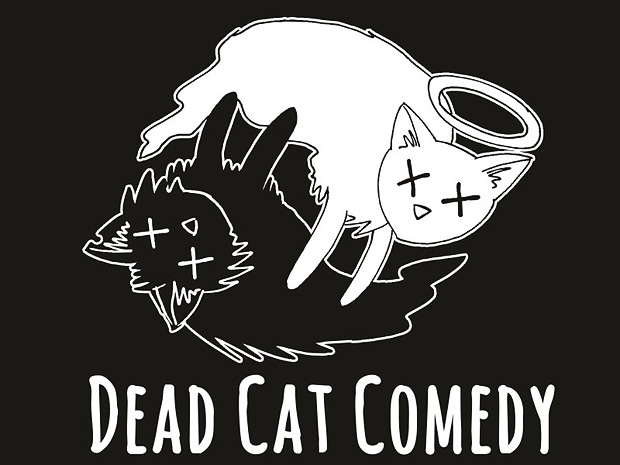 The second and slightly different act for this comedy night was Tom Little who needed nothing other than a mic to keep us entertained. What I thought was interesting about this is Tom used a different over enunciated voice to present his act. It's clear that he’s thought about his character and the way in which he'd like his comedy to come across. His voice was high pitched and shaky which suited him bringing up topics nobody would ever think of. His conversation about pets was clever while asking the audience about their pets and listing the most unpredictable animals you'd keep. It's no wonder this comedian is already award winning and at such a young age it's incredible that he has got an act perfected to such a high standard with talent and wit beyond his years.

I think it is safe to say that the star of the show was indeed Phil Kay. I have never watched a comedian quite like him before. Having had a career that was sprawls across television and festivals it's no wonder he's able to produce such a hilarious piece of comedy. He began by entering the stage with an ironing board and various other props he found backstage and started to run round like a lunatic, it was a lot of fun to watch, he also used a big majority of his time to sing a song which was completely of the top of his head but was none stop pure entertainment, he went into the audience to smell people and flirt with audience members although it was all done tastefully. Phil K has got an obvious capability of keeping an audience watching and laughing without necessarily having material to go by which to me is the sign of a natural comedian.

I've no doubt in my mind that Dead Cat Comedy didn't disappoint with return to the Dancehouse Theatre and if stand-up comedy is something you enjoy then I'd look no further than this group. You can find this group for on www.deadcatcomedy.co.uk to find out there latest whereabouts and enjoy a fabulous night just like I did.