Matt Forde took to the stage at The Lowry on what was the final night of this his current UK tour. Having been on the road since August when he first performed 24 Hour Political Party People it is fair to say the political landscape has changed somewhat. As to whether Forde’s act has changed accordingly we can’t say, however he is very well versed in all the main parties and their leaders.

Starting the evening by asking the audience to cheer for the party they voted for at the recent General Election it became clear we were sat in a Labour stronghold on this particular occasion. Although this was a pretty safe bet being in the North West of England it played into Forde’s hands as a lot of his act was based around Ed Miliband.

Forde’s strength are his impersonations demonstrating all the main political party leaders throughout the night with additional appearances from Tony Blair, Alex Salmon and Boris Johnson to name a few. He has clearly taken time to perfect these voices with Miliband and Clegg being particularly good and well received by the almost capacity audience.

Concentrating on the General Election during the first half of the show Forde picks at the party political broadcasts and comments on the leaders debates. An observation that David Cameron just sat back and let everyone else do the work on this campaign not appearing on TV unless he was pictured in front of local industry or some sliced bread was both clever, and when you think about it very accurate.

The second half of the evening centred on the way Forde sees the main political figures in the country today, more as people in their own right rather than just members of a party. Taking time to analyse how these figures speak and the ways their voices change dependent on the situation it really shows the impersonation skills he possesses.

The jokes are OK, but not hilariously funny however, with Forde seemingly losing the audience in parts. Several attempts to engage the audience in a debate also fell a little flat. It was not clear if this was due to the fact the gathered audience didn’t feel suitably confident to speak on political matters of they just weren’t engaging with our host.

As an impressionist Forde is up there with some of the best, it is just a shame the comedy element did not quite live up to the same level. 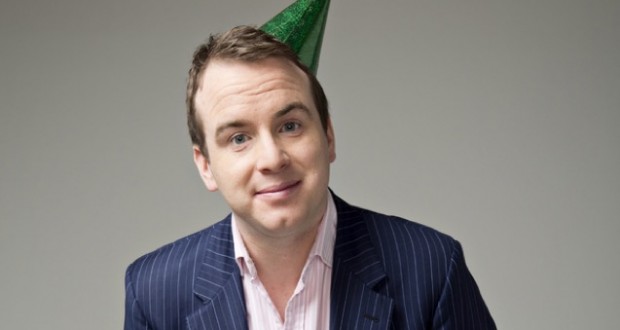