Elements of Freestyle – Pleasance at EICC

The Netherlands ISH Dance Collective presents ‘Elements of Freestyle’ which is a marrying together of different styles of extreme sports and dance. This company was formed in 2000 and since then have been pushing the boundaries of entertainment to provide their audience with awe inspiring shows that makes the audience sit on the edge of their seat in anticipation.

Today’s show began with free-running and a display of basketball skills with illuminated basketballs which glowed in the dark. This attention to the lighting of the show helped to present the skills on show with added effect. The music was a heavy beat punctuated with the energising sound of a violin and cello which worked perfectly with the combination of disciplines on offer.

The BMX biker showed us his ability to be at one with the bike creating the feeling that he was gliding like an ice dancer with pirouettes and graceful moves. 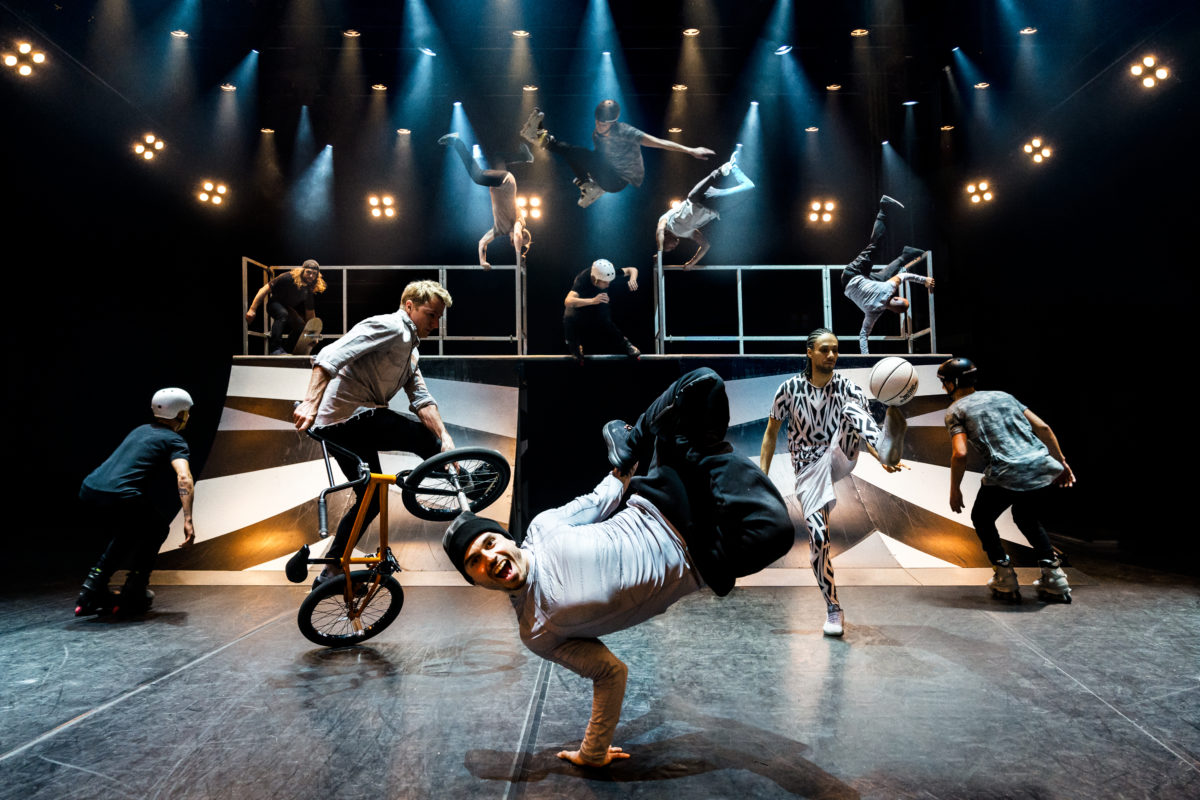 The dancers had a combination of strength, speed and breakdance moves whilst also appearing graceful, which astounded the frustrated dancer in me!

Robotics, head spins and then mirroring their dance moves with the BMX biker which demonstrated the fusion between the artists. The sheer strength and precision of the tumblers with heightened artistic gymnastic skills, I watched open mouthed.

The staging was changed as the show progressed and the artists were included in the moving of the ramps and caging and this was made part of the show.

All the disciplines are given their own time to shine as well as merging with the artists as a group. The choreography moves and the impact of the well thought out lighting help to give the audience an experience they will not forget. Young and old will love this show as it caters for everyone and it’s a good family choice. I took two 15-year-old boys and they were amazed and were talking about it at length afterwards as I am sure many children were.

There were twelve artists performing in the show. These were drawn from companies such as Danish National Ballet. In their words, they need artists who have the guts to colour outside the lines – and boy do they! All the artists must support each other, or the show would not work.

Edinburgh Festival is the perfect place for this type of group to perform. With the high footfall at the Festival and good promotion, they should be able to fill their auditorium as word of mouth spreads and families descend on the Fringe.