Paisley to play LEAF, Manchester as part of GM Fringe

Paisley is a deeply personal piece of theatre focusing on culture and its development from a woman’s perspective. Set within such an intimate space as a bedroom, we will explore the societal problems set upon ourselves and the lingering scars left behind by our psyche.

Be prepared to be taken beyond the realms of these four walls as we uncover a new perspective through the magic of storytelling. 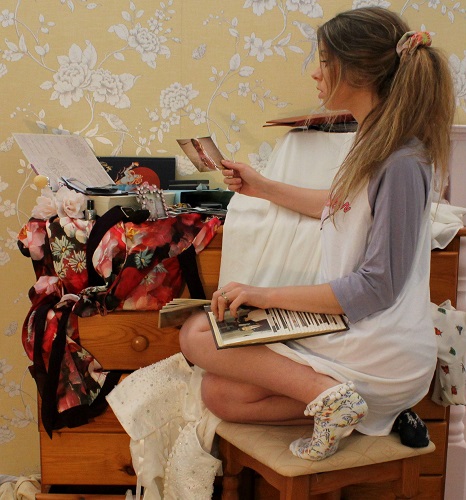 We pride ourselves on making for the equally strong but equally different female characters. An opportunity that we know unfortunately doesn’t happen as much as it should, so what a way to celebrate 100 years since women have been able to vote by seeing a play that depicts women’s progression throughout different cultures. What a privilege to perform an all-female play in the heart of Manchester where the Suffragettes were born.

Paisley produced by Andre Anderson is about women supporting each other through real-life issues that a makeover can’t fix.

Paisley plays at LEAF on Portland Street, Manchester on the 15th & 16th July as part of Greater Manchester Fringe. For tickets click https://www.ticketweb.uk/search?q=Paisley&org/216863&pl=mff