Have you ever had the feeling you were going mad? Walking up stairs and forgetting why or misplacing things you know you had put in the place you have just looked? We have all experienced it but if it was someone you loved and trusted dearly that was making you feel forgetful and moving things, would you notice? Oldham Coliseum’s Victoria thriller Gaslight from Patrick Hamilton tells this story.

Bella - sorry, Mrs Manningham - played by Catherine Kinsella, is being driven mad and faces threats of being locked away by her husband Jack (Damien Matthews) if she fails to find the note the grocer’s bill that she appears to have been misplaced. Could someone have hidden it? Surely not. Well perhaps… and why do the gas lights always go dimmer exactly ten minutes after her husband leaves the house to do business at his club? Is there a ghost in the house or does she really hear footsteps from above? 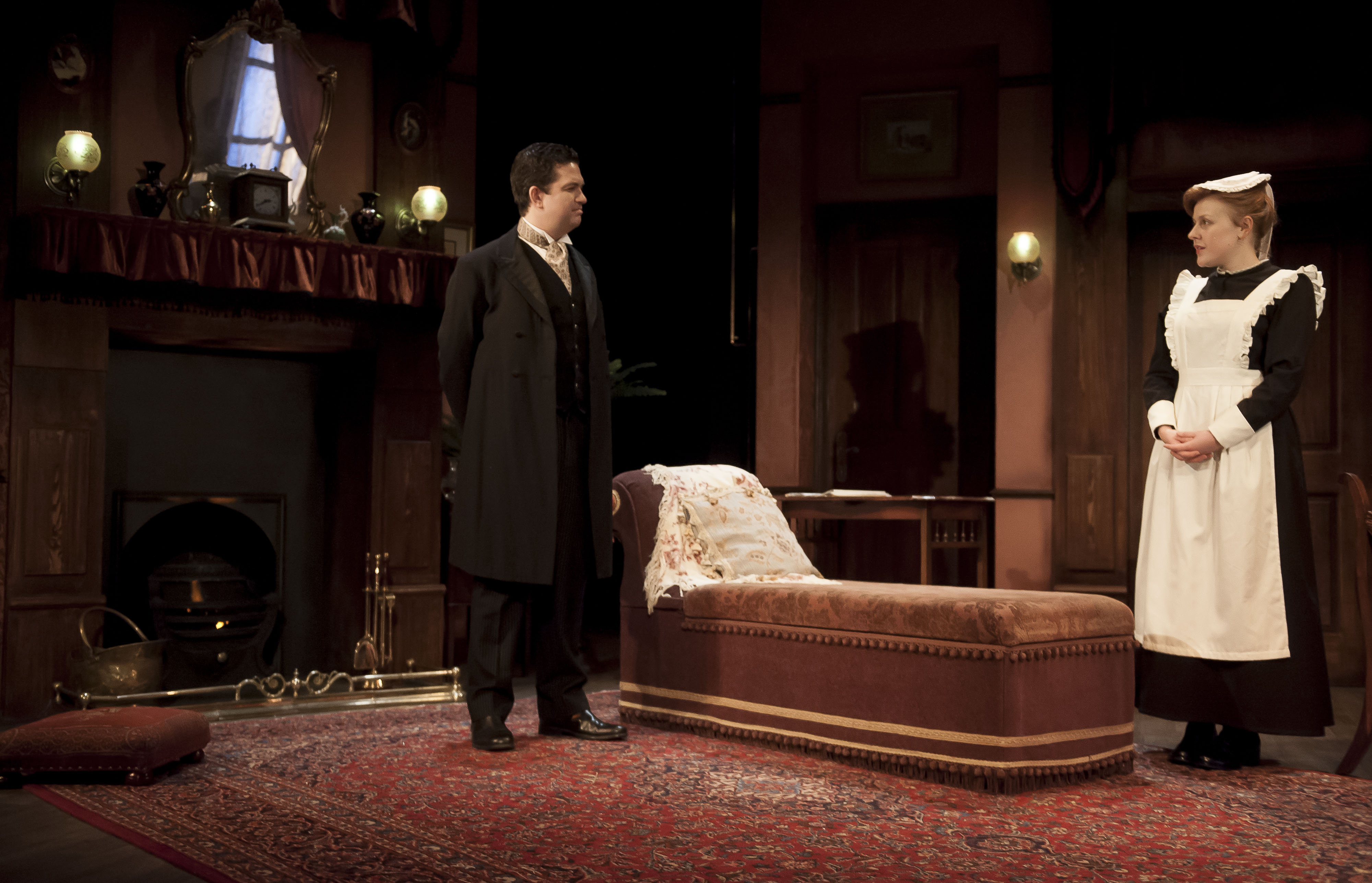 These are the questions she asks herself and, when he arrives unexpectedly, Scottish retired police detective Rough (Paul Webster). The detective has been watching the house since his days uncovering the murder of an old lady named Alice in her own home. This home. A Drawing room. The very drawing room in which this play is set. Murdered for the possession of precious rubies, the perpetrator never found them but left her home rampaged. Upon watch, Rough has seen a man entering the top floor of the house, known to be where Alice slept, so he wishes to find out more about the man so he waits for him to leave and confronts his wife, Bella.

A play written and premiered in 1938, before it’s conversion to a film released in 1944, starring 18-year-old Angela Lansbury in her screen debut as housemaid Nancy, its main theme is deception of a master of the house controlling and being possessive and manipulative to his wife.

With an equal bank of talent across each of the actors, we also meet housemaids Elizabeth (Sue Twist) and Nancy (Amy Gavin), the latter of whom has an interest in the master which we later see is reciprocal. Nicely-lit, well-dressed and well-directed by Robin Herford, despite my not liking plays, I was impressed and enjoyed the piece, no matter how predictable the first have could be. Rough provides comedy and consistency whilst Kinsella’s turning tables twist in the final scene was brilliantly executed. Well done to all involved.

Please head along and support this show before it ends on Saturday 18th February.