They sat there waiting, tension building, as the late straggler took her seat in the audience. And when Pramkicker, a story about two sisters, finally got under way that tension never dropped.

Postcard Theatre, formed by director John-Mark Reid, don’t do dull. They do difficult, emotional, agonising productions – backed up by brilliant writing and strong performances. This play is no exception. Sadie Hasler’s writing is as observant, witty and acerbic as it gets. This was clear early on with middle-class jibes about Boden and Centre Parks.

The performances of Coral Sinclair as Jude and Tilly Sutcliffe’s Susie are captivating as they interact wonderfully to bring this play to life. Jude, the older sister, is the pramkicker who got herself into a silly argument and ended up on an anger management course. Tilly, her wide-eyed little sister, is the one asking all the questions to someone she idolised as a child. 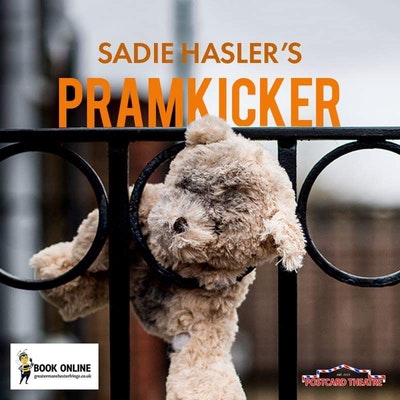 But as the story unfolds, with each actor playing extra parts in beautiful breakout sequences, both Jude and Susie reveal their darker experiences which have made them the complicated characters they are in adulthood.

The strength of the writing - covering love, motherhood and broken relationships – means that these themes resonate with the audience. The angst of the characters feels very real. You could almost see the tension in the room.

Even in a non-theatre space like this upstairs of a pub – The Stanley Arms in Preston – that tension grips you throughout. It’s testimony to Sinclair and Sutcliffe’s efforts, under Reid’s direction, that physical abuse scenes are breathtakingly shocking when they could so easily have been farcical.

You could say the same about the industrial language – this play is littered with profanities – but the convincing performances deliver these shocking words in style. We could have been in the Royal Exchange, not a pub in Preston, so engaging was the show.

Pramkicker is generally fast-paced throughout, yet some of the slower scenes sat on the beanbags during confessional moments, offer some of the play’s most tender interactions. But when it expertly switches from these scenes to flashback depictions of past traumas, it delivers its most memorable moments. These darker sequences lift the production up to another level, culminating in Sutcliffe’s captivating monologue in Pramkicker’s thrilling climax.

Add some witty one-liners to the mix – I particularly liked the line about independent coffee shops – and you’ve got a dramatic piece of theatre which deserves a wider audience.

Between the laughs and the gasps, I found myself wondering if the rest of the audience were relating their own experiences to the characters performing in front of them like I was. I think they were.