A Feast of Gilbert and Sullivan - Floral Pavilion, New Brighton

As someone who thinks of opera as The Light in the Piazza or ‘Hannibal’ in Phantom, A Feast of Gilbert and Sullivan was almost a baptism of fire for someone who’s never seen a full opera before.

In a way, this was the best introduction to opera, not only were they written in English, they also had a comedic element in the majority of the songs. Obviously, I knew of Gilbert and Sullivan and I’d even head of The Pirates of Penzance, H.M.S. Pinafore and The Mikado, and I knew some of the songs. What I hadn’t realised, was how little I knew about the famous duo. W.S. Gilbert and Arthur Sullivan wrote 14 comic operas in the Victorian era. Their settings where whimsical and fantasy places and included creatures and characters such as fairies and pirates rubbing shoulders with British Lords and rising to positions well beyond their means.

A Feast of Gilbert and Sullivan made sure to include numbers from each of the Operas written by the pair. They were performed by former members of the D’Oyly Carte Opera Company and accompanied by the British Philharmonic Concert Orchestra. The evening definitely kept in the theme of Gilbert and Sullivan, as there were jokes and quips in between songs, as well as interesting facts that may not have been widely known, and further information to productions of the operas that are coming up in the near future. The five performers were all outstanding and it was clear to see why they were so advanced in their field, as they made the whole thing look effortless. Victoria Joyce, Louise Crane, David Menezes, Jeremy Peaker and Richard Woodall played their parts perfectly and managed to bring every individual character to life through their songs. They had seamless changes between the different characters they portrayed, and their comedic timing was absolutely spot-on!

The orchestra was conducted by Anthony Kraus and led by Emily Chaplais. They are definitely all experts in their field, and it felt as though they had been playing together for many years, as they all kept time perfectly, and there appeared to be no dropped notes. It would be interesting to see the orchestra tackle a different genre, as it felt they could play any music put in front of them.

Overall, it made this opera novice interested to hear and learn more! I’m off to dig out my mum’s video of The Pirates of Penzance! 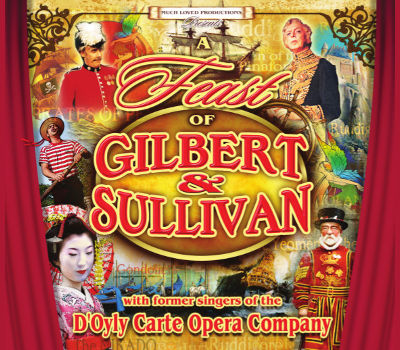