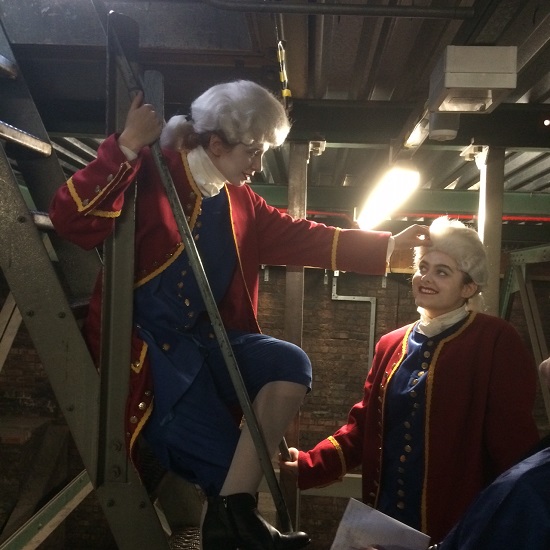 Through another door and suddenly it felt like we’d stepped back in time. We were greeted by bare brickwork, narrow wooden staircases and the smell of century’s old dust. We had stepped behind the beautiful facade of St George’s Hall and began to climb. Smith informed us that the stairs were not made for adults but for the many children used to build the hall. ‘If you look carefully you can see fingerprints in the bricks, they come from the children who made them.’ At the top of our climb we walked along a walkway and discovered we were standing above the ballroom ceiling - this was not a beautiful sight.

We moved from the rooftop down into the bowels of the Hall. Through corridors that would have been part of the old chimney flue, a vast interconnected system that reflected the height of Victorian invention and ingenuity. Finally, we arrived at the bedrock of the city where our gaze was directed to “the lost tunnel” - reminding us that there were still part of the site that warranted further investigation and excavation. 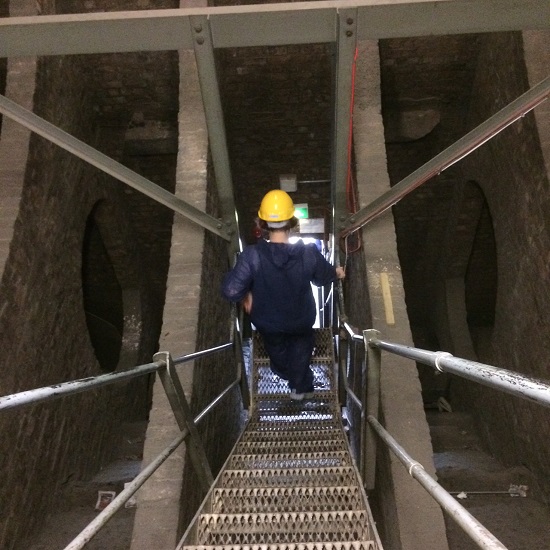 A few more steps and we entered some cavernous catacombs, these formed the world’s first air conditioning system. Several more steps and I was suddenly aware of traffic noise, looking up I realised we were now standing underneath the pavement outside the St George’s Hall - I could see the sky through the iron grating several metres above my head.

Smith and Jones led us back up into the corridor where we began and the tour was brought to an end. Here we removed the boiler suit and the hard hat before being taken into the cafe for high tea - something that will be included in the tour when is officially opened to the public.

This was a tour that entertained, informed and enlightened. I was given information about the structure and construction of building along with the motivation behind them. In addition to this were aspects of the social history into which the Hall was being built and the people that were involved. Our very knowledgeable guide added colour and detail, through stories about events that occurred in the building, as well as in their overall presentation and delivery. It was very pleasurable way to spend a couple of hours and I highly recommend it, you will never look at St. George’s Hall in the same way again.