Fiddler on the roof is a very popular show in fact it held the record for the longest-running Broadway musical for almost ten years. Set in Russia, the year is 1905, we meet a Jewish man by the name of Tevye who attempts to maintain his Jewish religious and cultural traditions, problems arise when his three older daughters wish to marry for love.

Let me first explain The Everyman Theatre has its own resident company of actors for the first time in twenty-five years. A team of fourteen professionals, they are a joy to watch and I'm sure this won't be my last visit. The cast are a great mix of all ages, ethnicities and an equal split of men and women. But be prepared for a very long show, the first half alone lasting one hour forty minutes. 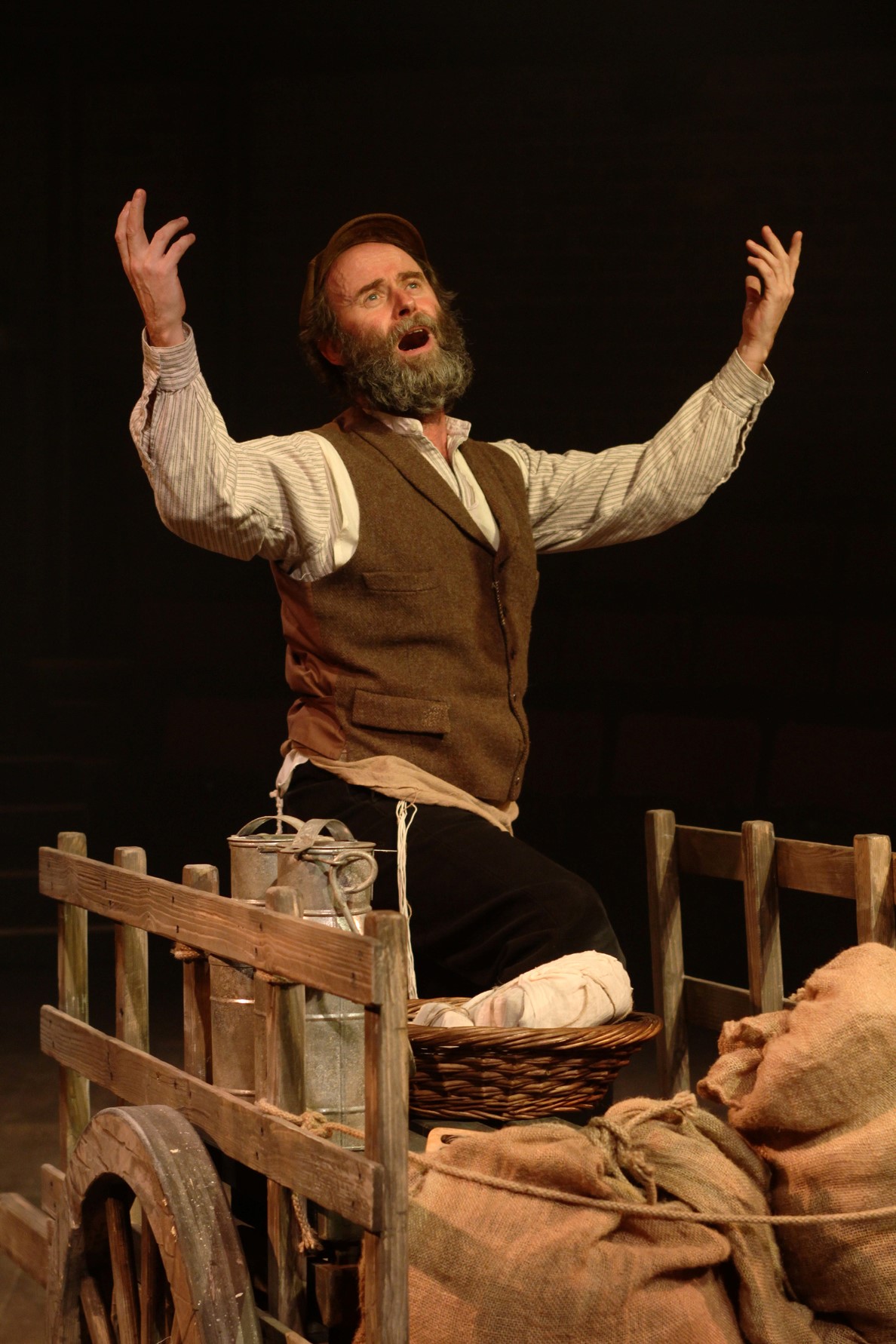 From the outset, the cast embodied the mannerisms and accents taking us away from Liverpool for the evening. The space was always filled nicely giving us the illusion that the cast consisted of much more than sixteen.

Tevye portrayed by the lovable Patrick Brennan, who provided a great light and shade where needed and carried the storyline, a massive role taken in his stride.

Vocally Emily Hughes stole the show in the role of Hodel. A lovely sweet voice and I read that this is her professional debut, here is a name to watch out for in the future.

Another stand out performance of the evening was Motel played by Dean Nolan, a really refreshing burst of light hearted comedy in an otherwise serious storyline.

A nice supporting role from Richard Bremmar as Lazar wolf and strong comic timing and believability from Golde, Melanie La Barrie bringing a good rapport with her onstage husband.

All five daughters played their parts well, showing a deep chemistry with each other, I like that the youth company feeds into the cast, this is a great opportunity for the local youngsters. It’s hard for me not to mention every single character because they were all nigh-on perfection.

The minimalistic props and scenery were aided by a creative lighting plot by Aideen Malone. The parts of set carried on and off by the cast.

The music was performed live by a team of four lead by George Francis, each member truly playing their part, even dressing in costume. A rendition of 'Sunrise Sunset' very pleasing to the ear. 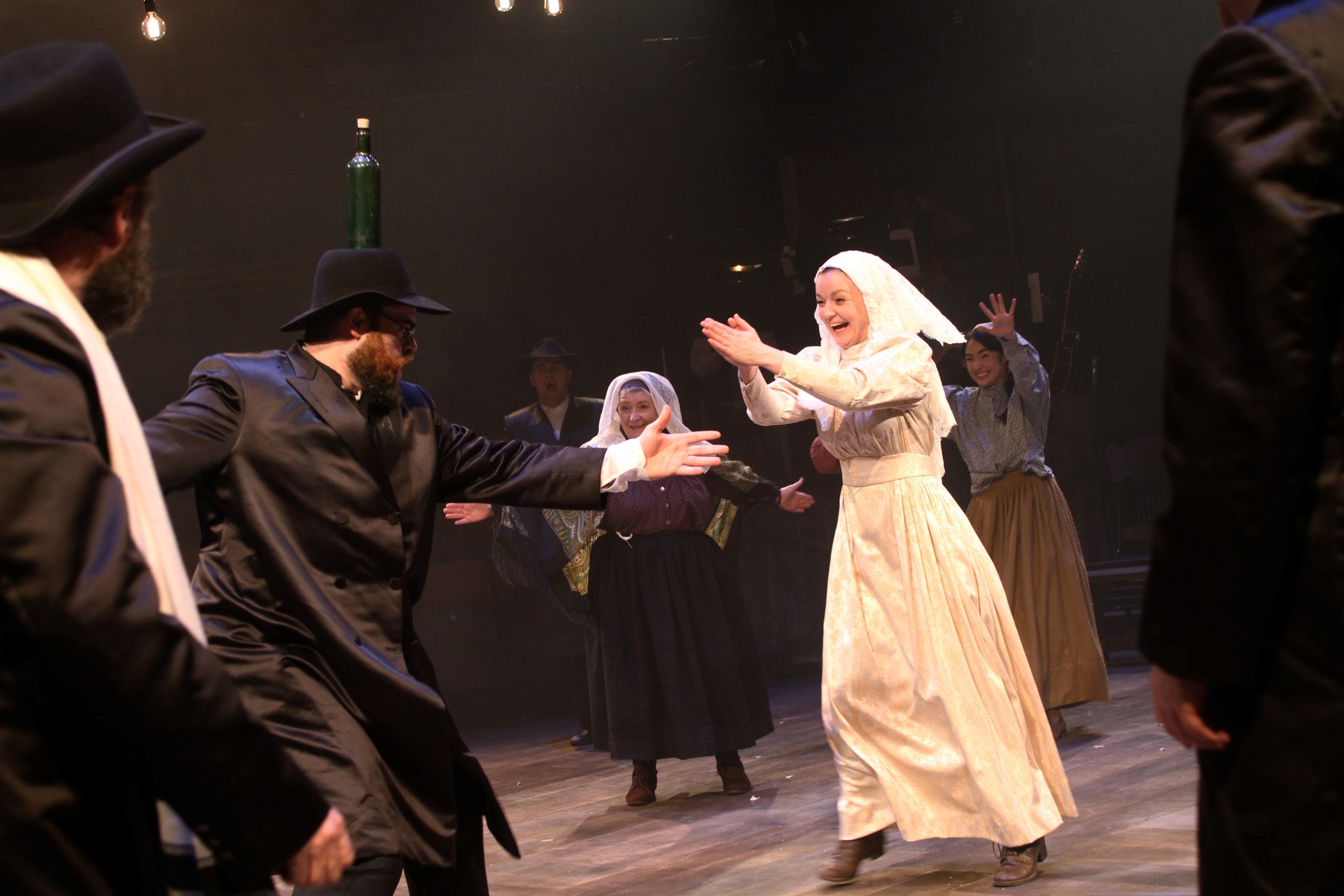 Direction by Gemma Bodinetz, she is presented with quite the task, the stage is theatre in the round which doesn’t seem to faze the actors in the slightest, quite the contrary, each scene cleverly laid out from a different angle insuring maximum vision for all. We are also brought close to the action, feeling like we too are part of the scene.

Choreography by Tom Jackson Greaves was very appropriate for the style and well thought out, a particular highlight for me being 'The bottle dance.'

The costuming remained the same for most of the show, traditional attire with careful attention to detail.

If I had any minor criticisms that would be to be sure to wait for the applause to die down before continuing with the dialogue as I lost a few words here and there.

'If I Were a Rich Man' I would do my best to ensure a West End transfer for this deserving team. The production runs until March 11th and I urge you to see it if you can.