A night of humour and heart-warming stories.

The thought provoking play makes us question how we see those with disabilities, not only in everyday life but particularly in the arts.

This powerful piece studies what it is to be human.

Katie O’Reilly expressed how her years of being an “angry creative punk” led her to want to change the narrow representations and cliché’s seen in theatre and put an end to “crippling up” being the new “blacking up”.

This passion was furthered by the tickets for the night being free and her persistence with Oberon Books to lower the price of her book of monologues from £18 to £12 for this launch.

The set at the unity theatre for the play, was very simplistic. This was effective for homing in on the truths of the piece. 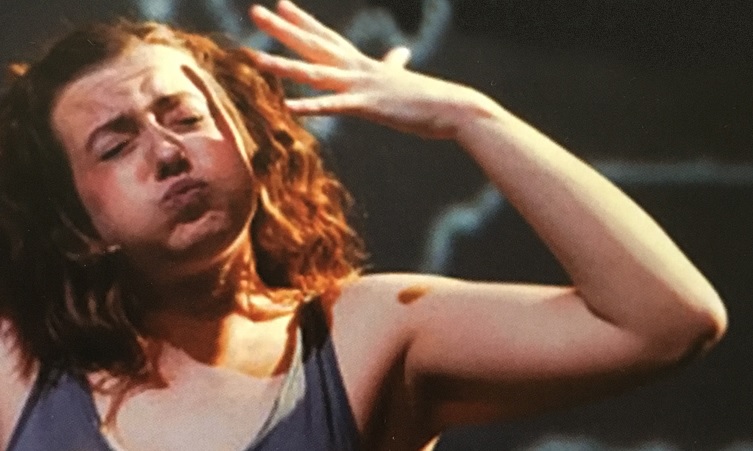 There was a mic centre stage where O’reilly would introduce each piece, a lower set mic stage left for those delivering the monologues in wheelchairs, whilst catering for deaf audience members with three BSL signers on stage.

O’Reilly introduced the play mentioning how she would be joined by “special appearance artists” whom would perform the pieces.

However, they were not professional actors as such but people who had shaped and impacted her life. They could have fooled us, every performance was very powerful.

The first piece was told by a lady named Julie, this was especially entertaining as it was revealed that she informed the team 45 minutes before that she couldn’t make the performance. In place, she sent a video filmed on her iPhone of her monologue. O’Reilly joked that she hadn’t even seen this all the way through. Despite this, she streamed it on the backdrop of the stage.

The recording made it raw and added to the truth of the words being spoken.

Video footage of Daniel, a boy from Singapore was also streamed, his performance was a rap “This body, That body, Everybody” which was very unique and added a very modern twist to the play. As O’Reilly pointed out it was very “intergenerational”.

However, I might say that some of the words were lost behind the soundtrack.

This was followed by a complex piece, also video footage. Sophie performed a visual monologue using gestures and physically acting out key parts of the speech. This was interesting especially in terms of themes of the play, as it reminds us of who may be in the audience and the idea of inclusion for all.

One particular monologue that struck me, making me feel overwhelmed was one spoken by Tony Heaton a British Sculpture and disability rights activist who joked “I should run away, I’m crapping it”.

Despite the humour and light-heartedness the production often portrayed, this monologue demonstrated the brutality a person with a disability may have experienced through their lives “The mongs, the spazzies”, “you with the Stevie Wonder eyes”. His lengthy list goes on.

As the realisation hits the audience and we begin to empathise with the character, it is wrapped up by a polite recognition to all who the play may affect or make a difference to “You amaze me, I am dazzled, I salute you all”.