Us Against Whatever - Everyman Theatre, Liverpool

Here's your opportunity: to re-live the momentous night in when Hull defeated ? to join the Premier League in ?, to watch 'a serious and worthy play' about Brexit, and to learn Polish. And to have to resort to Google... Sounds like a right bundle of laughs, doesn't it? That's the saving grace, unlike the plot; baggy as a pair of Weightwatcher winner's old trousers. When Steph meets Anna, their on/off relationship appears to mirror UK and Europe, I think.

Just as Hull's big win represents, perhaps, the referendum. Or rather, the result and initial shock of Brexit. I am on shaky ground here, though not the only one, because not a lot happens: the match (football and girls); Anna's trials and tribulations moving to England and trying to get a job; Steph's Dad passing away; that vote. That's it. However, at least it largely presents both sides of the argument for Leavers and Remainers, but too many scenes go on and on, whilst conversely, quite a lot is left out, or left unspecified. When both girls admit to being scared, it's not made clear what frightens them; similarly when Tara complains about being yelled at by men in the street. Racism? Sexism? 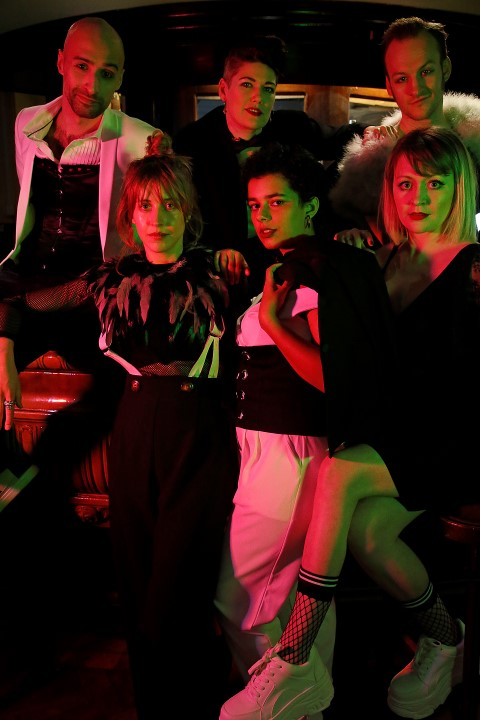 It's far from easy warming to the characters. Steph (Josie Morley) is so aggressively passive aggressive, you wonder how come Tara is her best friend; her lines mostly consist of 'I'm just saying'. One thing which comes to their rescue is a spark of ambition, which, given an uncertain future, makes them quite admirable. Steph's Mum, Sheila, is kind of subsumed by her role as the MC, but Emma Thornett is welcome, and excels in pulling the whole thing together, commanding with her dry wit and droll one liners. Meanwhile, Steph's kindly Dad is balanced by an obnoxious drunk, Jordan; Joshua Meredith with his smeared make-up comes across equally well as clown or craven, though while Adam Hadi is sympathetic as a concerned elder brother to Anna, unfortunately, distractingly, he's somewhat disturbingly reminiscent of Nosferatu; and hard to comment because most of his lines are in Polish. Likewise, with Anna, but she's convincing enough in her role for the audience to feel for her when yelled at by Jordam, and be pleased to see her career get going, one of the funniest scenes being between her and a stroppy interviewer. Severine Howell-Meri comes into her own here (and as guitarist), not having that much to do as Tara.

All the same, most of the audience was happy enough to give the play a standing ovation; music and laughter go a long way, just as harking to the voice of the people should do, which is rather the point. So if you like your theatre to be a little different, and a lot experimental, that's what you get. Flawed though it may be, there's plenty of originality, which is something you can't bottle, plus the backing of Paines Plough and Hull Truck Company, something you cannot borrow. It'll certainly be interesting to see where Middle Child takes us to next.