‘Monday Night Magic’. Such a foolishly, deceptively, simple title - unless you’re in the know. If you’re in the know, you know this twice a year sell-out show hosted by John Lenahan, attracts only the best and most brilliant in class. And those who know about it – want to keep it for themselves.

Having been, I can honestly say I feel the same. I don’t really want to share the special secret of this rather lovely, air-conditioned comfy seated theatre above The Gatehouse in Highgate. But I have to, that’s part of the deal of being a reviewer. 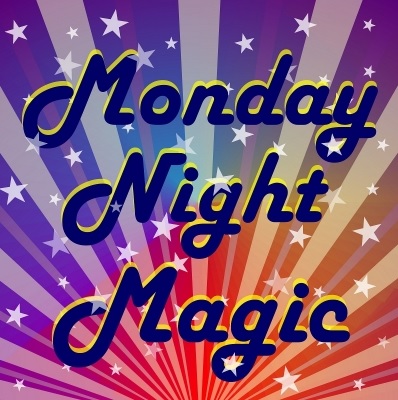 So, the concept, like the title, is simple: John Lenahan (brilliant magician in his own right and wonderfully funny compere), brings on four acts who he’s put together. Maximilian Somerset, an oddly-shaped character with an oddly-shaped act starts the night. With his psychic piano, Joanna, he wooed and wowed the crowd, before turning his attention to solving the Meaning of Life, which involved an audience member’s adored Breitling watch. I can’t say any more, I don’t want to spoil the show, but he’s a hoot.

Next up was Laura London, who’s got to be the most glamourous card sharp in the capital with the most dexterous sleighty hands. Her card tricks are awe-inspiring – and she damn well knows it, but she does it with such panache and style, you can’t help but crush on her. Noel Qualter plays his role as the geek perfectly and his tech inspired act is testament to why he’s the only magician to win the Magic Circle Originality Awards three times in succession. Seriously, who could ever have expected such things to come out of an iPad!

But the finale act, John Archer (he of BGT and Penn & Teller fame), absolutely stole the show. I cried with laughter, wooed with wonder and instantly searched online for where I could see him next. The guy is an absolute legend of comedy magic.

Professional, entertaining, mind-boggling performances are what ‘Monday Night Magic’ is all about. It’s Fun with a big, bold, capital F. Next show is 3rd February 2020.