West End Misfits: The Christmas Concert - The Other Palace

The idea of singing a song in which the context does not match your gender, age, body type or sexuality is not a new concept, it is has been a staple of Opera singing in concert/recital for generations. This idea however is something of a novelty for musical theatre - when it happens it is something to be applauded. West End Misfits have built a reputation for precisely this reason.

The bravery to tackle any narrative, whether political, social, historical or fictional is everything I love about musical theatre, and West End Misfits giving performers the opportunity to tell these stories their own way makes for one of the most fascinating and entertaining events of this type that I have seen. 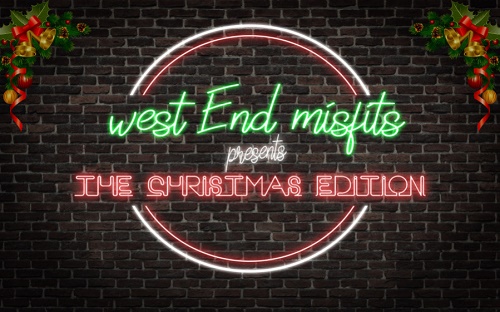 The show included numbers from Ragtime, Little Shop of Horrors, Catch Me If You Can, Rocky Horror Show and Phantom of the Opera, amongst others.

West End Misfits have produced a fantastic example of this kind of intimate concert. The vocals were really impressive, but more than that the delivery was entertaining and dramatically strong. I thoroughly enjoyed the evening, and the entertainment was not just confined to the singing - comparing was also exceptionally entertaining.

The evening was a true ensemble effort, and no individual can be picked out as the strongest link - everyone should be very proud of what they have contributed. The performance had every kind of emotion you could imagine, and the room was full of laughter, emotion and singing.

Special mention must go to the Musical Director Ben Levy for adapting his skills to the many styles and eras, and following expertly the (sometimes very) original interpretations of the numbers.

I would absolutely without hesitation attend a West End Misfits event again, and would implore everyone to do the same.

Thank you to the Misfits and The Other Palace for inviting us - it was a fantastic night of entertainment.