Upon entering Hope Mill Theatre, the audience are greeted by a simple set of a locker room with boxing gloves and training tops scattered around it. On the surface it appears that Gypsy Queen has set the scene for a story about aggressive male pride, however beneath the surface it is anything but.

Not only does the set represent this masculinity but when we first meet the main characters Dane (Ryan Clayton) and Gorgeous George (Rob Ward), both men initially appear to be your stereotypical hard as nails boxers. 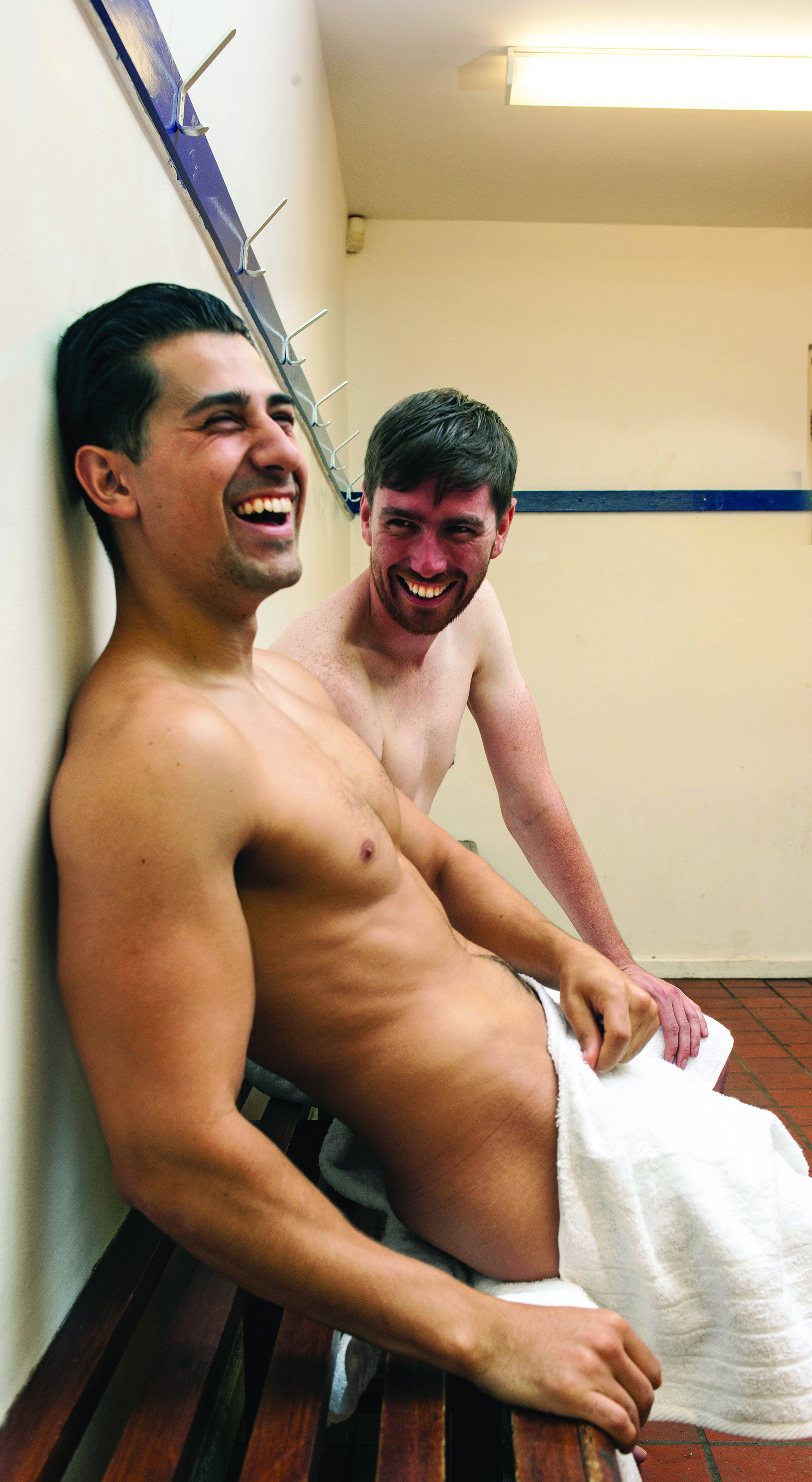 This is a superb two-hander in which all characters are played by Clayton and Ward. Both actors do excellent jobs in transforming themselves into different characters, especially Ward who went from extremely butch to camp as Christmas at the drop of a hat.

Produced by Hope Theatre Company, a company that specialises in promoting equality and celebrating diversity, it will come as little surprise to those who are fans of their work that this play deals with homophobia in sport and how two men from a stereotypical ‘straight’ background can find love.

Gorgeous George is from a gypsy background with a strong catholic faith. He set his eyes on a career as a fighter after his father discovered him dressed in his auntie’s clothes. Since that day his father took him to the boxing club every day.

As well as the serious issue that Gypsy Queen addresses there are also a lot of laughs in this play. Many of these come from the other characters that Clayton and Ward play throughout the show. A special mention has to go to the character of Rose, played by Clayton. She was a typical Irish mammy that had the audience in stitches before she even said a word.

It’s not very often you get a play that explores the themes of sexuality, religion and sport in the space of an hour. It’s sad that still in 2017 in the real world these themes normally don’t mix. Gypsy Queen comes highly recommended.