Parliament Square, written by playwright James Fritz and directed by Jude Christian, is a strange beast. I have to confess that, while I found it mesmerising from start to finish, I left with a feeling of unease - not uneasy over the subject-matter, but uneasy because I wasn’t quite sure what I had just seen. It’s an ambiguous play that seems desperate to want to say something important and yet struggles to get its words out.

The plot is almost impossible to describe without venturing into ‘spoiler’ territory. Safe to say, it’s about a woman, Kat, who makes a momentous decision to do something with her life, something which will have deep and long-lasting consequences for her family, those around her, and those who will come to know her. It is shocking, traumatic, and ultimately demonstrates the futility of an individual’s struggle to be significant in a corrupt, media-orchestrated society. In a word: ‘grim’.

However, there’s a lot of fun to be had along the way. The play was packed with a kind of random, observational humour that meant the tone never became too dark for an audience to handle. In what could have been a very dreary and tedious affair, the dialogue is written with an everyday spark that stops it descending into a kind of social nihilism. 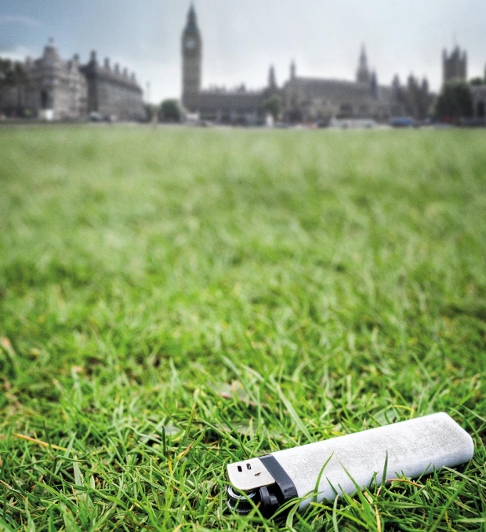 Clearly, Fritz has an enviable facility for language, evident in every moment of the play. What is less clear is what, if anything, the play is trying to say; struggling to address weighty issues like middle-class alienation and how a rational response to an insane world might very well be to go insane oneself. Fair enough, but I did wonder just what the upshot of it all was. It is a play that makes you think, even if you’re not sure what you’re thinking about.

Of course, one response might be simply that it’s a very well-performed, well-directed production, and highly enjoyable for it. Esther Smith (Kat) does remarkable work as the central pillar through which the story evolves and onto which the other characters project their various fears. Her physical and vocal strength and clarity, juxtaposed with jarring physical choices, makes you question the mindset of this extremist. Is she mentally unstable, or is she merely an angry driven individual? Can you be both? Joanna Howarth and Damola Adelaja put in good service as concerned mother and spouse, respectively; while Kelly Hotten and Jamie Zubairi multi-role with dexterity. Lois Chimimba (voice/Jo) does well to interlace serious moments with snarky asides and comments that let the air out of what could have been an unbearably tense atmosphere. Seraphina Beh steals her scenes as Catherine, creating a relatable and recognisable character, who is transformed from fragile innocence to following in Kat’s footsteps. But what really makes the production noteworthy is that it is superbly directed in the round, with impressive use of lighting to demarcate scene transitions and the passage of time, and off-stage voiceovers to give a sense of the central character’s isolation and inner turmoil.

Overall, Parliament Square is an attractive creation. There is much to admire about the production, but the play itself is essentially ambiguous - psycho-drama or social commentary? Ibsen or Shaw? This ambiguity is demonstrated by that fact that the emotions to which the play seeks to give voice are universal but nevertheless timely. As such, it is a play of its moment and for the moment. Whether there are more subtle complexities lurking beneath its extensively polished veneer is something only time will tell.