A lion, zebra, giraffe and hippo have taken to the stage at Manchester’s Palace Theatre this week as Madagascar comes to town. Based on the animated motion picture from Dreamworks, Sell A Door International have brought the movie to life and by the reaction from tonight’s audience I think they may have a hit on their hands.

The story, whilst celebrating Marty the zebra’s 10th birthday at Central Park Zoo upon blowing out his candle makes a wish to return to the wild. And that is exactly what happens after escaping from the zoo during the night he embarks on his journey of discovery. Worried for his safety Alex the lion, Gloria the hippo and Melman the giraffe follow and following a boat trip end up in Madagascar where King Julien welcomes them with song and dance. 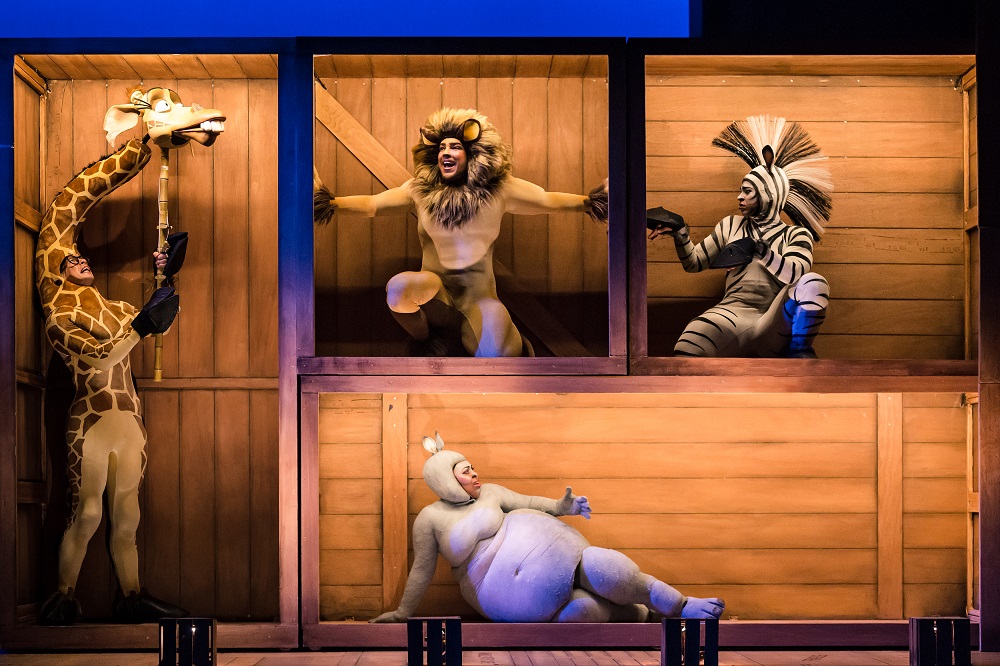 This is a perfect show for the younger kids (and the older ones too if I am honest). Packed to the rafters with catchy original songs and a striking set which seemed to transform into numerous different settings, a triumph from designer Tom Rogers.

The accomplishment of this production are the puppets used throughout. Designed by Max Humphries each and every one of them are a work of art. It is immediately clear just how much work has gone into producing them. Expertly operated by the talented cast/puppeteers it didn’t take long for me to forget the humans were on stage as my eyes were drawn to the animals.

The four main cast were superb throughout. Matt Terry as Alex displayed the powerful voice that won him the X-Factor. Unlike some previous contestants from the programme that have gone onto perform in musical theatre he could also act and dance to a reasonably good standard. Antoine Murray-Straughan as Marty reminded me somewhat of Donkey from Shrek and was faultless from start to finish. Timmika Ramsey as Gloria had for me the best vocals tonight and some wonderful comedy moment. Of the four however, Jamie Lee-Morgan as Melman shone brightest. From his first appearance on stage to the last you could see he was relishing every second and the gift of a script bestowed upon him. I will never look at a giraffe the same again. 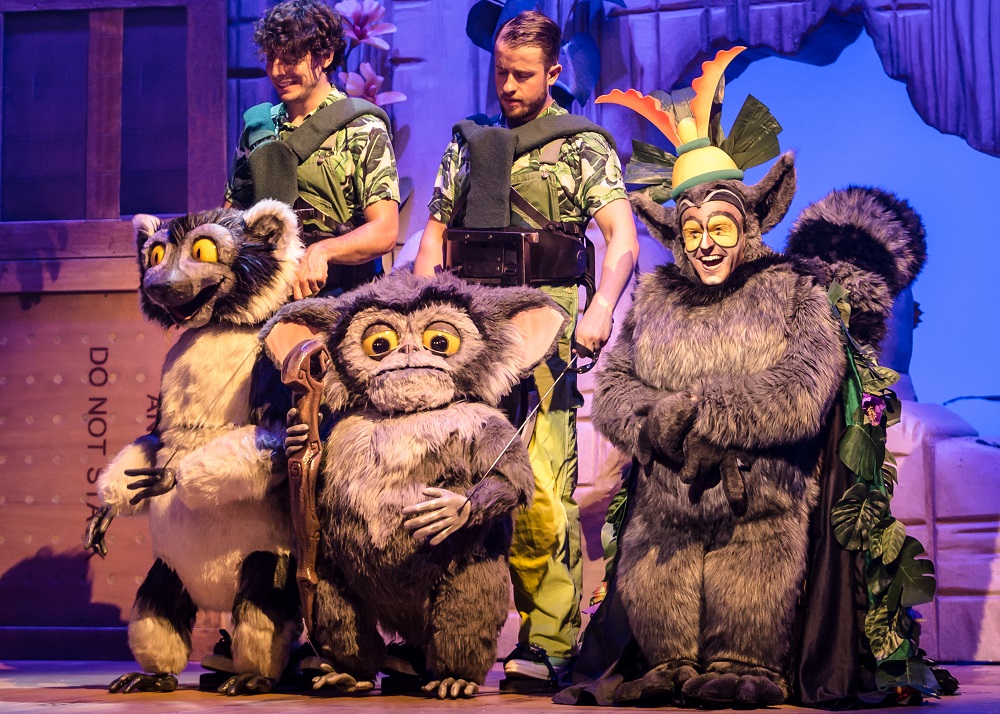 The second half brought a show stealing performance by Jo Parsons as King Julien. Parsons was responsible for delivering the most iconic song from the show, the slightly addictive “I Like To Move It” which had the audience in unison singing along. I was still singing this to myself on the way home! Parsons portrayal of King Julien was just perfect and I could have watched him on stage all night.

Lighting was good on the whole if a little repetitive at times and the sound was of a volume the younger generation seem to identify with, loud!

Finally, I must mention the band for tonight’s show, or lack of it! I am making an assumption here, but as I didn’t see a screen displaying the MD on the front of the circle as usual, no band members listed in the programme and from the overall sound, I believe this show used backing tracks instead of a live band. For a show that is charging £50.00 for top price tickets during this run this is nothing short of criminal.

Madagascar is a fun night out for all the family and cannot fail to send you home with a huge smile on your face. At under 2 hours it is also the perfect length to keep the little ones occupied throughout. I would love to rate this as a four star show, however I just cannot see past the use of backing tracks.