Music fans of a certain age might wonder –“whatever happened to Suzanne Vega?” There was a point in the mid to late eighties where her image – she looked like the female lead of a nouvelle vague film - was ubiquitous, as she rode high in the charts with songs that challenged the norms of popular music, addressing difficult subjects with invention and sensitivity.

The answer to the question is, of course, she never went away; she’s continued to produce interesting and original material, sometimes more in the realm of chanson than the usual singer-songwriter fare, and she was in Manchester tonight for the first date in a short UK tour promoting her new album Lover, Beloved, which is released on Friday. This marks a departure for her. The album showcases songs from what she was careful not to call a musical; it’s a play (written by her) with songs, based on the life and work of the American novelist Carson McCullers. In tonight’s concert at the RNCM, she offered some songs from this intriguing project, bookended by a wander around her extensive back catalogue.

Vega was joined on stage by her frequent collaborator, Irish guitarist Gerry Leonard, who added his considerable musical weight to Vega’s voice, aided by a formidable array of effects pedals played through what looked like a vintage amp. With Vega occasionally joining in on her own acoustic guitar, the sound was surprisingly robust, and provided a very effective backdrop to Vega’s vocals. 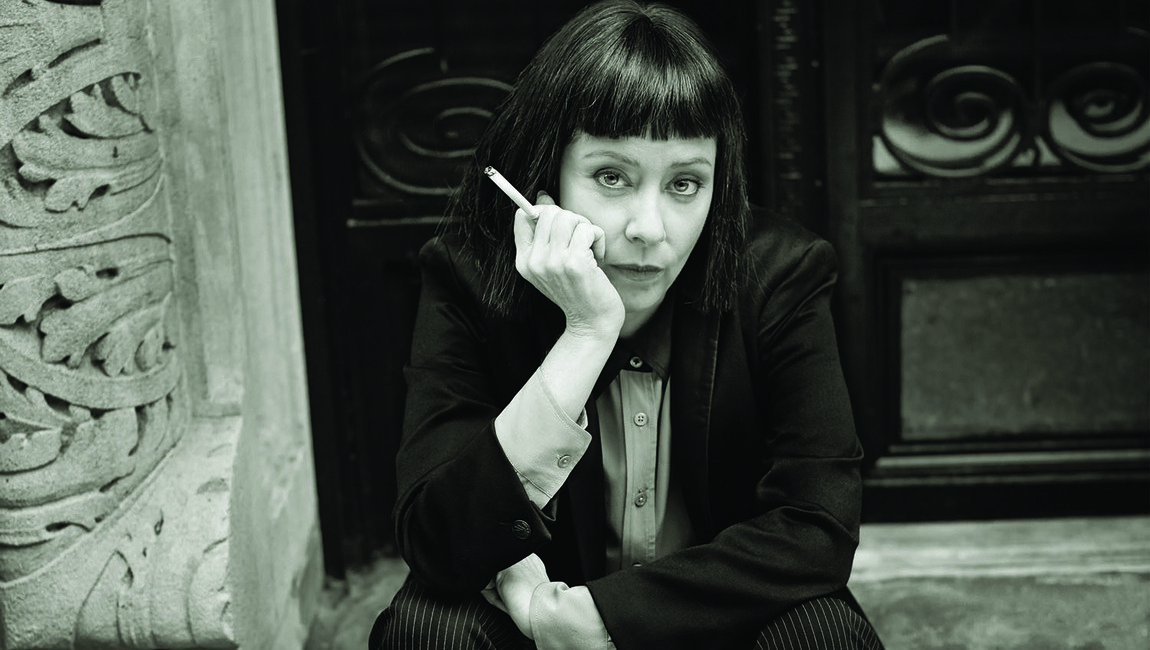 The content was well-judged. As she acknowledged in an inter-song aside, she was aware that everyone would be waiting for the best-known songs, so she played some of them up front before previewing her new material, and finished the set strongly with some more. Thus, the audience was treated to versions of some of the songs that made her name thirty years ago, like ‘Marlene on the Wall’ (for which she donned a top hat), ‘Left of Centre’, ‘Small Blue Thing’, and the one that was possibly the audience’s favourite in the first part of the show, ‘The Queen and the Soldier.’

At 57, Suzanne Vega looks fit and trim (perhaps it’s being a practising Buddhist) and was a lively, beguiling presence in her customary black. Her voice seems unchanged since she first arrived on the scene, but the songs, perhaps because of Leonard’s inventive guitar work, sounded edgier and contemporary. Bowing charmingly at the end of each number, she could easily be imagined as the chanteuse in some fifties Parisian night club, and it was that kind of intimacy that she worked to create in the theatre.

For the songs from the new album, Jason Hart on piano and other keyboards joined Leonard and Vega, staying to the end of the concert. This is not the first time Vega has tackled the work of Carson McCullers. In 2011, she starred off-off Broadway in Carson McCullers Talks of Love, called by the New York Times a “messy mixture of nightclub act and theatre piece. ” The new play seems to be a revision of that, with a premiere due next year. In the meantime, we have the songs, written by Vega and Duncan Sheik. The samples she sang were characteristic show tunes, carrying a narrative that Vega explained to the audience. Strongest among them was ‘New York is my Destination’ and ‘Anne Marie’, the first an affirmation of the young novelist’s ambition, the second a melancholy song of yearning. After this section, it was back to the old favourites, including a very feisty ‘I Never Wear White’ and the still heartbreakingly relevant ‘My Name is Luka.’ The top hat was worn again for the inevitable ‘Tom’s Diner.’ Having told us about her affairs with men of the north-west (five years with a Mancunian, seven weeks with a Liverpudlian), she encored with ‘In Liverpool’, written about the latter, before finishing with two more songs from the Carson McCullers project.

A full house at the RNCM roared their approval for an adventurous, sometimes startling and always lively performance from Vega and her two very impressive collaborators. The tour, with support from rootsy Americana duo My Girl the River, continues with dates in London and Birmingham.