Like The Smiths, The Smiths Ltd formed in Manchester. Their promotional material says: “If you never saw The Smiths then this is your chance to experience the thrill of those great songs played live.” True to their word, tonight brought me closer than I ever thought possible.

The Smiths Ltd are the Smiths. The lead singer is Morrissey. His voice was amazing, every word and vocal inflection was perfect. This could have been Morrisey in the ‘Eighties; the face, the movements and mannerisms were mesmerising; an arrogant self-belief trapped behind a slight fey awkwardness.

The guitarist/Johnny Marr was a good likeness, while the bass player and drummer could be Rourke and Joyce as they are now, though they are “parts of a lawn-mower who could be replaced” as they were described in court. No disrespect to these two talented musicians, but it’s Morrisey and Marr who the public know and recognise. They shone for only five brief years, 1982 to 1987, and had split up before the release of their final album, but in that time they dominated the music scene and are considered today to be one of the most inspirational and memorable bands ever. 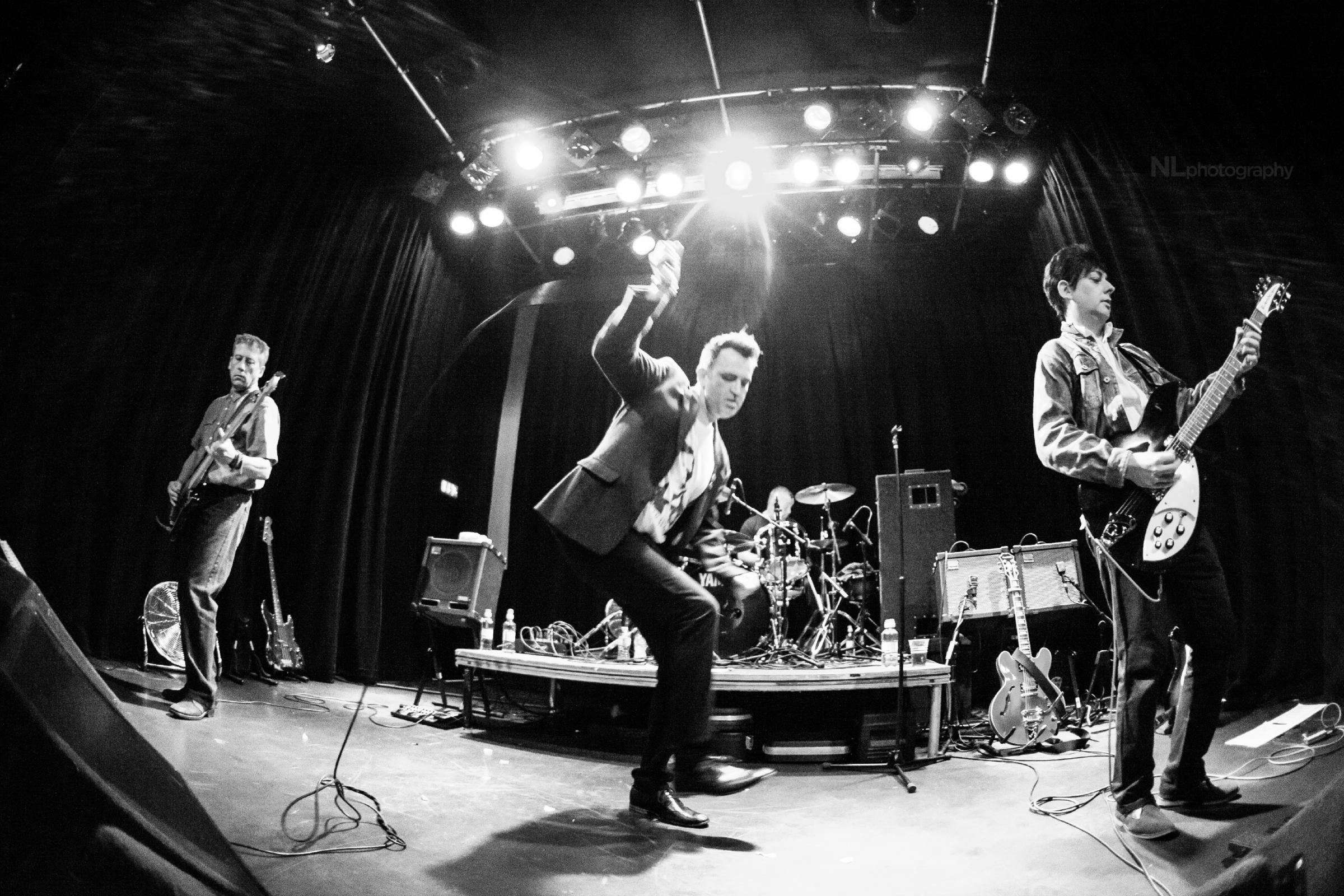 The set opened with rousing single, Sheila Take A Bow, then William, It Was Really Nothing – allegedly written to the late – and sometimes great – Billy MacKenzie of the Associates. The audience sang and danced along, though too many of them photographed and filmed the event instead of enjoying the moment.

Panic elicited an electric reaction from the crowd and Morrisey twirled a noose as he insistently incited the crowd to “hang the DJ”. (At least one of his estranged bandmates is now a DJ, so this has become amusingly pertinent.)

For me – and probably most people – The Smiths’ output falls into two categories; the singles/upbeat songs versus the slower, introspective album tracks. It was noticeable that the crowd loved the former; the slower, angst-ridden tracks saw people chatting or heading to the bar. This is not a criticism of The Smiths Ltd, nor of The Smiths as musicians and songwriters, but perhaps the majority of these slower songs are better suited on vinyl * or CD# than at a gig.

At their best, the Smiths produced beautifully-crafted pop with influences from ‘Sixties rock and post-punk. You need a pinch of salt to appreciate Morrisey’s lyrics. “Behind the hate there lies a murderous desire for love.” Here is a troubled young man who craves love and is seemingly afraid of it in equal measures, who is arrogant but also ill at ease; a tortured youth who spent too much time alone, writing frightening verse to a buck-toothed girl from Luxembourg.

On stage in Sale, Morrisey held court with perfectly-captured sub-dad-at-a-wedding dancing, hands on hips or aimlessly flailing. Someone in the audience handed him a bunch of gladioli, which he later used to swing around his head.

It was a brave choice to play Meat Is Murder, but it paid off; it was chilling with red lights flooding the stage, a back-projection conjuring images of blood droplets. “This beautiful creature must die.” It was poignant and very powerful. “It’s death for no reason and death for no reason is murder.” Poetically beautiful and profound.

Johnny briefly moved to keyboards for a couple of tracks, then returned to guitar, as the Smiths are famously a guitar-based band, an antidote to the electronic excess of the manicured ‘Eighties music scene. (For videos Morrisey rode round Manchester on a bike, rather than splashed about in the sea in Antigua – and her name was never Rio, it was Sheila – and she didn’t dance in the sand, she booted the grime of this world in the crotch, dear.)

Singles alternated with album tracks, the high points predictably being the singles, on which the crowd joined in and rather than a football-crowd-like chant it was beautifully tuneful. Finally, we were treated to Bigmouth Strikes Again and then the band exited to rapturous applause.

They returned for an extended encore. Morrisey asked: “Would you like something miserable?” Well, yes… or we wouldn’t have come to see The Smiths. Heaven Knows I’m miserable now was brilliantly performed, as was the hypnotic How Soon Is Now, which ignited the crowd, as Morrisey pined for consummation. Finally, the evening ended with, There Is A Light That Never Goes Out, in which Morrisey cynically declared undying love: “If a double-decker bus crashes into us, to die by your die – what a heavenly way to die.” Like all truly great concerts I wanted to see it all again.

The Smiths Ltd are a class act, indistinguishable from the real thing. My only negatives are around some of the song choices, but that’s just my taste. As they promise on their flyer: The Smiths Ltd ARE the ultimate tribute act. “The Smiths meant everything to a generation… To us they still do.”