The ten-piece tribute to Britain’s biggest ever prog-rock band Pink Floyd took to the stage tonight to a disappointingly not-even-half-full Plaza in Stockport. Despite this, the band started strong with powerful vocals from lead singer Michael David Ronson who’s passion and spirit for Floyd’s music was the most striking part of the whole show.

The first hour and a half was the 1979 album The Wall in full. Highlights of this half had to be Comfortably Numb and Another Brick In The Wall. These tracks really rang true to the originals in ways some other tribute acts struggle to do. The intonations of all of the vocals were very close to the originals and effects on the guitars were too, although I did feel there was a consistent lack of drama in the delivery.

The second half was livelier, perhaps the span of other works from Floyd’s extensive back catalog is more exciting to perform than doing The Wall in full each night. There was at least another 90 minutes of incredible tracks from albums Wish You Were Here, Animals and they did every track from Dark Side of The Moon too. 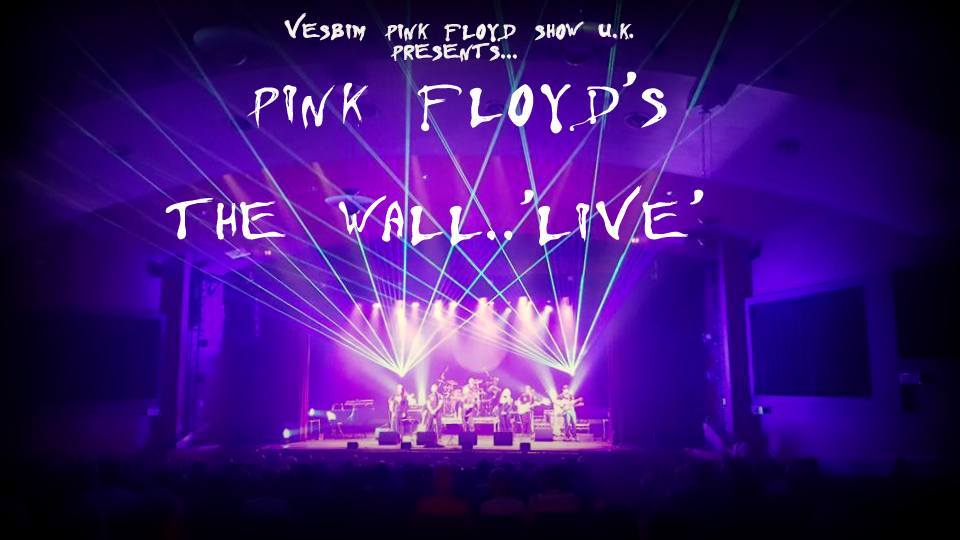 The female vocalist on Great Gig In The Sky were probably the most heart-wrenching moments of the evening, delivered with great passion and feeling it was hard not to be swept away in the music. Shine On You Crazy Diamond was also a highlight, the guitar solo, and harmonies taking things up a notch. Some audience participation on Wish You Were Here did wonders for the energy of the overall evening.

There was no direct audience address at any point during the show, no introduction or close from the performers. This might have been to stay true to The Wall but it was strange to feel so apart from the stage as an audience, we weren’t encouraged to be a part of the night, just to bear witness to it. It wasn’t so much a show, simply a rendition. Tickets were sold on promises of ‘lasers and multimedia projections’ which Floyd shows were known for using spectacularly and over the top, although there were lasers and Vesbim are clearly working with a very small budget, the production element was a bit disappointing for nearly £20 a ticket.

Perhaps the Plaza just wasn’t the right venue for Vesbim tonight. There seemed to be a couple of lighting cues missed and a couple of moments the mics weren’t quite at the right levels; and of course, a lot of empty seats always affects the overall vibe of a show, which may well be no representation on the collective themselves.

The musicians of Vesbim are obviously dedicated to the music of Pink Floyd, they all know the music and perform their respective parts very well, it just felt like some of the delivery was a little lackluster. The bigger tracks swelled with feeling and potential – obviously, the music itself is groundbreaking material so the evening was by no means disappointing, in fact, it was very enjoyable and worth a watch for any Pink Floyd fan, just perhaps tired from the tour.

Vesbim’s Pink Floyd Show The Wall is continuing to tour around the UK, to find out more information and see the rest of the tour dates visit www.vesbimfloyd.com