Yet another new venue for me! Despite living in Manchester, all the time I am discovering new performance venues. This one is The Albert Hall. A converted Wesleyan Chapel built in 1910, and now hosts comedy, pop and rock concerts and even classical music concerts too. It's a rather dingy and cold building desperately in need of repair, but the lofty ceiling and wooden frame make it acoustically as near perfect as you'll get in a non-purpose built venue.

The afternoon started at 2pm with a pre-concert talk. This is obviously a regular feature of Camerata concerts, and it is a very relaxed and easy-going affair on the stage with absolutely no pressure for anyone to listen or take part. This though made it rather awkward and difficult for those that did. Was it not possible to have this in a smaller anteroom somewhere?

Today's talk was given by Samantha McShane, Head of Creative Programming for The Camerata, and a small brass ensemble from the RNCM known as Interbrass.

In layman's terms and with lightening speed they took us through the development of the brass instrument from it's humble beginnings as a simple horn to signal messages or to enter battle, through putting holes in the tube, to making the tube different lengths, and using a slide, to finally the idea of using vales, and the instruments as are today. One member of the group demonstrated how simply a brass instrument can be created by using a long piece of garden hose and a plastic kitchen funnel.

I would recommend this talk to reception school classes, but certainly not to regular concertgoers!

To demonstrate their talk the Interbrass ensemble played rather beautifully, two short pieces, The Battle Suite by Galliard Battaglie and the 3rd movement of Quintet number 1 by Victor Ewald.

There then followed a gap of about 30 minutes whilst audience members who did not come for the talk came to take their seats and at 3pm the concert started properly.

Our hosts for the concert were Amina Cunningham, First flautist for The Camerata, and Laura Bowler, resident composer and conductor. They worked well together injecting some lovely humour to the proceedings and were somewhat tongue-in-cheek not taking themselves or the orchestra too seriously, which was indeed lovely. Classical music and musicians have a (perhaps false) reputation of being rather stand-offish and snobbish, so this attitude was most refreshing! Their insights and anecdotes to the music being played interesting and entertaining. 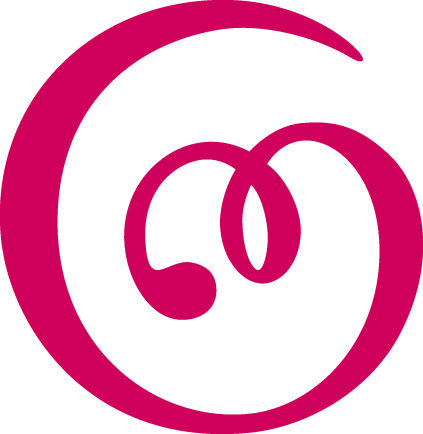 The actual programme of music was a bit of a mixed bag. Mostly music from the Baroque period, with interspersions of Christmas music and two very modern variations of Vivaldi's Four Seasons. The first of these versions, entitled simply, 'Winter', being conducted by the composer himself, Simon Parkin. This was my highlight for the afternoon. A very challenging piece for the musicians and great fun to listen to; it included a short section where the orchestra had to stamp their feet in 13/16 time!! Pure genius!!

The Orchestra, or rather should I say the Chamber Orchestra this afternoon was split into two sections; brass and strings, taking it in turns to play and take the spotlight. This was quite a good idea, however, the constant standing up and walking up and down the stairs, and then tuning up again and then moving chairs and music stands again and then walking up and down the stairs again began to wear just a little thin and I feel sure there could have been a more effective and professional way to do this.

The Camerata proved to be excellent musicians one and all playing with finesse and seeming ease. This being the first time I have heard or seen them perform, I was suitably impressed by their musicianship and even though a lot of the music was, how shall I say, not really my cup of tea, [give me Romantic and Contemporary classic any day!!], I was still enthralled by the beauty of the playing and enjoyed every piece on offer.

The concert ended not with a bang, but a... well not exactly a whimper, but certainly on a very chilled and mellow note. They finished with a slow and rather melancholy version of, "Have Yourself a Merry Little Christmas" with Amina Cunningham on flute and a member of the orchestra (uncredited) on solo French Horn.

This was, all in all, a most excellent introduction to The Camerata for me. They come across as a very relaxed and easy-going group of first-class musicians, and despite the uncomfortable chairs too close to each other, and the vastness of the auditorium's ceiling, I still felt like the concert was being performed in my front lounge which is undeniably all credit to them!

I look forward to my next encounter with this lovely group.