On arrival into the theatre the curtain was down a striking red and gold theme which drew you in the instance you sat down. Lights were soaring around the theatre that projected the iconic Aladdin lamp around the entire room.

This year the Pantomime has been taken over by QDOS and everything just seems bigger, brighter and bolder. The sets we're phenomenal and shone stunningly under the stage lights, costumes were glitzy, grand and glorious and the jokes just kept flowing consistently getting the laughs that they sp deserved. A standout for the entire show is how it was brought into the 21st century, with the use of 3D. The excitement and buzz in the room when the genie appeared right in front of your eyes was magical, the little girl sat in front of me was desperately trying to reach out and grab him and all the other little surprises that popped up along the way too. Also a special mention to the flying carpet scene, it was a truly magical moment the oohs and ahhs from the audience proved this entirely.  Both of these just brought the spirt and fun of panto out instantly and proved why panto is the perfect first show for young and old. 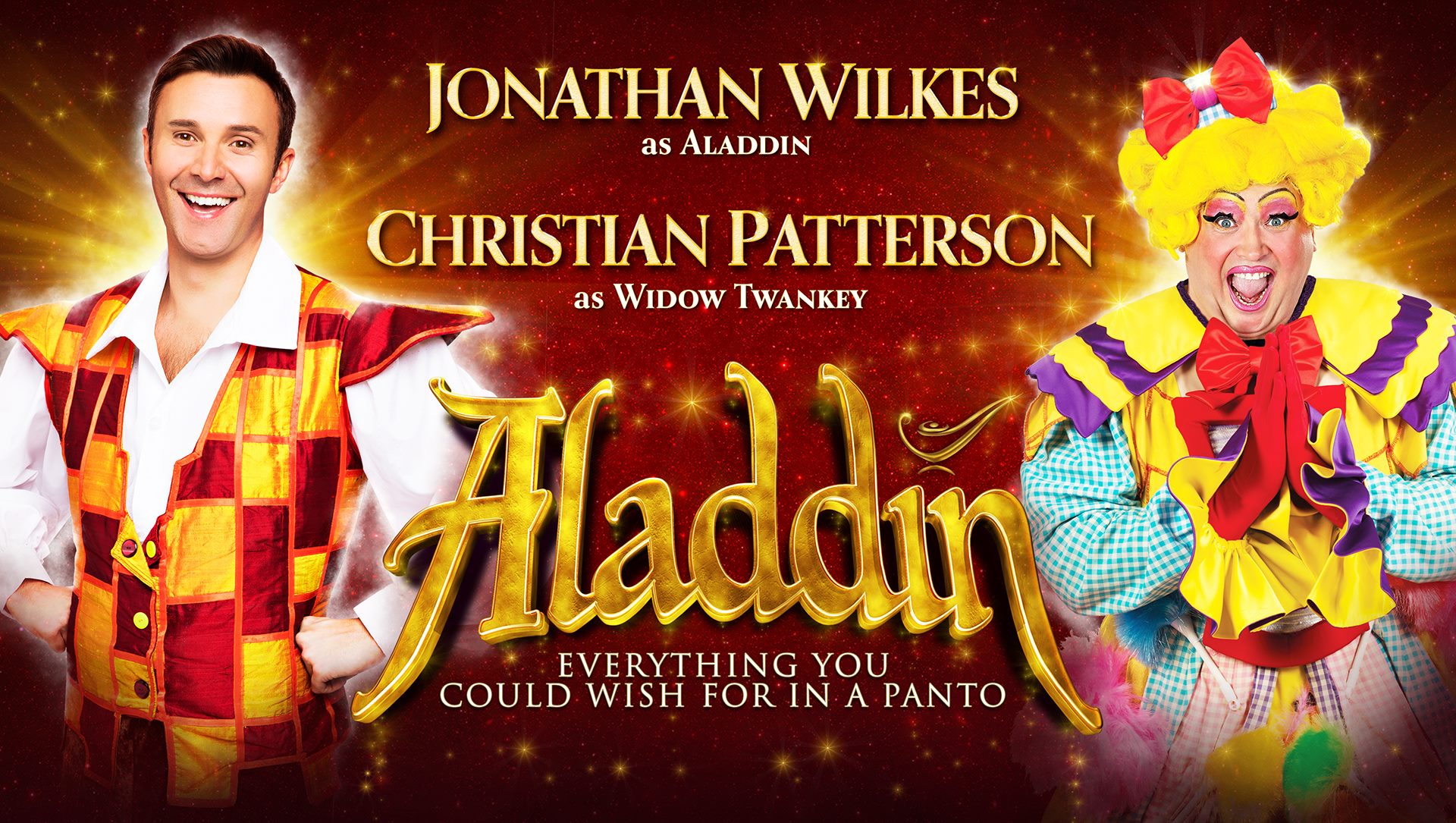 The Regent now have a tradition of using a local Stokie lad as lead and that Stokie lad is Johnathon Wilkes. This year he took on the role of Aladdin. Honestly he never fails to impress and the entire audience just adore him. He's been in the Regent Pantomimes for as long as I can remember and long may it continue as he's a credit to the show and a credit to Stoke. Like they say if it ain't broke don't fix it. I hope to see him on the stage for many more years to come.

He is always partnered with the simply Devine, Christian Patterson. Who frankly is one of the best dames I've ever seen, if not the very best. He is just the embodiment of hilarity. Every time he's on that stage you can't help but smile. What a credit he is to the show and to Pantomime In general. He's one of the reasons panto is such a tradition because he keeps the spirt alive.

Kai Owen, brings both class and a tiny bit of sass to the evil Abanazar who the kids loved to hate. His vocals were stunning, what a perfect baddie he is. Simon Nehan, as Emperor Ming was truly hilarious I was in stitches at him constantly. He was just a pleasure to watch on stage.

Amanda Coutts as Scheherazade was in a word stunning. Her vocals were spectacular. I loved the Essex twang the used with her as well. Yasmin Wood, made the perfect Pantomime princess. Sweet and endearing. Finally, the Ensemble of the show were wonderful and really held everything together.