It must be at least 20 years since I last set foot in the Garrick Theatre in Altrincham, and today the building is almost unrecognisable. It now looks and feels like a small-scale touring venue, but is better equipped than most, especially technically. I'm almost certain there wasn't a Studio Theatre last time I was there, and they certainly didn't have the LX and FX capacities that were on display yesterday in the main theatre. Needless to say I was suitably impressed.

And now, after having watched my first show there in such a long time, I can, if I use this show as a benchmark, quite easily see why so many of the Garrick's actors and production staff are nominated for and receive so many awards.

The show in question was Snow White; the Altrincham Garrick's pantomime, and what a splendid way to finish the year. With live music (unseen below the stage), an LX / FX plot to rival any professional show, a lovely set and some great acting, what was there not to enjoy about the show? Well, the answer to that question is, not a lot! In truth, it really was a very good and enjoyable show, but it was missing, to my mind at least, one ingredient - fabulous dance routines. Yes, I saw that you had a small chorus of youngsters who acted very well and moved their way through some of the numbers, I just felt that as I was sitting watching what was on every other level a very professionally produced show, it lacked a chorus of dancers who were capable of doing much more exciting and difficult routines. That being said, if the chorus girls on stage were capable of this, it begs the question as to why they didn't. Otherwise, this panto was pretty damn good! 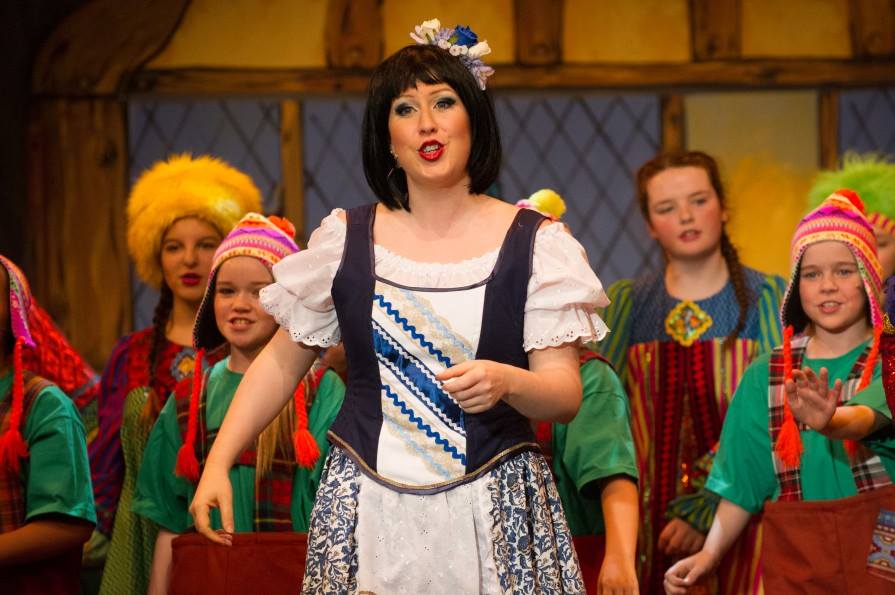 The star of the show last night was..... wait for it..... the costumes!! Well, no of course they weren't, but the costumes were unbelievably good. Does one of your members own a Costumiers?! I am not joking when I say that so far this season, on both professional and amateur stage, those were the best costumes I have encountered. And what was even more amazing was that they just kept on coming in an endless supply. I loved all the Dames outfits, and the stunning purple and silvers for the finale were magical.

As you probably can imagine, over the years I have seen and acted in many pantomimes; far too many to even think about trying to count, and so I thought therefore that I had seen everything there was to see on that front. The Garrick's production yesterday proved me wrong - showing me that you can indeed show an old dog new tricks!

Among other things, I have never before seen the song sheet voting done by asking the MD, nor have I ever witnessed a show where so many children are brought up on stage to participate in it, losing count around 80! And whilst we're on the subject of the song sheet, I don't ever remember hearing one which tells the audience the evil character in the panto {in this instance Snow White's step mother, Queen Belladonna} isn't really that bad!

I won't give away the last trick up your sleeves, but I've never experienced that before either; although if I'd have looked up at the rig I might have had a clue!

Queen Belladonna {Ros Greenwood} made the absolute most of her evil role. With great make-up and costume, she really enjoyed being evil and the audience enjoyed booing her. Her transformation into old crippled woman was superbly done. Phil Edwards as Dame Daffy Dumplings pitched his cheek and banter just right, working well with the audience, especially Christine! (Round of applause for Christine!!) The youngest member of the principals was Dan Ellis, playing Muddles. The way he reacted and interacted with both cast members and audience was unique. His style, slightly acerbic and slightly camp, suiting perhaps a Dame better, but too young and too energetic to be anything other than his present role. It took me a little time before I latched on to his wavelength but once I did, his cutting asides to the audience and his never keeping still not even for one second, actually worked in his favour. 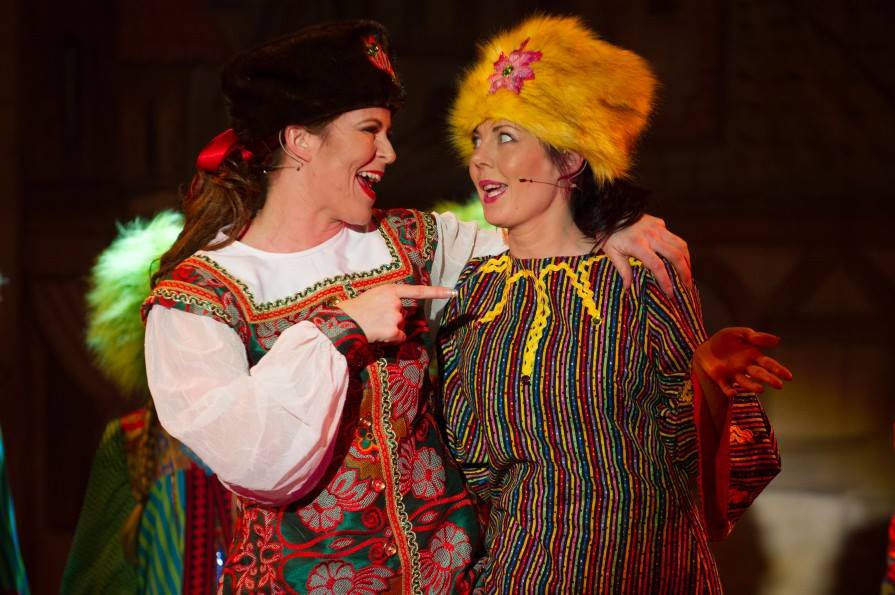 I am not going to mention all the cast, but I am going to say that the seven dwarfs; (quickly taking Spellcheck off!) Bizzy, Dizzy, Jizzy, Izzy, Quizzie, Tizzy and Whizzy {Finn McCarthy, Lara Cannon, Tom Langford, Mia Simpson, Isabelle Tiernan, Libby Tiernan and Lucy Potts} were great. A massive thumbs up to all of you!

The directing was very solid by Alan Clements, and, opting most wisely for a very traditional family version of this well-known story, he managed to bring out the best in all the cast, finding some lovely moments between principals and / or chorus. Everyone worked so well together, and all were so obviously enjoying themselves, and this shone through. He even produced a truly brilliant UV routine, and the "If I Weren't In Pantomime" song and routine, using the older girl members of the chorus was inspired and excellent.

Snow White continues its run at Altrincham Garrick until 3 January, so there is still a little time to catch it and bring some festive cheer to the "after-the-25th-blues"! Looking at their 2016 season, I am feeling very excited. There are some really interesting productions on their way, and since this panto has set the bar already really quite high for me, I am now very much looking forward to watching their new year's offerings.