Scanner: How To Make Art From Life - The Lowry, Salford

We went into this performance, with no idea at all of what to expect. The descriptions were vague and after seeing Scanner, I can understand why. It really transcends explanations.

Scanner is a digital sound artist and for the first 45-50 minutes of the evening, we were shown some artsy films, with Scanner creating and "performing" the digital score live. I say "performing" because there was not really anything particularly performative about it. In fact, aside from some knob twiddling and rhythmic head bobbing, there was not a whole lot of indication as to what he was doing - for all we knew, he could be playing Solitaire on his computer set up.

At first this bothered me. I couldn't understand what the "point" was. Sure, the films were cinematically stunning and there was no denying that the soundscapes really made the experience, but I wasn't sure if I would have noticed whether they were being played live or not. Don't get me wrong, the sounds were hypnotic and for some of the more abstract films, including things being dropped slowly in reverse and what looked like blood creating patterns in water like a gruesome Rorschach test, I felt myself entering an almost medative state. But I just wasn't 100% sure that I 'got' it. 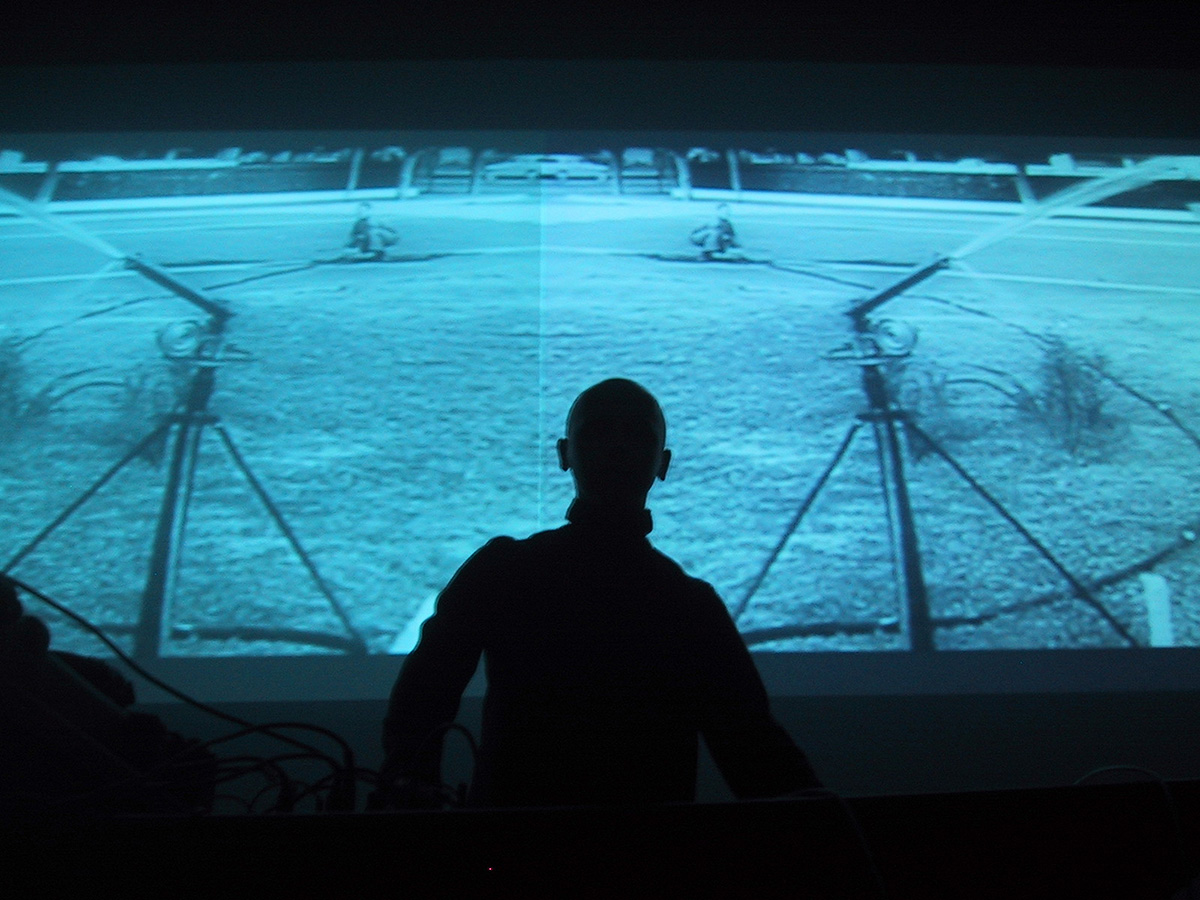 Then came the second half of the evening, where Scanner gave a short presentation about his work, and suddenly everything clicked into place. He has such a warmth and genuinely likeable presence on stage and even when discussing quite complex ideas, does not come across as pretentious, just very interesting. Scanner has created huge living soundscape and sculpture collaborations, made the ambient sounds for a morgue and helped heal bodies with sound frequencies. He told all of these stories with rawness and humour and the performance art geek inside me was enthralled. Knowing this history made me appreciate the first section more.

Now 25 years into his career, Scanner rarely does live gigs as he did this evening, and I feel truly honoured to meet the man behind the music in such an intimate setting as the Studio at the Lowry. That said, it was very artsy, and I can't have imagined taking along my mum. I guess you could say that it is not for the faint at heart.